White House press secretary Jen Psaki has spread disinformation repeatedly from the podium while speaking about the Disinformation Governance Board, claiming its “work” was present under the Trump administration.

Psaki’s go-to defense of the establishment of the board under the Department of Homeland Security (DHS) is a continuation “of disinformation-related work that began under the prior administration.” One of the key bodies countering disinformation founded under former President Donald Trump, the Countering Foreign Influence Task Force (CFITF), was renamed by the Biden administration when he came into office the Mis-, Dis-, and Malinformation (MDM) and was modified to focus on domestic rather than foreign threats, two Trump DHS officials told the Daily Caller.

“The CFITF was focused on foreign influence – particularly as it related to elections. The current MDM description from DHS takes the word ‘foreign’ out of the title. It’s clear that MDM, as it’s currently defined, is also looking at domestic communication,” Chad Wolf, former acting secretary of the DHS, told the Daily Caller.

The Cybersecurity and Infrastructure Security Agency (CISA), was created in 2018 under Trump to counter cybersecurity threats. In May of 2018, “a Countering Foreign Influence Task Force (CFITF) was established within CISA’s predecessor agency,” according to CISA’s website, and was tasked with “helping the American people understand the risks from” MDM.

CFITF was modified by the Biden administration in 2021 to officially change its name to MDM, and its “mission evolved to reflect the changing information environment,” according to its website.

The Biden-era DHS, its assistant press secretary and the CFITF did not respond to several requests from the Daily Caller to say why the name change was necessary, and what the new “mission” of the MDM is.

The MDM is now “charged with building national resilience to MDM and foreign influence activities,” the website reads. It also mentions that MDM campaigns are waged by both “foreign and domestic threat actors.”

A “Disinformation Stops With You” resource listed on the website states disinformation can be spread by “foreign states, scammers and extremist groups.” An election MDM resource states “Russian, Chinese, and Iranian state-sponsored elements, as well as domestic extremist groups,” are the primary culprits of spreading MDM.

“When it comes to disinformation, it’s clear that DHS, under President Biden, is making this a core responsibility – to include in the domestic context. They are also politicizing the issue as they have established a Disinformation Governance Board in the Secretary’s office. They have taken control of combating foreign influence away from operating components, where decisions were largely made from career civil servants, and moved that power to the Secretary’s office. On top of that, they have appointed a highly controversial and partisan individual to head that board” Nina Jankowicz, Wolf continued.

DHS Secretary Alejandro Mayorkas said the Disinformation Governance Board, which he first mentioned April 27 in a Senate hearing, wants to “develop guidelines, standards, guardrails to ensure that the work that has been ongoing for nearly 10 years does not infringe on people’s free speech rights, rights of privacy, civil rights and civil liberties.” He echoed Psaki in saying that the “work” was being done under Trump, and claimed that the board will focus on foreign surveillance, not domestic.

A DHS spokesperson told the Daily Caller “the Disinformation Governance Board is an internal working group that was established with the explicit goal of ensuring … Americans’ freedom of speech, civil rights, civil liberties, and privacy,” noting that the group has no “operational authority or capability” and that Psaki has said the DHS has worked to address disinformation “for years and throughout multiple administrations.”

Acting Deputy Chief of Staff for the DHS under Trump, Lora Ries, told the Daily Caller that the Biden administration’s DHS focuses on “content” rather than harmful “foreign adversaries,” and that Trump would have never started a Disinformation Governance Board.

Former Deputy DHS Secretary Ken Cuccinelli told the Daily Caller that the board “is an entirely new creation of their own making,” called it the “Ministry of Truth,” and said there is “no way” the Democrats will operate the board “well.” “It is one of the most philosophically alarming things produced by this administration,” he added.

“The Biden Administration has changed the focus from foreign adversaries seeking to harm American cybersecurity and infrastructure to focus on content. This paved the way for this Disinformation Governance Board that will surely be weaponized against Americans. The government should not be the arbiter of truth or ‘misinformation.’ We Americans have learned the hard way that ‘misinformation’ is often just information the left doesn’t like,” Ries said.

“Instead of focusing on foreign terror threats and securing the homeland, particularly the border to prevent such threats from entering the U.S., the Biden Administration appears more interested in using the national security state to target concerned parents at school board meetings and Americans rightly skeptical about government’s own coronavirus disinformation. This administration prioritizes the wrong things. Secretary Mayorkas, like the Biden Administration, has turned inward – away from foreign threats and against Americans, in particular political opponents, who they label as ‘extremists,’” she concluded.

The newly appointed leader of the Disinformation Governance Board, Jankowicz, who will be in charge of determining what disinformation is, has been criticized for spreading disinformation about Hunter Biden’s laptop. She also supported the Steele Dossier, which Daniel Hoffman, a former CIA officer, said was possibly “part of a Russian espionage disinformation plot.”

Mayorkas and Psaki have defended Jankowicz, calling her an “expert” in disinformation.

Republican senators have questioned Mayorkas, exposing that he did not know about Jankowicz’s TikTok videos, nor about her Hunter Biden claims before she was appointed. (RELATED: Disinformation And Wizard Rock: Meet Biden’s New ‘Minister Of Truth’ At DHS)

Wolf concluded by calling on the DHS “to provide the American people transparency as to what the Board is and was planning to do, and why the Department chose to put on an overtly partisan individual in charge who could easily be accused of spreading disinformation herself prior to her government service.” 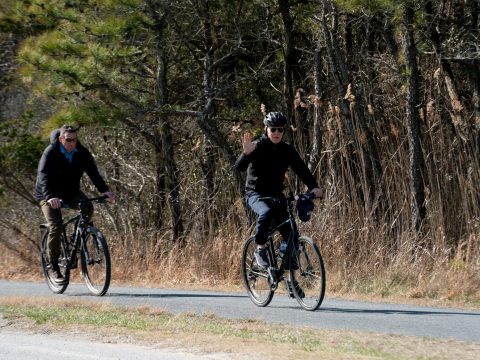 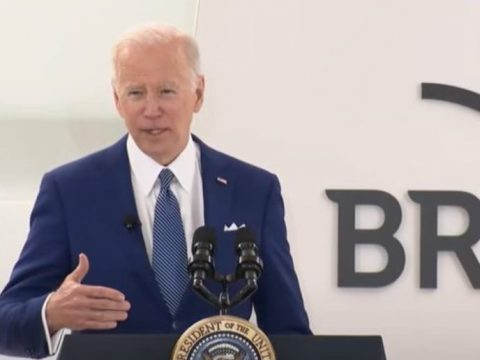 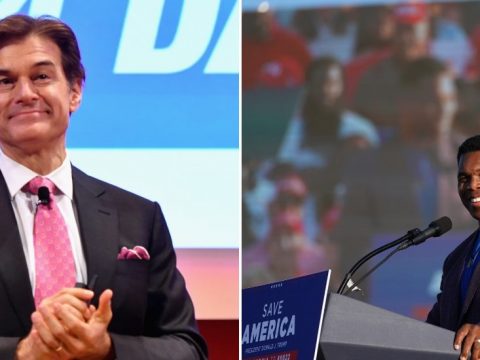 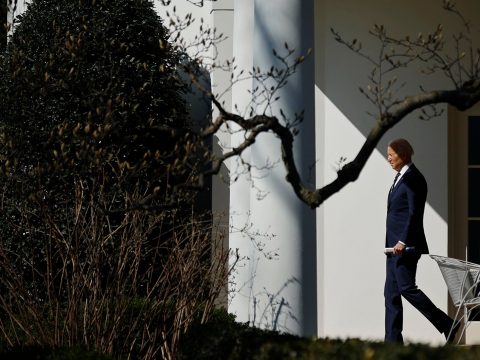