Rep. Mo Brooks (R-AL), who is running for Alabama’s open Senate seat, says President Joe Biden is “absolutely in violation” of the United States Constitution by failing to protect states from the “invasion” at the U.S.-Mexico border.

During an exclusive interview with SiriusXM Patriot’s Breitbart News Saturday, Brooks detailed his recent trip to the border where he witnessed federal immigration officials effectively welcoming border crossers and illegal aliens to the U.S. by loading them on buses before taking them to a processing site, where most are likely to be released into the nation’s interior.

“There is no border security,” Brooks said.

“It is outrageous and in my judgment, it violates Article 4 Section 4 of the United States Constitution that requires the federal government to protect states from an invasion … most people think of [an invasion] as an armed force like an army. Nope, that’s not what the word ‘invasion’ means, it’s not so limited,” Brooks continued. “It includes the illegal activity that we’re seeing on our southern border and Joe Biden is absolutely in violation of Article 4 Section 4 of the United States Constitution.”

Brooks said border states ought to “start enforcing their own border and declare the federal government and the president in violation of its contractual agreement … to defend these states from invasion.”

Such a case, Brooks said, would go to the Supreme Court where he said border states would likely prevail in their case against the federal government. On a national level, Brooks said Americans must oppose Democrats and “wimpy Republicans” who are backed by corporate special interests.

“We’ve elected people who on the one hand, the political power from importing all of these folks by and large on welfare … and so that’s a made-for Democrat vote,” Brooks said.

“And on the other hand, we have special interest groups who are paying tens of millions of dollars to elect wimpy Republicans in Republican primaries — people who will be for open borders and will say nothing about importing cheap foreign labor no matter how much damage it does to destroy American families,” Brooks continued.

Among those Republicans, Brooks said, is one of his Alabama Republican Senate primary opponents — Katie Britt.

“The open borders, special interest groups around America, they have looked at the six candidates running for Senate in Alabama and they have chosen Katie Britt as the weakest on border security,” Brooks said.

“They are investing millions, if not tens of millions of dollars, on trying to get an open borders, cheap foreign labor candidate elected to the U.S. Senate and they have chosen Katie Britt as that candidate,” he continued.

Britt, the former president and CEO of the U.S. Chamber of Commerce’s Business Council of Alabama, recently held a fundraiser filled with associates of the failed “Never Trump” movement. Donald Trump Jr., previously called her “the Alabama Liz Cheney.”

The Republican primary in the race is on May 24. 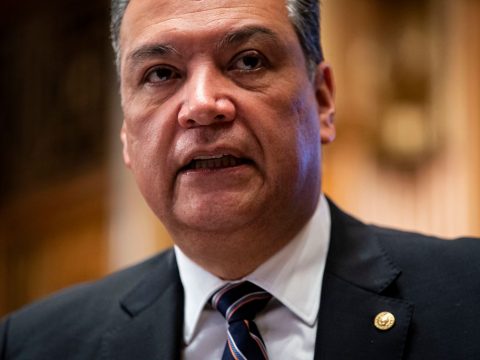 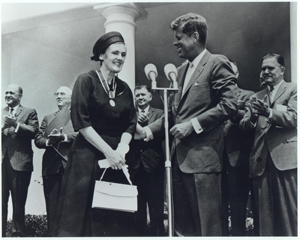 0 37
Is the FDA Working for Drug Makers or Drug Users?