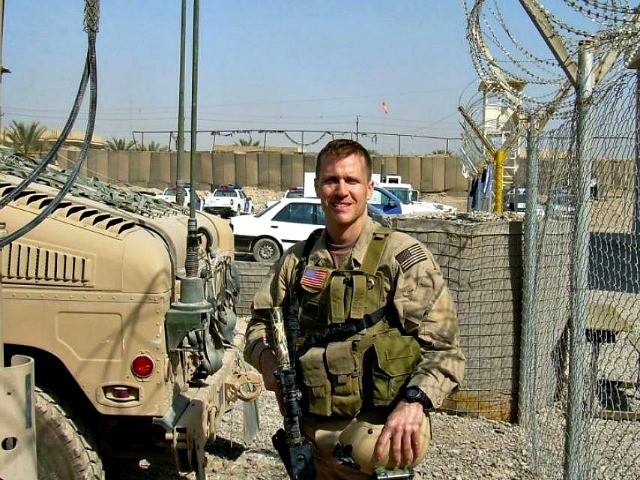 Breitbart News Saturday opened the show discussing recent polls that shows Greitens is up by 20 percent in his Senate race. Greitens attributed his commanding polling lead to his campaign’s America first rhetoric.

Boyle asked Greitens why he came out against Senate Republican Leader Mitch McConnell (R-KY) on the campaign trail.

It’s really simple, Matt. the American people, all of your loyal listeners, need to have leaders who are willing to fight for them. And what we’ve seen time and time and time again is the Republican establishment and the RINOs, they turn. They turn on President Trump. They turn against the American people. We saw all of that on January 6, we saw with the election integrity fights. We even saw it with things like Joe Biden’s absurd infrastructure plan.

I was the first person in the country who said that when I’m in the Senate, I’m voting for new leadership.

No More RINOs. I’m not voting for Mitch McConnell. pic.twitter.com/qqsxG25gOr

Greitiens then emphasized his record as Missouri governor as evidence of how hard he would fight for Americans in the U.S. Senate.

As governor, we defeated Black Lives Matter, defeated ANTIFA, took on the establishment, took on the regulatory state. We did all of that. And a lot of times Matt, [our] biggest battles were not with the Dems,” he said. “The biggest fights we had were with the RINOs in the Republican establishment who wanted to keep playing games.”

Boyle then brought a recent Quinnipiac poll that shows Biden’s approval rating is at 33 percent amid failures with Afghanistan, rising inflation, and an influx in migrant crossings at the border. Greitens called it a “historical moment” where we have “absolute weakness abroad” and massive domestic troubles.

“The world sees what you see and all of your listeners see, which is Joe Biden’s weakness,” Greitens said.

The former governor discussed the atrocities he saw while on a recent visit to the U.S.-Mexico border.

Greitens mentioned standing up and fighting to make the Republican Party a “true America first party” as a solution to the left’s assault on our country.

We have to get involved at the local school board elections. We’ve got to man all of the ballots, all of the jobs at every election just like folks did in Virginia so they can’t steal another election. We can take our republic back, but everyone is going to have to step forward and act with courage.

Boyle and Greitens next talked about the recent U.S. Supreme Court ruling against Biden’s OSHA vaccine mandate. Greitens mentioned how the vaccine mandates destroy our armed forces and, in turn, strengthen our allies.

And you have hundreds of Navy SEALs who’ve stood up and said, I’m not going to take the virus. And what has the Biden administration done? They’ve threatened those guys to pull their Trident, that’s the symbol that we wear that shows that we’re a Navy Seal. They’re gonna pull their Trident, which means you’d have hundreds of guys yanked out of one of the nation’s elite special operations forces. Who does that benefit? It benefits China. It benefits Russia and benefits the Taliban. It benefits our enemies. It certainly does not make us stronger. It’s just another example of how we have got to stand up and fight against the Biden administration. No vaccine mandates, no mask mandates. We’ve got to fight at every level.

Greitens then highlighted the steps he would take to stand out in the Senate and separate him from the other Senators in the chamber, which involved calling Biden out for spending money in ways unauthorized by Congress.

Greitens also mentioned the need for senators who stand up against “woke admirals and generals.” “We need war fighters, not wokists,” he said. He also called out the “terrible fake committee with Liz Cheney and Adam Kinzinger” investigating the January 6 Capitol riots.

Boyle then switched the topic to the Chinese Communist Party, who he called “the greatest threat to Western civilization.” Greitens called out one of his Republican opponents in the Senate race for taking money from the CCP then allowing Chinese companies to purchase Missouri farmland.

“We have to counter that kind of infiltration we need to make sure that we’re protecting America’s intellectual property from theft, we need to counter the moves that China’s making in the South China Sea,” Greitens urged. However, he noted that these things would not happen under Biden’s leadership.

To conclude, Grietens touted former President Donald Trump’s foreign policy achievements and said, “we have got to take the presidency back in 2024.

All copyrights and legal uses attributed to content are located at the article origination: © Breitbart, Exclusive — Missouri’s Eric Greitens: The Left is ‘Actively Trying to Destroy Our Country’