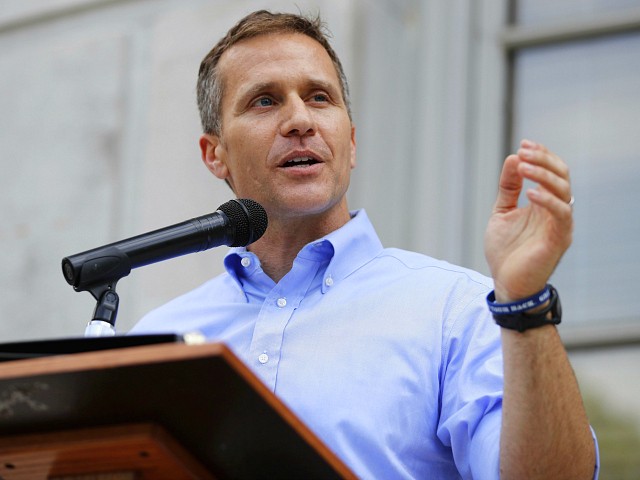 Breitbart News Saturday host Matthew Boyle began the show discussing Kyle Rittenhouse, who was found not guilty on Friday in the shooting of three men at a riot in Kenosha, Wisconsin, last summer. Boyle noted that citizen journalists who captured the incident on tape played a considerable role in the Rittenhouse verdict.

“Matt, look, this is positively Soviet what is going on. You have prosecutors attacking Kyle Rittenhouse in what is clearly a case of self defense,” Greitens said. “And what happens not only is he targeted by a political prosecutor, but then you have Joe Biden smearing his name and you have the corporate media piling on for months.”

“But the fact is his case should have never been brought. The fact is they’ve also dragged a kid through the mud. They’ve had his name smeared for months and you’re absolutely right. He should go out and he should sue them all,” Greitens said. “But the point is, other people may not have video produced by citizen journalists that helps to fully exonerate them.”

Greitens went on to criticize the left for politicizing the justice system. “You look back at 2020, all of the violence through the summer, and you have leftist Soros-funded prosecutors who said that they are not going to prosecute people who are looting who are burning, who are engaged in arson, who are engaged in rioting.”

“Prosecutors are not supposed to make political decisions about who they prosecute, but unfortunately, that’s what the left is doing,” said Greitens. “And that’s why conservatives and Patriots have to stand up around the country to defeat the left because they are trying to destroy the justice system.”

Boyle then mentioned the leftist policies conservatives fight against are a “machine,” and there are tons of people who are targeted by the media in the same way Rittenhouse was, just by nature of their conservative values.

Greitens then emphasized the importance of conservatives fighting for their constituents in the same way liberals fight for theirs.

“Normal people say look at this and they think Wow, man, the left really goes after their enemies. And it’s why we have to have at this moment, conservatives and patriots who recognize the true nature of the evil that we are facing and stand up and fight against it,” he said. “And frankly, that is one of the reasons why I am running for the U.S. Senate. It is because we haven’t got to fight the left. We’ve got to fight the mainstream media and we also have got to take on the RINOs, who so often enable the left by cooperating with them.”

Boyle mentioned that Greitens came out and said he would not support Mitch McConnell (R-KY) for Republican leader in the U.S. Senate, then asked him what he is looking for in a potential Republican senate leader.

Greitens attacked McConnell for being a RINO, which stands for “Republican in name only.”

“Well, first of all, Matt, no more caving RINOs, okay, that’s what the American people recognize. This is so often we have Republicans who had an ‘R’ next to their name or who stabbed President Trump in the back,” Greitens said. He went on the criticize the Republicans for supporting the Democrat $1.2 trillion infrastructure bill and pointed out that Republicans could have passed an infrastructure bill under Trump.

I was the first person in the country who said that when I’m in the Senate, I’m voting for new leadership.

No More RINOs. I’m not voting for Mitch McConnell. pic.twitter.com/qqsxG25gOr

Greitens then criticized the Biden administration for pushing critical race theory in the U.S. military, despite the military being “the most integrated institution in the history of the planet.” “Everything the left touches they seek to destroy. And if you want to destroy the U.S. military, you get in there with all of that leftist nonsense, the critical race theory which is designed to divide people,” he said.

To wrap up the interview, Boyle asked Greitens if there were any potential senators he would like to see replace McConnell.

“Matt, what I’m looking for somebody who’s willing to stand up and fight against the left,” said Greitens. “You mentioned for example, Rand Paul. One of the things he’s done such a good job on is standing up to the COVID tyranny that the left has been pushing.”

“Rand Paul stands up, and he’ll go toe to toe, actually, with Dr. Fauci. Exposed Fauci’s lies. He’s been willing to drive hard to expose the origins of the coronavirus, and he’s been willing to truly look at the science and the data, which exposes so much of the leftist nonsense.”

“We need to have fighters like that on coronavirus, on standing up to communism, on taking on critical race theory,” he said. “So what I’m looking for is to be part of a generation of leaders that’s going to come in and make sure that everybody sees that the Republican Party is an America First party, we’re not going to back down. We’re going to fight against the left and we’re going to take our republic back.”

All copyrights and legal uses attributed to content are located at the article origination: © Breitbart, Exclusive— Missouri’s Eric Greitens on Those Who Smeared Kyle Rittenhouse: ‘He Should Sue Them All’ 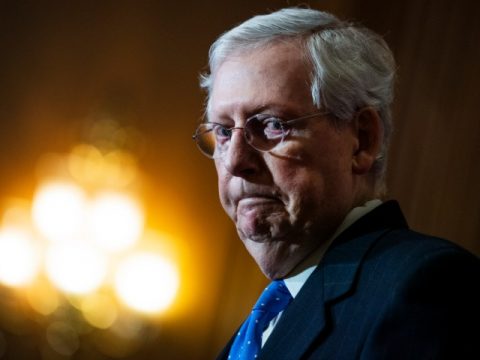