Freedom Convoy Canada leader and spokesman B.J. Dichter told Breitbart News that establishment media outlets and politicians maligning the trucker movement as “racist,” “white supremacist,” and desecrating war memorials are spewing “fake news hoax hate” that does not affect the movement “at all.”

Prime Minister Justin Trudeau said of the anti-mandate protesters “We are not intimidated by those who hurl insults and abuse at small business workers and steal food from the homeless. We won’t give in to those who fly racist flags. We won’t cave to those who engage in vandalism or dishonor the memory of our veterans.” 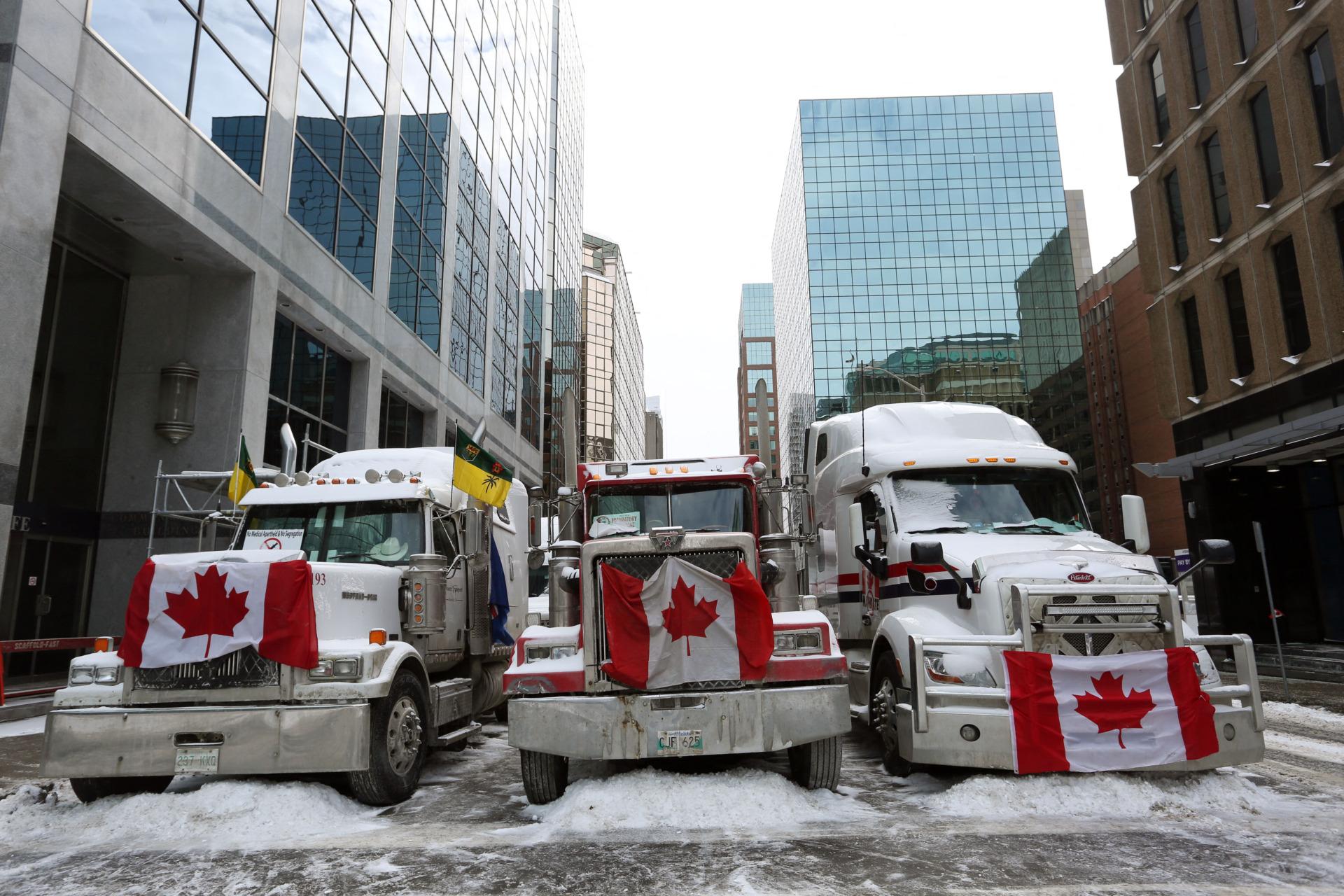 But when Dichter hears the claims, which are parroted by the establishment media, he says, “I laugh, and I make fun of him, and I post memes. It’s fake news hoax hate. I mean that’s all it is, right? He’s a moron.”

“Who do you trust if you’re the average person?” he asked. “Do you trust your average, working class person who has zero political ambitions, or do you trust a politician?”

Comparing the United States to Canada, Dichter said, “Both of us have a mascot in power who is not making any of the decisions, but is authoritarian by nature, and there’s a group of weasels behind them.”

“Justin Trudeau has no idea what’s going on,” he told Breitbart News. “They keep him completely isolated. He doesn’t read the media, he doesn’t participate in anything political, because he always hated politics – wanted nothing to do with it. It was his wife’s family, and it was the party that wanted his name to get elected. He’s not making any decisions.”

“Well, I don’t think dementia-ridden Joe Biden is making any decisions, either,” he continued. “They just wheel him out to be Joe Biden, you know, to choke on some soup, say something stupid, and then everybody behind the scenes are the ones who are running the show. So both countries are in the same predicament right now.” 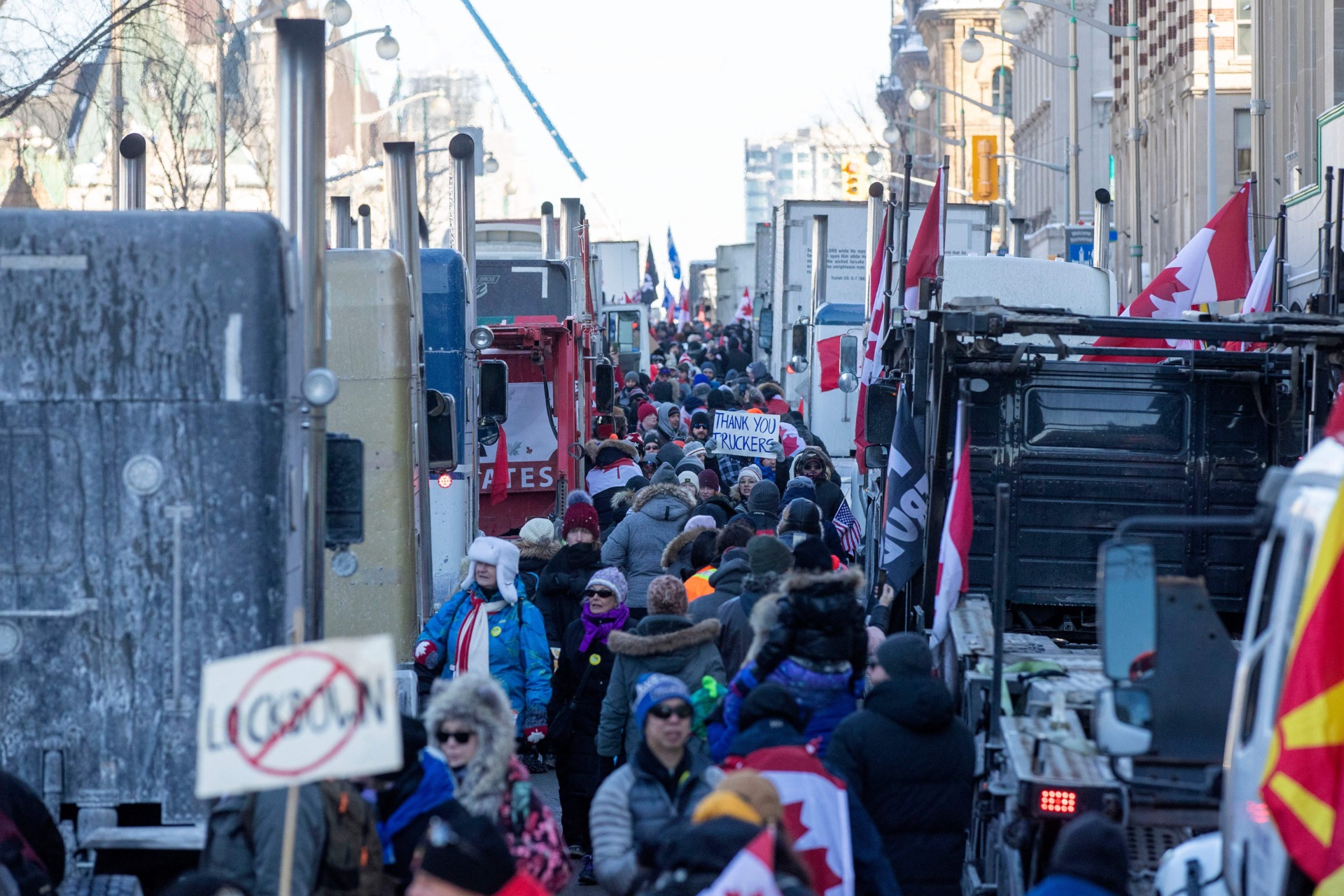 Supporters arrive at Parliament Hill for the Freedom Truck Convoy in Ottawa, Canada, on January 29, 2022. (LARS HAGBERG/AFP via Getty Images)

When asked how Canadians view establishment media outlets, Dichter told Breitbart News, “I think people are increasingly skeptical of what they’re being told in the media, because, you know, they keep doubling down on this ‘don’t believe your lying eyes’ strategy.”

“People can see very clearly that none of that is happening, especially here in Ottawa,” he continued. “They see that, you know, they set up a soup kitchen for the homeless here, that they were feeding them. I’m not sure how that becomes violent people.”

Dichter went on to describe how he called out the establishment media when they reported about truckers desecrating war memorials and partaking in other vandalism.

At a speech “to 30-40-50,000 people in minus-30 degrees,” he said, “The fake news got really upset, that’s when they started to try to just smear me and publicly shamed me, because I said on stage, ‘Let me tell you about the fake news.’: today’s fake news story — that day — was that somebody in the trucking convoy parked on the war memorial, and how disrespectful it was.”

“But what they omitted was where the trucker parked was the actual parking spot that the media usually parks in when there’s an event,” he explained. “So, I imagined they’re just upset that we took their parking spot, and that’s how they’re lashing out.”

“Well then the next day, [the narrative] became, ‘Oh, somebody desecrated the Tomb of the Unknown Soldier,’” he continued. “and then two days after that, when that kind of stuck but not really, it became — [after] somebody took a picture of water around on the outskirts of the war memorial — like, ‘Oh, somebody urinated at the war memorial.’”

“When they keep changing what the outrage is, you know it’s fake,” he concluded. 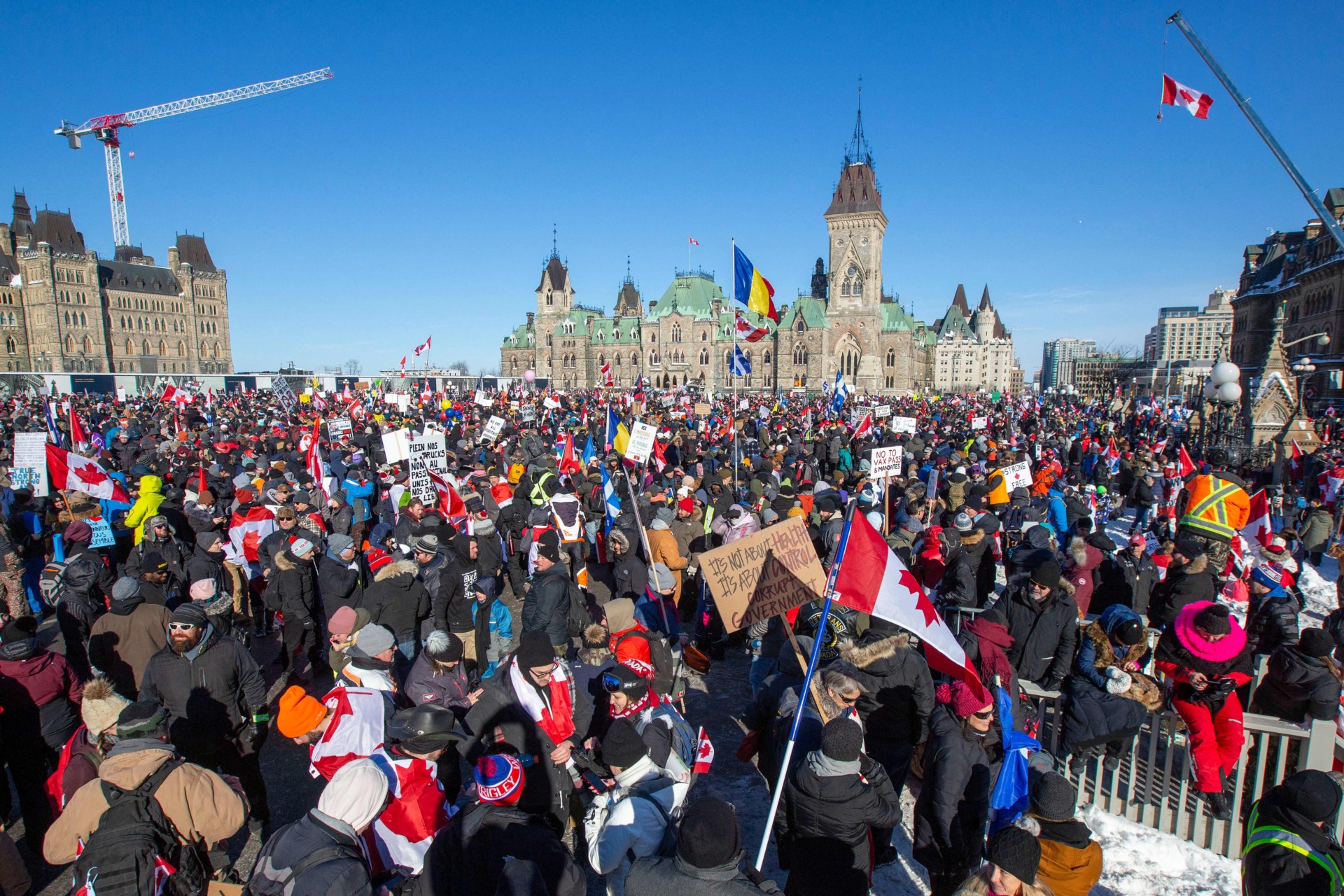 Supporters gather at Parliament Hill for the Freedom Truck Convoy in Ottawa, Canada, on January 29, 2022. (LARS HAGBERG/AFP via Getty Images)

As Breitbart News reported, “Police in Ottawa have stated that they have intelligence that the number of protestors joining the Freedom Convoy to protest vaccine mandates and Wuhan coronavirus restrictions will increase this weekend.”

Dichter also told Breitbart News that the relationship between the Freedom Convoy and the Ottawa police is “very positive” based on mutual respect, grounded in military veteran status and Canadian patriotism.

All copyrights and legal uses attributed to content are located at the article origination: Washington Examiner 1 Exclusive — Freedom Convoy Leader: 'Fake News Hoax Hate' Not Affecting Movement 'At All' 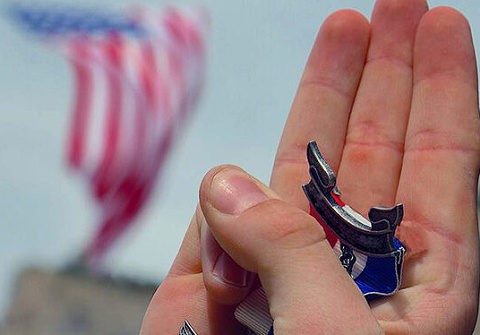 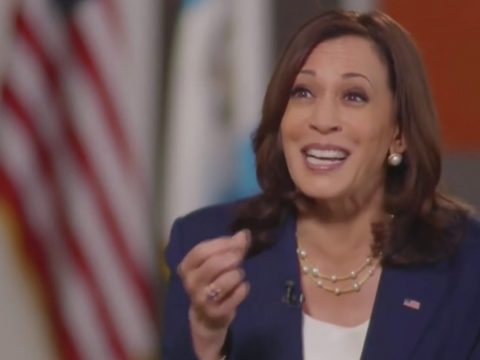 0 694
‘I Don’t Understand The Point You’re Making’: Harris Deflects When Pressed By NBC On Absence At The Border 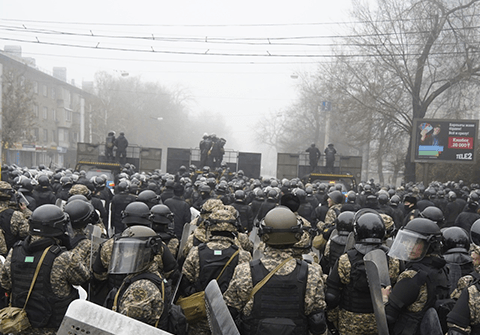 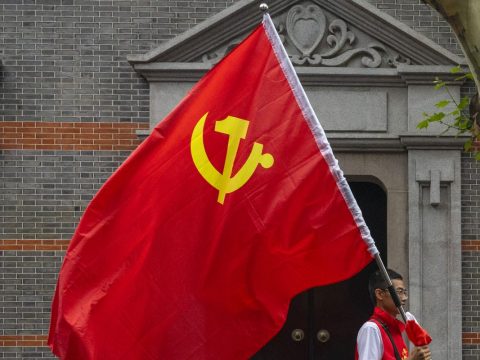