Family Research Council Action (FRC Action) is arguing in an ongoing lawsuit that President Joe Biden’s “authoritarian” air travel mask mandate is “no longer warranted” because of the Centers for Disease Control and Prevention’s (CDC) decision to roll back Title 42.

Title 42, first imposed by former President Donald Trump, grants a broad authority that allows federal immigration officials to quickly return border crossers and illegal aliens to their native countries. The CDC announced on April 1 that Title 42 will end on May 23, though Biden officials have admitted ending Title 42 would likely lead to a wave of border crossers and illegal aliens at the border. The policy shift could result in potentially 500,000 people arriving at the border every month, more than double the current illegal immigration levels.

Ken Blackwell, who is in the leadership of both the FRC and the America First Policy Institute, said President Joe Biden has used the pandemic to attempt to “fundamentally transform America.”

“Biden and his team of leftists have used COVID as an excuse to push all sorts of authoritarian mandates, attempting to fundamentally transform America,” Blackwell told Breitbart News exclusively. “The Mask Mandate is one such illegal overreach. We hope the courts will vindicate the rule of law by stopping this senseless and unreasonable power grab.”

FRC Action’s admonition of the CDC’s flagrant attempt to allow border crossers to flow unfettered across the nation’s border is part of a larger lawsuit against Biden and various other health and transportation agencies. Powerhouse D.C. law firm Schaerr-Jaffe filed a complaint on March 23 in the Northern District of Texas, arguing the Biden’s mask mandate for air travel violates the Administrative Procedure Act (APA) because it is “arbitrary and capricious,” and not supported by science. The mandate was set to expire of March 18, but the Biden administration extended it until April 18 without providing updated, science-backed reasoning for doing so — and without the promise that it would not extend the mandate again.

The complaint alleges that there is “no significant link between wearing masks and slowing the spread of COVID-19,” and noted that the air on commercial airlines is among the “cleanest and safest of any environment on earth.” The filing also points to “growing scientific literature” documenting the harms of mask wearing, especially for children.

But in a newer brief filed on April 4, the law firm contends that the CDC’s rolling back of Title 42 further invalidates the already “arbitrary and capricious” mask mandate. The brief reads:

But if the most recent science says that COVID-19 has become such a minor matter for public health that Title 42 protections to prevent those entering the country from intermingling with the American public are no longer warranted, then that science reinforces the conclusion that the Mask Mandate is, at least at present, arbitrary and capricious.

The brief lists several scientific discrepancies between Biden’s mask mandate and the CDC’s reasoning for rolling back Title 42 protections as proof the Biden administration has not been enforcing its mask mandate based on science.

The brief reads in part:

The opening paragraph of CDC’s April 1 decision makes clear, at a minimum, the arbitrariness of maintaining the Mask Mandate in force now: “Based on the public health landscape, the current status of the COVID-19 pandemic, and the procedures in place for processing of covered non-citizens, taking into account the inherent risks of transmission of SARSCoV-2 in congregate settings, the CDC has determined that a suspension of the right to introduce such covered non-citizens is no longer necessary to protect U.S. citizens, U.S. nationals, lawful permanent residents, personnel and non-citizens.”

The brief points out that the CDC order ending Title 42 protections listed natural immunity as a “significant factor” in preventing the spread of COVID-19 — and yet Biden’s air-travel mask mandate has no exceptions for Americans who have natural immunity from a previous infection.

The Title 42 decision also pointed to high public vaccination rates as a reason to roll back protections. That line of reasoning was also not included in Biden’s overarching air travel mask mandate, the brief continues, concluding:

In short, The Mask Mandate was already arbitrary and capricious prior to March 18, 2022. It became moreso when Defendants extended it through April 18, 2022. Now, with this Title 42 termination announcement, it is nothing short of farcical to say that the Mask Mandate should continue even one more day. Instead of adapt as new evidence has come to light, Defendants have doubled down with policy statements that are ‘conclusory, unsupported, and thus wholly insufficient.

FRC Action is asking District Judge Reed O’Connor to grant either a Temporary Restraining Order (TRO) or a preliminary injunction against Biden’s mask mandate for air travel before April 16, when one of the plaintiffs, Texas State Rep. Matthew Krause (R), is expected to fly. The brief alleges that members of FRC Action (which Krause is a member of) will experience irreparable harm if they have to abide by Biden’s air travel mask mandate because of the cost incurred by purchasing face masks and from being made to comply with a mandate not rooted in reason and proper regard to scientific facts.

Judge O’Connor ordered the Department of Justice (DOJ) to file an opposing brief by April 12. FRC Action must respond by April 15, potentially setting the stage for O’Connor to rule before Biden’s air travel mask mandate expires.

The case is Family Research Council Action Inc. v. Biden, No. 4:22-cv-209 in the United State District Court for the Northern District of Texas. 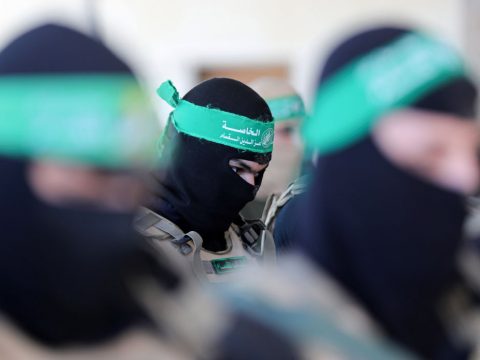