ORLANDO, Florida — Rep. Darrell Issa (R-CA), who was chairman of the House Committee on Oversight and Government Reform during former President Barack Obama’s scandal-ridden administration, told Breitbart News exclusively that Republicans are “preparing” for an oversight onslaught after the midterm elections in which they will hold President Joe Biden accountable.

Issa, whose high-profile battles with Obama included the IRS targeting scandal, the Operation Fast and Furious gun-walking scandal, the Benghazi terrorist attack scandal, and more, said after the 2022 midterm elections many new faces will join the ranks of oversight veterans like himself and Rep. Jim Jordan (R-OH) in the halls of Congress. Issa memorialized his efforts in a book titled Watchdog, and predicted in an interview with Breitbart News that legions of new incoming Republicans will follow his example in future such battles with Biden.

“We’re going to have 60 plus new Republicans take this majority and many of them have only watched on C-SPAN,” Issa said in an interview at the Conservative Political Action Conference (CPAC) hosted by the American Conservative Union (ACU) in central Florida late last month.

”You’ve got to believe that Congress’s other duties pale in comparison to being a watchdog,” Issa said when asked what’s his advice to the incoming members who want a piece of Biden. “Yes, we make the laws, but of course laws are meaningless if agencies create rules or ignore the laws and just do what they want to do like they have with FISA warrants or the way the EPA has twisted and tormented existing laws, or the president has issued executive orders that he had no authority to do. We’re the appropriators. We determine every penny that gets spent. But if we don’t look at whether it got spent the way it was intended, whether there was waste, fraud, and abuse, or whether they completely ignored the law and spent it the way they wanted to, then we have nothing. So I can look at every part of our jobs and the things we know that are important to Congress and say none of them matter if you don’t follow up with oversight. That’s my lesson to the class I came back into Congress with and that will be my lesson to the 60 to 100 new Republicans that I believe are going to want to do just that. They’re going to want to hold this president accountable and they’re going to understand that he’s been basically looking at laws and appropriations as a starting point, not as guidance from Congress.”

Issa noted that Republicans are currently “preparing,” laying the groundwork for the coming subpoena wars that will begin in earnest early next year when the GOP—assuming Republicans win the House back—retakes the committee gavels in the House and possibly the U.S. Senate. The man who sits in the spot he did back then before the 2010 midterm elections, House Oversight Committee ranking member Rep. James Comer (R-KY), and others like Jordan and himself and Rep. Jim Banks (R-IN)—the chairman of the Republican Study Committee—have been laying the groundwork for subpoenas already.

“A lot of what you do is you send out letters. Jim Jordan, James Comer, and others—you’ll notice they’re sending out letters,” Issa said. “They’re not being responded to. But they’re asking the pertinent questions. That creates that list of ‘you’ve been asked, now you’re going to be subpoenaed. You’ve been asked. Now we’re going to have you come before the Congress and have to answer.’ This is something we did during that time we were in the minority. Ed Towns was my chairman. We knew what we were going to investigate because we sent out letters, even though almost never did we get a hearing or a response. The other thing is, and this is sort of paraphrasing the late Donald Rumsfeld, you don’t know what you don’t know. So the first thing you do is you’ve got to take that first step. You’ve got to ask for documents that will help you understand things you can’t understand. We can’t understand why they’ve made decisions to abandon Ukraine. We can’t understand why every single person who’s being thrown out of the military for not getting the COVID shots, even if they’ve previously been given religious exemptions, are being denied and they’re being denied it on forms that are identical in every case. What we don’t understand is who coordinated that? Who made a decision to ignore religious freedom? Who made a decision to trounce the First Amendment in a way it never has been done before? We’re going to have to ask that series of questions, get some answers, and then ask more questions. We’ll follow where that leads us to get to the truth because the American people need to know who really made that decision to destroy what we would consider 240 years of tradition and religious freedom.”

Issa said that as the GOP prepares for these oversight fights it is important that Republicans are better than Democrats.

“In some ways we will be, but I think it’s important to say we can’t just do to them what they’ve done to us,” Issa said. “We can’t shred bipartisan behavior that allows the other side to be heard. We can’t strip people of committees just because we can. We certainly can’t form a committee and pick which Republicans we have on there and have only Republicans with whom we agree. That undermines the confidence of the American people. We’ve got to play by the rules and win. Now, does that mean we’re going to have committees that are equal? No, we’ll be the majority and we will have more on our committee. We will be the chairmen and we will make the decisions and we will issue the subpoenas. Things will change and we are going to be aggressive. But we are also going to have some respect for the minority’s ability to be heard something that for whatever reason Nancy Pelosi in her last term ever has decided not to do.”

He also said that having strong backing from the eventual Speaker of the House—and the rest of the House GOP leadership—will be important. Sometimes, when Issa would challenge someone like then-Attorney General Eric Holder, then-Speaker John Boehner would not have his back—at least not immediately. Issa sees in House GOP leader Kevin McCarthy—the likely next Speaker of the House—someone who is much more unified with rank-and-file members on this matter during the Biden era than Boehner was during the Obama era, and he also praised House GOP whip Rep. Steve Scalise (R-LA).

“I have trust that Kevin McCarthy is more interested in getting to the truth perhaps than some others were, and Steve Scalise I have tremendous respect for—along with the rest of the leadership team, but I’ll just use those two because they were there the last time and they know what we went through and one of Kevin’s best friends in Congress is Devin Nunes,” Issa said. “He saw what the Democrats did when Devin tried to do legitimate oversight on highly classified stuff—basically debunking the Russian collusion hoax. He’s already been tested and he already stood as minority leader. He stood by people in a way I’m afraid John Boehner didn’t always do. John liked things—he didn’t like Pelosi coming in yelling at him. During Benghazi, he didn’t like some of the other chairmen coming in and saying ‘Oh geez, we don’t want to make the Army look bad, we don’t want to make the CIA look bad.’ Bullshit. We needed to make sure we got to the truth of why the ambassador was in a facility, why there was no relief for him, why in fact they died when they shouldn’t have died. Sometimes, you do have to have that kind of ‘Excuse me, but I’m not taking no for an answer and I’m not going to accept anyone who does’ [mentality]. That included John Boehner and it included some Republicans, but for the most part I had tremendous backing. Trey Gowdy and Jim Jordan never gave up and when the committee became a select committee they continued to push hard.”

Oversight, Issa argues, could make the difference between which party wins the White House in 2024. He argued that the work he, now former Rep. Trey Gowdy (R-SC), Jordan, and others did on the Benghazi scandal—and more broadly the Hillary Clinton email scandal—may have made the difference in the 2016 presidential election because the public was more informed about Clinton than people would have been otherwise.

“To a great extent, I think when Hillary Clinton failed to become president, you could look at 10,000 votes in Michigan and say ‘You know, knowing the truth about her activities and her secret server and so on probably made 10,000 votes difference.’ What they did and never quit doing made a difference. We just have to have that same conviction, that you don’t know how it’s going to end, but you’ve got to have the value set that says this is not a popularity contest; this is about getting to the truth.” 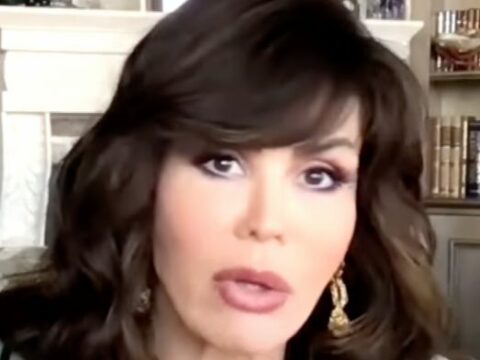 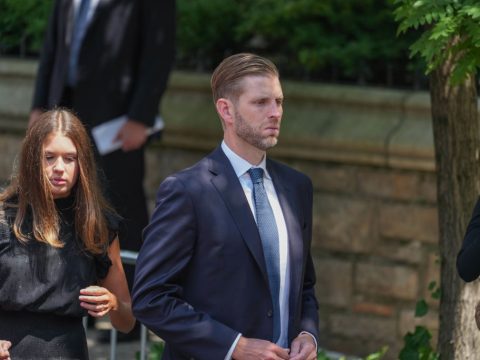 0 88
Eric Trump: FBI Found Nothing In My Father’s Safe