Former Vice President Mike Pence is set to speak at the University of Virginia on Tuesday evening after the school’s student-run leftist newspaper, the Cavalier Daily, tried to force the administration to ban the event.

Pence is speaking at a gathering sponsored by the university’s chapter of Young Americans for Freedom (YAF). Breitbart News spoke with YAF at UVA chairman Nick Cabrera as well as co-Editor-in-Chief of the Jefferson Independent — the student-run conservative newspaper — Will Mallas to get a gauge for the university’s political climate.

“It’s troubling that we have, you know, the main news source at the University of Virginia saying that speech that they disagree with should not be tolerated,” Cabrera said, referencing the Daily’s editorial board which recently penned a piece claiming Pence was “dangerous” and threatened student safety.

“We as an Editorial Board found ourselves questioning what should be protected under the premise of ‘diversity of thought’ and more importantly, what values we choose to accept on Grounds,” they wrote. “For us, the answer is simple. Hateful rhetoric is violent — and this is impermissible.” [Emphasis added].

“If the Cavalier Daily’s editorial board comments tell us anything of substance at all, it’s that they, more than anyone, need to come hear Mike Pence speak,” Cabrera continued. “Being afraid of hearing perspectives other than your own: that sets a dangerous precedent and increases the political divide that already exists at UVA.”

“That’s why Mike Pence is having an open Q&A session at the end of this speech, because he understands the values of freedom, the value of the First Amendment, and the value to discuss on differing beliefs in different perspectives,” he said. “So bringing him the grounds is really important. It really expands on Jefferson’s vision to advance human knowledge, educate leaders, and really cultivate an informed citizenry.”

Since Pence’s visit was scheduled, a battle over free speech has unfolded at the university.

The Daily‘s editorial was accompanied by several op-eds from students describing how dangerous and violent Pence’s visit was. These attacks prompted several responses, including from university president Jim Ryan and 17 faculty members who maintained Pence’s right to speak, regardless of whether they agreed politically.

“This speech-is-violence argument is not only wrong — no calls for violence will be issued April 12 — but also contradicts the letter and the spirit of the First Amendment,” the faculty op-ed said, “which generally creates space for a wide range of views to be expressed so long as the relevant speech does not incite violence.”

“It’s great to know that we have educated faculty members and educated professors, you know, just reiterating their commitment to the First Amendment,” Cabrera told Breitbart News. “So while I see dangerous tactics from the woke-left students at the university, I think it’s also being counteracted by the fact that we do have many professors at this university who are committed to the First Amendment and free speech.”

The Jefferson Independent responded with an editorial as well, saying the attacks on free speech did not come as a surprise.

“What should shock the greater community, however, is the Cavalier Daily’s sanctimonious assertion that its seven-member editorial board holds the full authority to define what constitutes free speech and what doesn’t,” it said in part.

The Independent was also critical of the university administration, despite their overtures in favor of free speech.

“The administration came out in full support of free speech and civil discourse, but only after it got heat in the national media. To me, it was really only them trying to save face after being exposed for all to see,” Mallas told Breitbart News. “They can say all they want in press releases about how they want to promote free speech, but they haven’t said a word when students have been smeared by other students or punished by the student-run judiciary council for believing in different things.”

Referencing another First Amendment issue at UVA involving a medical student’s removal for being critical of microaggressions, Mallas said “if the administration came out and apologized to these students, maybe their pro-free speech calls would carry more weight.”

File/A message in chalk is written on the ground as Stanford students stage a protest outside of Dinkelspiel Auditorium where former U.S. Vice President Mike Pence is scheduled to speak at the Advancing Freedom Lecture Series at Stanford University on February 17, 2022 in Stanford, California. His address is titled “How to Save America From the Woke Left.” (Justin Sullivan/Getty Images)

As the Jefferson Independent pointed out, the climate on Grounds is such that the Daily‘s editorial board feels fully protected espousing its anti-free speech rhetoric, whereas conservative students are often “afraid to speak their mind,” according to Cabrera.

Mallas told Breitbart News he overheard students talking about the Pence event in a way that displays how it is “forbidden … for regular students to say something that might even hint at validating someone who isn’t a leftist.”

“I didn’t even think him being allowed to come here and speak needed to be something we have to debate over, but now we’re supposed to thoughtfully consider cancelling?” the students apparently said.

“We even have students who write for the Jeff that ask for their articles to be published under pen names because they don’t want their classmates, professors, or coaches to see,” Mallas continued. “If so many students don’t feel comfortable giving their opinion, then obviously something must be wrong.”

Cabrera had a similar sentiment, telling Breitbart News conservatives on Grounds are “afraid of the repercussions they may endure for expression their opinions,” continuing that the Daily “knows and understands that.”

He believes the Daily likely did not expect such a backlash to their radical view, because “big tech and big media spreading lies about conservatives has become commonplace throughout the United States of America, especially on college campuses. And the Cav Daily is one of those examples that’s taking advantage of students becoming relatively complicit with what the media is telling them.”

For Cabrera, the goal is to “promote open dialogue” and put on display the virtue of the First Amendment.

But the playing field remains unequal to conservatives at UVA. 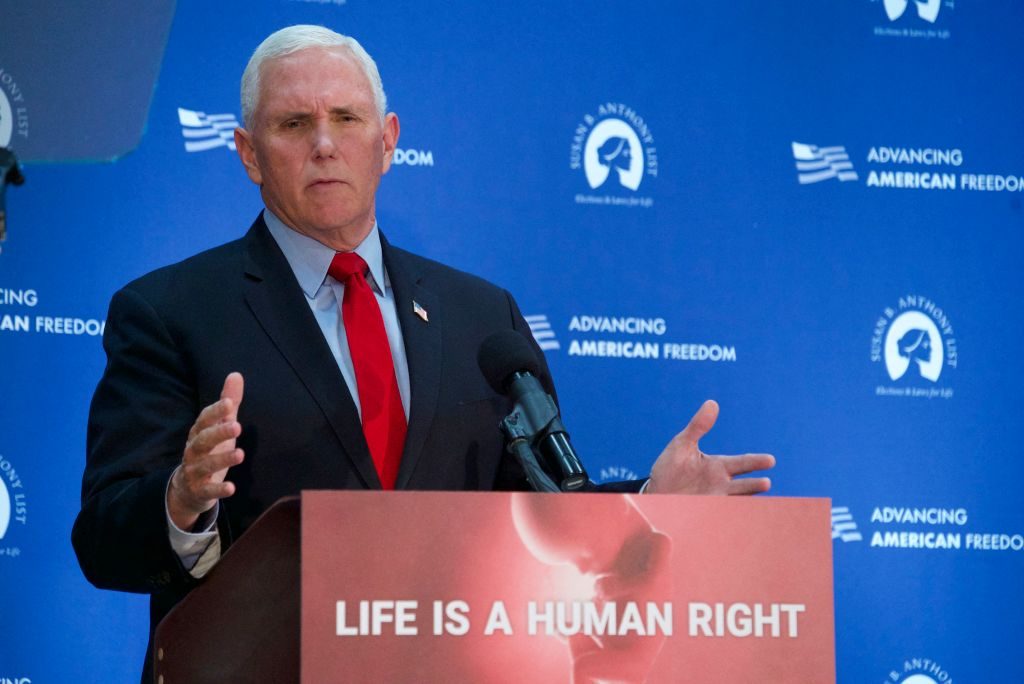 “It’s not every day that conservative speakers like Mike Pence are invited to the University and if it wasn’t for Young Americans for Freedom at UVA, people like him wouldn’t be brought to campus,” Cabrera told Breitbart News. “You know, we saw the University pay $33,000 to bring critical race theorist Ibram Kendi to the University, and you know, didn’t even bring him to the university — he was on a Zoom call for about a couple hours.”

“When we asked if they could pay for the venue, which is about just under $1,000, we were declined funding,” he said. “So it just shows where the priorities are at the University.”

“I came to UVA because of its history – intellectual curiosity and debate are at the core of it’s founding,” Mallas told Breitbart News. “You can see that just by walking on the Lawn where students live next to professors and chat on the rocking chairs. And figures like JFK, MLK, the Queen, Reagan, now Mike Pence, come to UVA for a reason. They understand that it carries contextual importance in American history, back to the founding.”

“I respect the administration’s commitment to upholding free speech, but I wouldn’t say free speech is ‘alive and well’ as President Ryan has claimed,” he continued.

As for the future of the Jefferson Independent, which was founded last year, Mallas told Breitbart News the goal is to counter the narrative of the Cavalier Daily, which has been the university’s primary student newspaper since 1890.

“The Cavalier Daily is pretty good at immediately labeling any alternate opinion as totally unworthy of consideration, so we want to actually generate discussions about certain topics that I think a lot of students might actually want to learn more about,” he said. “I think the void in coverage during Covid was really the main factor for starting the Jeff. The Cav Daily was arguing every day that we should stay locked down and everyone should be tested more and more and dining halls and gyms should be closed. It even urged the administration to require teachers to offer hybrid classes and mandate weekly testing just last fall. I don’t think those kinds of arguments were actually representative of most students.”

“The Jeff was really the only voice on Grounds saying ‘we want to be in class again,’” he concluded. “And we were the only ones asking real questions about the motives behind all the Covid policies. While we are right-leaning, the main goal is to start a conversation. It’s less about wanting to convince you of one side and saying the other side is totally wrong, and more about making it known that other opinions actually exist, and deserve to be heard.”

0 21
Kamala Harris As Coronavirus Cases Rise Under Biden: Not ‘A Moment To Talk About Fault’