Former Hunter Biden business partner Tony Bobulinski expressed outrage at the FBI’s handling of damning information he provided them about the first son’s business dealings involving his uncle, James Biden, Chinese and other foreign interests, and reportedly the current president of the United States himself.

Bobulinski, a Navy veteran and the former head of SinoHawk Holdings, which he described as a partnership between the CEFC Chinese energy conglomerate and two Biden family members, told “Tucker Carlson Tonight” in an exclusive interview Tuesday that he decrypted subtle word choices by Meta CEO Mark Zuckerberg from his own sit-down with UFC commentator and podcaster Joe Rogan. He explained how it allegedly showed the FBI must have known how damaging his information on the Biden family was to the then-candidate.

Zuckerberg told Rogan earlier this year that FBI officials came to Facebook executives and warned them of “a lot of Russian propaganda in the 2016 election” and to be on notice “there’s about to be some kind of dump — that’s similar to that, so just be vigilant.”

Keying into Zuckerberg using the term “dump” rather than an “article” or “report,” Bobulinski said he believes that meant the FBI suggested as much to Facebook, while the agents may not have used the exact term.

“He used the word ‘dump,’ right? He said the FBI beat us [to] that a dump might be coming. They didn’t say there might be a story. The dump the FBI was well aware there was a laptop that well aware there were hundreds of thousands of emails and text messages and stuff like that,” he said.

“The New York Post published a couple of emails trying to make the American public aware of it. But Mark Zuckerberg just casually said, oh, yeah, the FBI came to us and warned us of a dump,” he pointed out, adding executives at the company later “throttled” the overall story’s reach.

Combining the two factors, Bobulinski cited the narrow margins by which Donald Trump lost Wisconsin, Georgia, and Arizona – arguing that, had it not been for both the FBI and social media executives’ behavior, the results could have been different.

BUTTIGIEG ON HARRIS’ IAN EQUITY CONTROVERSY: SOME SEE POLITICS WHERE IT DOESN’T NEED TO BE 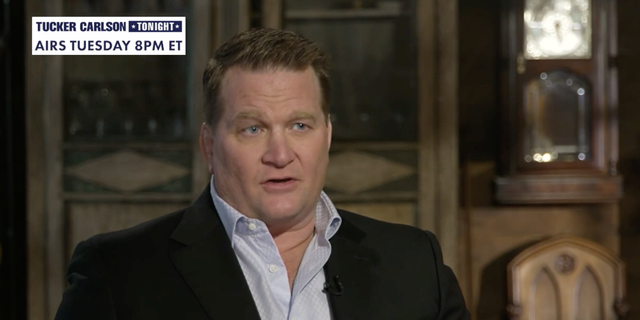 Tony Bobulinski sat down with Tucker Carlson for an exclusive interview set to air on Tuesday.
(FOX)

Bobulinski said he is not laying out the statistics to show support for Trump or to oppose him, but that, simply, “that is fact.”

“So that election was decided by 21,500 votes – in the backdrop of a story that is the most suppressed story in the history of the US presidential elections,” he argued. 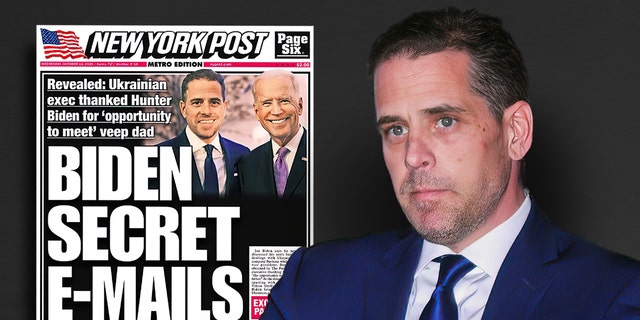 “You can call it rigged. You can call it stolen. You could call it suppressed. The American people can call it whatever they want. But the fact pattern is the FBI alone altered history in that election,” he said.

While Thibault’s attorneys have denied claims their client tried to run interference in the Hunter Biden laptop probe, Bobulinski claimed his own counsel had multiple meetings or discussions with the now-ex-agent during the time he was disclosing alleged information about the family’s dealings.

Thibault had been named by Sen. Charles Grassley, R-Iowa, in a July letter to FBI Directory Christopher Wray citing whistleblowers who had alleged patterns of political bias from him and other high-ranking officers.

Thibault’s counsel, Morrison & Foerster LLP, later clarified their client retired from the FBI and was neither fired, nor forced to retire or asked to retire. They said Thibault turned in his security badge and walked out of the FBI field office with two longtime special agent friends when he departed the agency.

In his interview with Tucker Carlson, Bobulinski said the FBI has not contacted him since the 2020 election, and that the last time he was in contact with the Biden family was when James Biden’s phone number rang him during an FBI interview.

Bobulinski said that when he picked up, after agents permitted him to do so, no one was on the other line.

Charles Creitz is a reporter for Fox News Digital.

0 4
Salena Zito: Why Georgia Gov. Kemp Tops the Polls Despite Trump’s Bid to Take Him Down