Former CNN anchor Brooke Baldwin slammed her former employer in an op-ed published this week at The Atlantic, claiming that they blew off a live interview from a teacher at Marjory Stoneman Douglas High School in the wake of the tragedy that occurred at the school in 2018 so that the far-Left network could cover Trump news.

“One of my producers interrupted our broadcast from Florida and spoke into my earpiece. News was breaking about President Donald Trump and the FBI. My producer assured me that we’d return to coverage in Parkland, but that right then—I’ll never forget it—’we have to break away to go live to Washington’,” Baldwin wrote. “But. But. But. Fourteen students were dead. I stood there dumbfounded. A teacher from the school was just out of camera range, waiting to join me for a five-minute live interview. I used the pause in coverage to tell her what was happening and told her that we’d get to her, that her story mattered. But I already knew then that they weren’t coming back to us.”

“Outside of Marjory Stoneman Douglas High School, I waited to reappear on my own show, furiously emailing my producers back at CNN headquarters to fight for more airtime on what was happening at Parkland: Come back to me. The teacher!” she continued. “Soon after, I got my marching orders: Come back to New York. I knew what that meant. We were done.”

As The Daily Wire has previously reported, Baldwin has a history of being an anti-Second Amendment activist and using deceptive tactics to push her agenda.

Baldwin ran a segment the day after a school shooting in Colorado back in 2019, which left one dead and several injured, that featured extremely deceptive statistics and provided no source for the information.

The video, which was over three minutes long, showed the following numbers appearing on the screen as Baldwin sat silently looking at the camera:

The presentation then stated: “If words aren’t changing anything, then what about these images?”

CNN cut to photos of children and mothers crying. “Parents waiting to hear their child’s name called… or not,” the graphic continued. “Children with their hands up… at school. Or clenched… to pray.”

“If this isn’t a crisis now… when will it be?” the graphic concluded. “ENOUGH.”

Every statistic that Baldwin used in her presentation was deceptive or completely false. The Daily Wire reached out to CNN multiple times over a period of two days to seek the sources of the information used in the segment and received no response.

At the time, CNN also provided no evidence for their claim about the number of school shootings.

The only statistic that CNN used that could be traced to a legitimate source was their claim that there have been 373,663 people killed by firearms in the U.S. from 2007-2017. However, this statistic is very misleading.

The 373,663 number includes firearm deaths that break down into the following five categories:

The only category that is relevant when looking at “gun violence” is the homicide number, which, for the 11-year span, is 134,224 deaths. The majority of the deaths, well over 225,000, were suicides.

The National Institute of Justice (NIJ), which is part of the Office of Justice Programs, reported back in 2019 that “gun-related homicide is most prevalent among gangs and during the commission of felony crimes.”

Baldwin failed to inform her audience of any of these facts and instead combined the misleading statistics with sad images to emotionally manipulate her audience.

All copyrights and legal uses attributed to content are located at the article origination: © Daily Wire, Ex-CNN Anchor Brooke Baldwin Levels Accusation Against The Network About School Shooting Coverage

0 7
If Anne Of Green Gables Were Alive Today, She’d Be Drugged Out Of Her Personality In School 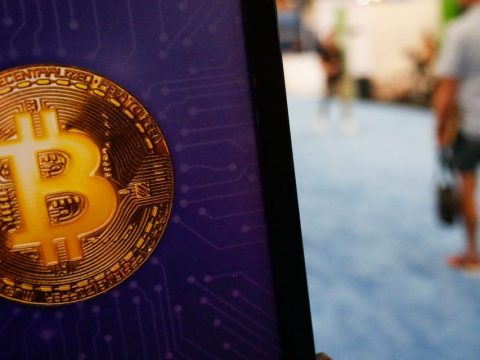