Policymakers at the European Central Bank (ECB) decided to raise the benchmark interest rate by 50 basis points on July 21, exceeding market expectations and marking the first time in 11 years that the bloc’s monetary authorities have hiked rates.

The move brings the ECB’s policy rate up to zero percent from negative territory, where rates had been pegged for the past eight years in a bid to stimulate sluggish growth in the 19 nations that share the euro currency.

The decision to raise rates puts the ECB in the company of other major central banks that have, with the notable exception of the Bank of Japan, moved to tighten monetary settings in a bid to quell soaring inflation.

A confluence of factors, including supply chain dislocations, the post-pandemic rebound in demand, and an energy crisis compounded by the war in Ukraine, have pushed annual inflation in the euro area to 8.6 percent, the highest on record.

The July 21 decision comes as pressure had been building on the ECB to shift away from years of easy monetary policies and put an end to the bloc’s experiment with below-zero interest rates.

‘Whatever Steps Are Needed’

ECB President Christine Lagarde wrote in a blog post in May that the bloc’s monetary authorities embarked on the path of policy normalization in December by announcing that it would halt its pandemic-era asset-buying program that helped buoy the region’s beleaguered economies but also contributed to higher inflation.

At the time, Lagarde pledged that the ECB would take “whatever steps are needed” to get inflation back down to about its 2 percent target, although she cautioned that soaring prices weren’t just a “straightforward situation of excess aggregate demand” and that supply-side factors were boosting inflation and slowing growth.

Until recently, the ECB was signaling a smaller 25 basis point hike to be followed by a bigger move in September, but there was also speculation that a bigger 50 basis point rise was on the table, given the deteriorating inflation outlook.

The July 21 decision suggests that ECB policymakers, much like those at the Fed and other central banks, are concerned that elevated levels of inflation could lead to higher future inflation expectations becoming entrenched, raising the risk of firming demand for salary boosts and the unleashing of an upward wage-price spiral reminiscent of the 1970s.

Another factor possibly weighing on the ECB’s decision to opt for a bigger hike was the euro’s recent drop to a two-decade low against the U.S. dollar, a currency move that also boosted inflationary pressures.

Following the ECB’s announcement of a 50 basis point hike, the euro jumped roughly 0.5 percent against the greenback.

The 50 basis point hike puts pressure on some of the European Union’s more indebted members, with borrowing costs rising disproportionately for countries such as Italy, Spain, or Portugal.

Accordingly, in a bid to help alleviate some of this pressure, the ECB also agreed to provide extra help to member countries with lofty debt piles by approving a new bond purchase plan called Transmission Protection Instrument (TPI). The tool intends to cap the rise in their borrowing costs and limit financial fragmentation.

“The scale of TPI purchases depends on the severity of the risks facing policy transmission,” the ECB said in a statement. “The TPI will ensure that the monetary policy stance is transmitted smoothly across all euro area countries.

The ECB also pledged to continue hiking rates in the face of the massive cost-of-living squeeze facing the bloc’s residents, although it softened the tone of the forward guidance.

“Further normalization of interest rates will be appropriate,” the ECB stated. “The frontloading today of the exit from negative interest rates allows the Governing Council to make a transition to a meeting-by-meeting approach to interest rate decisions.”

Analysts at ING wrote in a note that, by delivering a robust rate hike and softening its forward guidance, the ECB thinks that “the window for a series of rate hikes is closing quickly” and that the prospect of bigger future hikes is being “washed away by the looming recession.”

Recession fears have grown with respect to the EU, with Japanese bank Nomura predicting that a downturn would hit the region after summer.

A Bloomberg survey at the beginning of July put the odds of a recession in the euro area at 45 percent.

Tom Ozimek has a broad background in journalism, deposit insurance, marketing and communications, and adult education. The best writing advice he’s ever heard is from Roy Peter Clark: ‘Hit your target’ and ‘leave the best for last.’ 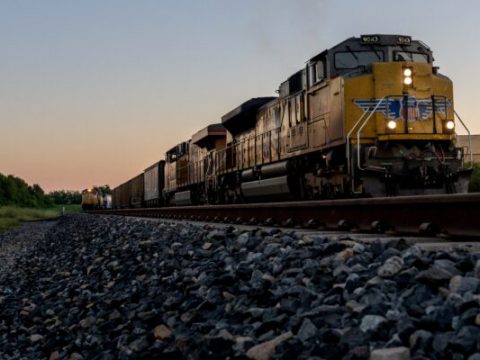