Emily Claire Hari made history on Tuesday when a federal judge sentenced her to 53 years in prison for her role in the August 2017 bombing of the Dar Al-Farooq Mosque in Bloomington, Minnesota. She will be the first trans woman militia leader to be incarcerated for an act of domestic terrorism.

The defendant was convicted in December 2020 of the bombing. Only last month did she finally muster the courage to embrace her identity as a trans woman. Prior to the sentencing, Hari’s attorney alleged that her “inner conflict” had forced her to live a “double life” as the leader of a right-wing militia and might have influenced her state of mind leading up to the bombing.

“She strongly desired making a full transition but knew she would be ostracized from everyone and everything she knew,” Hari’s defense attorney, Shannon Elkins, wrote in court documents. “Thus, as she formed a ragtag group of freedom fighters or militia men and spoke of missions to Cuba and Venezuela, Ms. Hari secretly looked up ‘sex change,’ ‘transgender surgery,’ and ‘post-op transgender’ on the Internet. As she purchased military fatigues for their ‘missions’ she also purchased dresses and female clothing for a planned trip to Bangkok, Thailand, for male-to-female surgery. She was living a double life.”

Elkins went on to describe her client as a misunderstood “pacifist” who was radicalized by former president Donald Trump and various right-wing blogs and urged the judge to consider a more lenient sentence of 30 years. “Emily Hari is more than a one-note caricature,” the attorney said. “She is a complex human being who has been convicted by a jury of her peers. She will stand before this Court for sentencing, facing life in prison. She asks the Court to consider a sentence that is just and proportionate rather than vindictive or symbolic.”

In handing down the sentence, Judge Donovan Frank said he “respectfully” declined to consider Hari’s “inner conflict” over her gender identity, focusing instead on the “very violent act” of the bombing itself. The 53-year sentence was more than what Hari’s attorney had requested but also less than the prosecution’s demand for life in prison.

Elkins said she plans to appeal the “unreasonable” sentence. She also requested an amended prison placement based on Hari’s transgender identity, which the judge indicated he was prepared to accept. 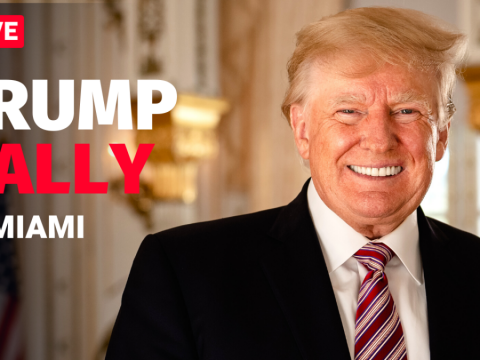 0 58
Trump Speaks at Rally in Miami