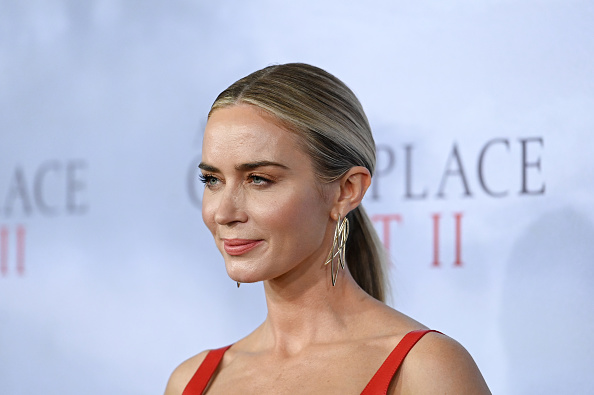 Don’t expect actress Emily Blunt to be flying around in tights alongside Thor and Iron Man any time soon.

Speaking on “The Howard Stern Show” on Wednesday, Blunt rejected rumors that she and her husband, John Krasinski, were slated to star in the “Fantastic Four” film for the Marvel Cinematic Universe (MCU), adding that she had no plans to join the MCU anytime soon.

“That is fan-casting,” she said. “No one has received a phone call. That’s just people saying, ‘Wouldn’t that be great?’”

Blunt almost joined the MCU in 2010 when she was offered the role of “Black Widow” in “Iron Man 2″ – a role that eventually went to Scarlett Johansson. Though she does not like superhero movies, she does not think they are somehow beneath her talent.

“It’s not that it’s beneath me. It’s not that because I love Iron Man,” she said. “I wanted to work with Robert Downey Jr. It would’ve been amazing. But I don’t know if superheroes are for me. They’re not up my alley.”

“It’s been exhausted. I think it’s just that we are inundated. It’s not only all the movies, it’s the endless TV shows as well,” she continued. “It’s not to say that I would never want to play one ― it would just have to be something so cool, and like a really cool character, and then I’d be interested. In general, I don’t race to see superhero movies. They leave me feeling a bit cold. I can’t explain it. I can’t get in there.”

The debate over superhero movies and their impact on pop culture exploded into the zeitgeist in 2019 when Academy Award-winning directors Martin Scorsese and Francis Ford Coppola both declared that the Marvel Cinematic Universe (MCU) – and superhero movies in general – were merely a corporate-sponsored theme park ride.

“I tried, you know? But that’s not cinema,” Scorsese told Empire Magazine. “Honestly, the closest I can think of them, as well made as they are, with actors doing the best they can under the circumstances, is theme parks. It isn’t the cinema of human beings trying to convey emotional, psychological experiences to another human being.”

“Watchmen” creator Alan Moore was even blunter in his critique of superhero movies, describing them as infantile at best and Nietzschean at worst.

“I think the impact of superheroes on popular culture is both tremendously embarrassing and not a little worrying,” said Moore. “While these characters were originally perfectly suited to stimulating the imaginations of their twelve or thirteen-year-old audience, today’s franchised übermenschen, aimed at a supposedly adult audience, seem to be serving some kind of different function, and fulfilling different needs.”

Moore went on to describe superhero movie audiences as adults clinging to their childhoods while seeking reassurance about the 20th century.

“Primarily, mass-market superhero movies seem to be abetting an audience who do not wish to relinquish their grip on (a) their relatively reassuring childhoods, or (b) the relatively reassuring 20th century,” said Moore. “The continuing popularity of these movies to me suggests some kind of deliberate, self-imposed state of emotional arrest, combined with a numbing condition of cultural stasis that can be witnessed in comics, movies, popular music and, indeed, right across the cultural spectrum.”

0 2
'Everyone Knows It's the Wrong Thing to Do': Teammates of Trans U Penn. Swimmer Unhappy with Record Smashing