Edit buttons, open-source algorithms, long-form tweets, and stopping scam bots are just some of the modifications Elon Musk suggested he would implement in the run-up to his successful bid to buy Twitter. All of those sound like interesting ideas.

But none of them will directly improve the prospects for free and open dialogue on the platform, which appear to be Musk’s overarching reason for buying the company. As he has rightly said, “Free speech is the bedrock of a functioning democracy, and Twitter is the digital town square where matters vital to the future of humanity are debated.”

Musk also recently tweeted, “By ‘free speech,’ I simply mean that which matches the law. I am against censorship that goes far beyond the law.” He is on the right track. Twitter should do what “matches the law” by modeling its policies after First Amendment standards.

Musk’s commitment is a breath of fresh air for those who value free speech. He seems to comprehend that free speech is essential to preserving a free society, and that social media has replaced the physical town square as the primary place for debate and expression.

So how should Musk practically implement his promise to improve free speech on Twitter? He should revise the platform’s policies based on the lessons of First Amendment case law — the world’s richest repository of practical wisdom on protecting free speech.

As a private company, Twitter is not legally obligated to follow the Constitution as a government actor would be. Nevertheless, the First Amendment’s legal protections are valuable guidelines for how private actors can help create a culture of free speech.

Here are two actions he can take that will directly improve the prospects for free and open debate and dialogue on the platform: One, eliminate private “speech codes” — policies that contain vague and imprecise terms that threaten free speech. Two, adopt a robust anti-censorship policy.

What are speech codes? They are rules that control the content of what people can or can’t say. In addition, these regulations commonly contain unclear and imprecise terms that give enforcement officials unbridled discretion to censor speech they don’t like.

In the First Amendment context, courts routinely strike down government speech codes because of the plain threat they pose to free speech. Unfortunately, these types of policies now proliferate on private social media platforms, including Twitter, and significantly contribute to the censorship problem in the digital public square.

Musk can spot speech codes by looking for vague or imprecise language — two tell-tale signs of looming censorship. One basic guideline on how to spot these problematic terms is to look for vague terms.

A term is vague if it (1) forces an individual of ordinary intelligence to guess at what it means, or (2) invites arbitrary and discriminatory enforcement due to a grant of unfettered discretion or lack of objective standards. Terms that lack clarity and grant broad discretionary powers to those in control threaten free speech because officials can use them to suppress whichever viewpoint they disfavor.

“Hate speech,” “hateful conduct,” “misinformation,” and “disinformation” are some of the most common terms in speech codes. They are also notoriously unclear and imprecise. Twitter has numerous policies containing these terms. Each of these terms is a threat to free speech because they can be wielded to silence any viewpoints those in authority choose.

Take, for example, how these policies affect the free exchange of ideas on the ongoing national debate over gender ideology and its effects on female athletics, privacy, religious freedom, and free speech. This issue is, borrowing from Musk’s words, a “matter vital to the future of humanity.” Yet time and again, Twitter’s policies have hampered the freedom of people to freely discuss this critical issue.

Specifically, Twitter has wielded its “hateful conduct” policy to censor or deplatform users on one side of this debate. Among other things, that policy says, “You may not promote violence against or directly attack or threaten other people on the basis of race, ethnicity, national origin, caste, sexual orientation, gender, gender identity, religious affiliation, age, disability, or serious disease.” It also bars “targeted misgendering or deadnaming of transgender individuals.”

Prohibiting “hateful conduct” or “targeted harassment” is a noble objective. But, as applied to speech, Twitter’s speech code allows for disproportionate application and censorship. And that’s exactly what has happened.

For example, in late January 2021, Twitter locked out The Daily Citizen, a Christian news outlet, from its account for stating that one of President Joe Biden’s nominees is a man who identifies as a woman. The full tweet said: “On Tuesday, President-elect Joe Biden announced that he had chosen Dr. Rachel Levine to serve as Assistant Secretary for Health at the Department of HHS. Dr. Levine is a transgender woman, that is, a man who believes he is a woman.”

The tweet linked to an article on The Daily Citizen’s website. This tweet addressed a matter of dramatic importance — whether identifying as a woman is what makes a person a woman — and expressed the position that many reasonable people hold: that identity is not the only thing that makes someone a man or a woman.

The tweet neither expressed any hatred nor encouraged any violence toward Levine. Nevertheless, Twitter informed The Daily Citizen that the tweet violated its “hateful conduct” policy because it “promoted violence, threatened, or harassed” Levine. Twitter denied The Daily Citizen’s appeal and imposed a four-month ban.

In response to Stuckey’s 12-hour ban, Erick Erickson tweeted, “This is absurd. Laurel Hubbard is a man even if Twitter doesn’t like it.” He also received a 12-hour ban. Both times, Twitter invoked its “hateful conduct” policy.

More recently, Twitter has censored The Babylon Bee and U.S. Rep. Vicky Hartzler for expressing their views on gender identity ideology and its impact on women. These examples of viewpoint discrimination against high-profile users only scratch the surface of the distortion Twitter’s “hateful conduct” speech code does to Twitter’s “town square” in cyberspace.

The same free speech threats spring from policies barring so-called “misinformation” and “disinformation,” which have both been wielded to silence ongoing conversations about public health, gender identity ideology, voting integrity, and more. For example, one current Twitter policy defines “informational harm” as follows: “Harm that adversely impacts the ability for an individual to access information fundamental to exercising their rights, or that significantly disrupts the stability and/or safety of a social group or society including medical mis-information i.e. COVID-19.”

It’s difficult to imagine policy language that grants more discretion to restrict speech than the terms of this policy. There are no standards at all. The policy will inevitably be enforced based solely on Twitter employees’ subjective judgments about which views “impact the ability of a person to access information,” or “significantly disrupts the stability of society.” Those who control access to a speech forum, and what you are allowed to say, have no business wielding this kind of unchecked power over the exchange of ideas.

Twitter’s current policies fail to appreciate a critical First Amendment maxim: The answer to speech you don’t like is more speech, not censorship. As U.S. Supreme Court Justice Louis D. Brandeis wrote in a 1927 decision, “If there be time to expose through discussion the falsehood and fallacies, to avert the evil by the processes of education, the remedy to be applied is more speech, not enforced silence.”

Thankfully, Musk appears fully cognizant of Twitter’s policies’ propensity to squelch free speech. He seems motivated to make good on Twitter’s promise “to give everyone the power to create and share ideas and information, and to express their opinions and beliefs without barriers.” To do so, he must eliminate Twitter’s speech codes, starting with the policies outlined above. Any essential limits on content should be shaped with surgical precision to give users clear notice of the boundaries and prevent employees’ biases from infecting their enforcement decisions.

Musk should take one additional step to restore free speech on Twitter. He should adopt a policy that bars censorship and expressly states that it will not enforce any of its policies in a manner that restricts the free exchange of ideas. By doing so, he will provide his content moderation team a workable roadmap to implement his guiding free speech principles across the enterprise.

Here is model language Musk should consider for a new free speech policy:

Twitter does not discriminate against users, censor users or a user’s expression, or interfere with users’ ability to receive the expression of another based on the viewpoint of the user or another person, regardless of whether the viewpoint is expressed on the platform or through another medium.

No Twitter policies will be enforced in a manner that restricts expression on matters of public concern because of the expression’s viewpoint, even when some may find the expression offensive, hurtful, misguided, upsetting, or otherwise objectionable.

By following the steps outlined above, Musk can make important strides toward realizing his goal of aligning Twitter’s policies with First Amendment free speech protections. 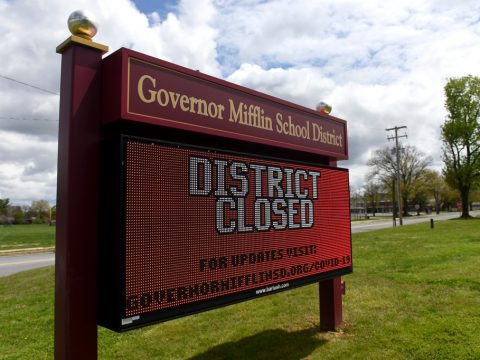 0 72
Steven W. Mosher: Fauci Rewrites History, Claims He “Had Nothing to Do With” COVID School Closures