One of the moments we’ve been waiting for in the trial of former Theranos CEO Elizabeth Holmes was to hear how she would accuse her ex-boyfriend and former Theranos President Ramesh “Sunny” Balwani of abuse.

That moment finally came on Monday, with Holmes first claiming she had been raped at Stanford, which, she said, was one of the reasons she decided to drop out. Other reasons included her desire to start her own company, but now she’s added an alleged rape to the list. She described how she met Balwani when she was 18 – before she dropped out – and he was 37. While crying on the stand, she said Balwani told her she “was safe now that I had met him,” but would go on to rape and abuse her.

The Verge reported that witnesses earlier in the trial described Balwani deferring to Holmes, rather than committing any of the abuse she now claims. Balwani was known as a tyrant around the office, yet no employees reported seeing him treat Holmes the way he treated other Theranos employees.

These witnesses “also said that in meetings where both were present, Holmes did most of the talking and ran the meetings,” the Verge reported.

“James Mattis, a former Theranos board member, testified that Holmes was ‘in charge’ of Theranos. Lisa Peterson, who worked on the DeVos investment in Theranos, said her team didn’t do comprehensive research on Theranos because they didn’t want to ‘upset Elizabeth,’” the outlet added.

On Monday, Holmes claimed that Balwani controlled what she ate and how she dressed and talked. She also claimed he would text her during meetings to criticize her. Holmes presented a document in what she said was Balwani’s handwriting that called her “a monkey trying to fly a spaceship.”

Holmes didn’t put an exact date on the beginning of the alleged abuse. But Balwani “told me that I didn’t know what I was doing in business, that my convictions were wrong, that he was astonished at my mediocrity and if I followed my instincts I was going to fail,” she claimed. He said that “who I was was never going to be a person who would succeed in life or in business, so I needed to kill that person and become a new Elizabeth.”

Another document presented by the defense and written by Balwani provided motivational instructions for how Holmes should start her day, which seemed less like relationship abuse and more like something a self-help guru would suggest. That document contained some of the following instructions, according to The Verge:

Every morning I will force myself out of bed and spend 30 minutes+ (never a minute less) to write what I want from my day. I will only spend time on things that are most important to cash flow…

I will never meet with anyone (direct report especially) for more than five minutes unless I have written down why… my focus is on how they will serve the company more.

Holmes alleged other such instructions from Balwani constituted abuse.

Holmes claimed that if she didn’t do what Balwani demanded, he “would get very angry with me and would yell at me about the fact that he was so disappointed in my mediocrity and he was trying to teach me how to be better and I wasn’t listening to him and I was never going to be successful.”

He also took credit for her success, Holmes said, texting her “I have molded you.”

The defense also presented two documents Holmes wrote on her iPhone, allegedly after Balwani’s purported abuse, claiming to document what he had said. The document included statements like “I don’t enjoy being in a company that’s not going to win. I don’t have the faith. So angry at myself for coming. So angry spent [sic] 5 years of my life. Biggest failure of my life. Regret coming. Stayed because I love you… Fucking mediocre quality of this piece of shit company,” according to the Verge.

Holmes also claimed Balwani would force her to have sex with him. She claimed Balwani quit after she hired lab directors that reported directly to her, as well as outside advisers. She claimed her brother helped her secretly move her out of Balwani’s home while he was on a business trip.

Holmes did little to connect Balwani’s abuse to the fraud charges she currently faces in court. As The Daily Wire previously reported, Holmes’ abuse claims were designed to suggest her thinking was impaired at the

0 20
The Opt-Out Debate: Both Sides Have A Point 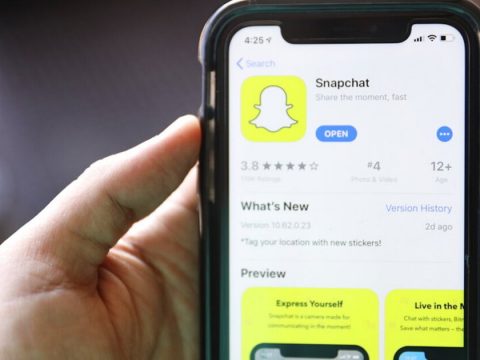