Arizona‘s Pinal County announced that its elections director is “no longer employed” after a calamitous primary election Tuesday that incensed leading Republicans.

Recorder Virginia Ross will resign from her position to become the new election director “effective immediately” after David Frisk’s dismissal due to a myriad of election problems, including running out of ballots and possibly disenfranchising hundreds of voters, the county announced on Thursday.

Jeffrey McClure, chairman of the county Board of Supervisors, said he and his colleagues were “deeply embarrassed and frustrated” by the chaotic primary election and vowed to restore trust.

“As a Board, we are deeply embarrassed and frustrated by the mistakes that have been made in this primary election, and as such, we are taking immediate steps to ensure the November election runs smoothly, as elections in Pinal County have historically done prior to this primary,” McClure said. “It is vital that we restore trust with Pinal County voters, and I can assure the community that there is no better leader to take control of our Elections Department than Virginia Ross. As a fellow elected official, I am grateful to Virginia for sacrificing her elected role to answer the needs of Pinal County.”

Ross previously oversaw elections in 2014 and 2016 before the county appointed a separate elections director. Ross’s replacement as county recorder has not been announced.

“Having been the Recorder for Pinal County since 2013, this primary election has been a stinging experience for us all. I look forward to involving all stakeholders in Pinal County as we work together to finish this primary election, before immediately turning our attention to the November election. I also want to take this opportunity to publicly thank my staff in the Recorder’s Office, who have provided me such stellar support since I took office in 2013,” Ross said in a statement.

“Following calls for accountability from the RNC and RPAZ, Pinal County Elections Director David Frisk’s removal is an important step towards restoring Arizonans’ faith in their elections. The election failures observed by our joint election integrity program during Arizona’s primary were unacceptable and underscore why transparency at the ballot box is so important. Republicans will continue to hold incompetence accountable, fight for transparency, and make it easier to vote and harder to cheat in Arizona and nationwide,” the two officials said.

Amid the slow result tabulation in Arizona, the Republican gubernatorial primary between Kari Lake and Karrin Taylor Robson has yet to be called. Arizona Secretary of State Katie Hobbs has been projected to win to Democratic gubernatorial primary. In the Senate primary, Blake Masters won the Republican nomination, and incumbent Mark Kelly won the Democratic nomination.

Pinal County is located southeast of Phoenix with a population of about 450,000 people.

0 27
Rogan Slams Democrats For Blaming ‘White Supremacy’ For Winsome Sears Win: ‘Out Of Their F***ing Mind’

0 29
‘Are You Kidding Me?’ Larry Elder Blasts Newsom For Welcoming More Homeless To California 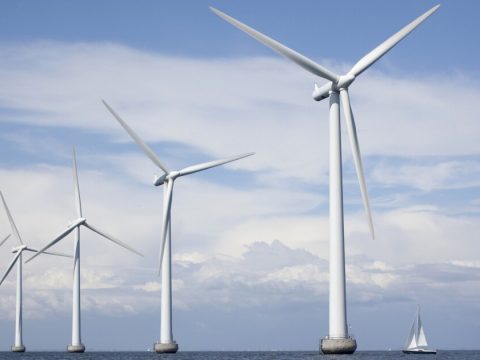 0 55
Green Extremism and the Real-world Consequences