The Supreme Court, in a case involving abortion, may, repeat, may overturn or at least dramatically cut back the scope of Roe v. Wade, the 1973 case that invalidated all states’ anti-abortion laws. Sixteen years ago, I wrote the following:

NBC’s Tim Russert quoted Justice Antonin Scalia, saying, “(Scalia’s quote) may surprise some people: … ‘If a state were to permit abortion on demand, I would and could in good conscience vote against an attempt to invalidate that law. … I have religious views on the subject, but they have nothing whatever to do with my job.’” Note Russert’s assertion that this “may surprise some people.”

This “surprise” is because leftists in academia, mainstream media and Hollywood confuse people on the issue. Roe did not legalize abortion. Rather, the Court discovered a “right to privacy” — nowhere mentioned in the Constitution.

After John Roberts’ nomination to become a Supreme Court justice, a Los Angeles Times reporter wrote: “The president of the National Organization for Women (NOW), Kim Gandy, warned that of the high court candidates considered by Bush, Roberts was one of the most extreme when it came to the question of overturning the Roe v. Wade ruling, which legalized abortion (emphasis added).” Legalized abortion?

Our Founding Fathers restricted the duties, powers and obligations of the federal government, leaving the remainder to the people and to the states themselves. This includes abortion.

In 1971, nearly two years before Roe v. Wade, the Supreme Court ruled on United States v. Vuitch, their first case involving abortion. It upheld a District of Columbia law permitting abortion only to preserve a woman’s life or “health.” The Court, however, generously defined “health” to include “psychological and physical well-being.” This effectively allowed abortion for virtually any reason.

In a post Roe v. Wade world, what happens?

USA Today conducted a state-by-state analysis. Their analysis expects 11 “conservative states” to immediately pass laws prohibiting abortion. But those “conservative states” only had 122 abortion providers in 2000, less than 7% of the nation’s 1,819 abortion providers. “Most of those 122 providers (65) are in Texas,” writes USA Today. “If pro-choice forces can hold on to Texas (not unlikely, given the feisty Democratic minority’s tendency to flee to Oklahoma to deny the Legislature a quorum when its members are miffed) we’re down to 57 providers. If the Democrats controlling the Alabama and Arkansas legislatures decided to act like Democrats, not Dixiecrats, that total could fall to 36.”

In other words, as it stands now, conservative states reduce abortion to almost nonexistence, so a post-Roe world, at least in those states, changes little.

With a reversal of Roe v. Wade, the Supreme Court says this: Where the Constitution fails to provide a specific empowerment for the federal government — butt out.

Now that may surprise some people.

Larry Elder is a bestselling author and nationally syndicated radio talk show host. His latest book, “The New Trump Standard,” is available in paperback from Amazon.com and for Nook, Kindle, iBooks and Google Play. To find out more about Larry Elder, or become an “Elderado,” visit www.LarryElder.com. Follow Larry on Twitter @LarryElder. To read features by other Creators Syndicate writers and cartoonists, visit the Creators Syndicate website at www.creators.com.

The Daily Wire is one of America’s fastest-growing conservative media companies and counter-cultural outlets for news, opinion, and entertainment. Get inside access to The 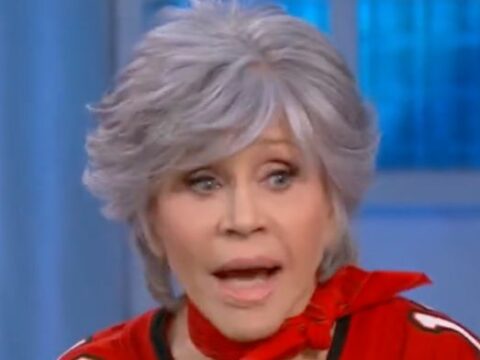