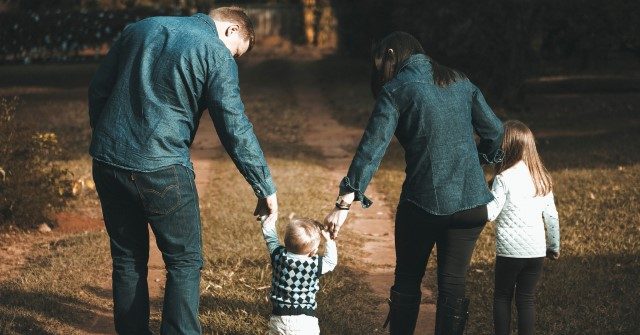 Parents should be wary about proposed “parental rights” legislation, since such rights are already endowed by God, as the U.S. Constitution informs, warns a national parents’ organization.

“Rights are endowed by our Creator, and God directs parents to be the primary and first educator of their children,” U.S. Parents Involved in Education (USPIE) said in comments to Breitbart News. “We aren’t co-parenting with the government. Nor are we merely stakeholders in the education of our children.”

The group, which promotes the elimination of federal control of education, directed its remarks and a blog post to those parents who appear to be heartily endorsing “parental rights” legislation.

“It seems like enshrining parental rights into law would make them more powerful and perhaps provide a legal basis to prevent some of the atrocious infringements on the relationship between children and parents happening today,” USPIE’s blog read Wednesday. But they warn such bills may not ensure the liberty they seem to  promise.

That bill states its purpose as follows:

TO PROHIBIT CERTAIN GOVERNMENT INFRINGEMENT ON THE FUNDAMENTAL RIGHTS OF PARENTS TO DIRECT THE UPBRINGING, EDUCATION, HEALTH CARE, AND MENTAL HEALTH CARE OF THEIR CHILDREN EXCEPT IN LIMITED CIRCUMSTANCES …

USPIE questioned the bill’s language, however:

“Certain” infringement? Prohibited except in limited circumstances? Who defines which infringements are prohibited, and which are permitted? Who defines the exceptions? Legislation may attempt to define the details, but typically, the implementing bureaucracy has leverage to the details. Additionally, legislation can be modified over time. This is very dangerous wording.

USPIE “advocates that parents not argue they have rights,” the group states, recommending, instead, that “parents act on their rights.”

A poll Tuesday indicates 64 percent of general election voters believe the decision to vaccinate children should be made by parents and not by governments or school boards. https://t.co/Q3i0uGhT5k

“Parents have full authority over their children’s education and it falls within their rights to reject education that conflicts with their families’ values, just as communities should reject pedagogy that doesn’t reflect local community values,” USPIE explained to Breitbart News.

“Obviously parents can and should act on their rights by removing their children from schools that are teaching things that will harm them and their relationship with their parents,” the group elaborated. “Government schools have become so toxic; USPIE recommends parents remove their children and find an alternative method of education.”

The group said parents and all Americans “need to act on their rights to reclaim their local government schools and not accept the indoctrination of children with their hard-earned tax dollars.”

As far-left Democrats continue to disagree with Republicans on reopening schools, local school boards are viewed as the next big political battleground. https://t.co/QtsyyeqqvQ

USPIE observed the many successes parents who acted upon their rights achieved as “school boards were toppled around the country during the November 2nd elections.”

“Parents are gearing up for upcoming elections this spring and fall,” the parents’ group told Breitbart News. “USPIE is mentoring many parents to run entire slates of candidates to end the teaching of racist, Marxist pedagogies, the sexualization of children, biological boys competing in biological girls sports, and mask and vaccine mandates.”

“In some instances, parents can unite in filing law suits against government schools for pedagogy that violates the Civil Rights Act and the 14th amendment to the US Constitution,” the group observed. “USPIE is encouraging parents throughout America to act on their rights and reclaim their schools.”

Virginians have a clear choice: either parents should shape their child’s educational goals or they can be left to politically-motivated Leftist school boards pursuing radical agendas. https://t.co/Qauw7jDZsg

With “rights,” however, come “responsibilities,” USPIE noted in its blog.

“If your school is not respecting your rights as a parent, withdraw your child,” the group urged. “Find a different school. Parental rights mean parents are ultimately responsible for their children, including their education. It may mean some sacrifices are necessary in order to fulfill this responsibility.”

0 5
Secy. of State: China failures allowed pandemic to get worse