A prominent education association released a new lesson plan on the FBI’s so-called “war” on the Black Panther Party — an identified domestic extremist group that advocated for the use of violence to overthrow the U.S. government.

The lesson plan is titled, “Teaching the FBI’s War on the Black Freedom Movement,” and focuses on COINTELPRO, the FBI’s counterintelligence program that targeted domestic extremist groups such as the Ku Klux Klan, the Socialist Workers Party, and the Black Panther Party. The lesson teaches students that the U.S. government terrorized peaceful organizations that were a threat to government power in the 1960s and 70s.

According to a copy of the lesson plan obtained by The Daily Wire, the plan was designed for 11th-grade students and should be taught alongside the Black Panthers’ Ten Point Program, which calls for government reparations — and more — for black Americans. The author of the lesson plan describes her first time teaching the lesson to a classroom of hyperactive 16-year-olds eager to learn about how the U.S. government spied on activist organizations.

The lesson plan is distributed by the Zinn Education Project, which designs and distributes instructional materials from a left-wing perspective. The organization’s ideology is based on Howard Zinn’s best-selling book “A People’s History of the United States.”

The lesson plan asks teachers to pass out declassified FBI memos for students to analyze. One FBI memo dated Sept. 27, 1968, called the Black Panther Party “the most violence-prone organization of all the extremist groups now operating in the United States.” Teachers are told to immediately remind students that the Black Panther Party also hosted community programs such as nutrition classes and free breakfasts for children.

When the author of the lesson plan asked her students why they thought the FBI was spying on activists groups, one student allegedly responded by saying, “Maybe [Former FBI Director J. Edgar Hoover] was really a racist and didn’t want the Civil Rights Movement to succeed!”

The lesson plan glosses over the violent tendencies of Black Panther Party members. Most notably, there is no mention of Assata Shakur. Shakur was a prominent member of the Black Panther Party and was charged with the murder of New Jersey police officer Werner Foerster, as well as attempted murder, armed robbery, bank robbery, and kidnapping. While serving a life sentence for murder, Shakur escaped from prison and was granted political asylum in Cuba. She remains on the FBI’s Most Wanted List to this day.

Instead, students are taught about the Black Panther Party’s Ten Point Program, which calls for the full employment of black people, the end of capitalism, for all black men to be exempt from military service, and freedom of all black men held in prison, among other demands.

The lesson also encourages teachers to link COINTELPRO to modern-day government surveillance. Among the listed programs are George W. Bush’s NSA surveillance program, which was exposed by Edward Snowden, and the alleged government tracking of Black Lives Matter activists under the Trump administration. The plan does not include the Obama administration’s reported surveillance of conservative non-profit organizations.

The author of the lesson plan concludes the instructional material with a personal note calling out textbook publishing companies for allegedly whitewashing COINTELPRO from history.

“Textbook publishers’ disregard for the history of COINTELPRO is one more example of the crucial importance of the Black Lives Matter movement, which lays bare the systemic dangers faced by Black people in the United States while simultaneously affirming and celebrating Black life,” the author wrote. She could not be reached for comment. 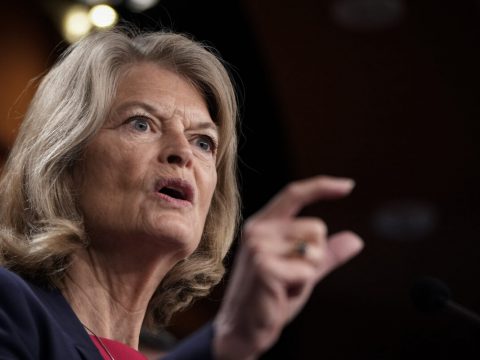 0 15
Tshibaka, Murkowski Advance to Final Round of Ranked-Choice Tabulation in Alaska