Messages of support from thirty former FBI agents defend suspended whistleblower Steve Friend, who alleged political bias at the agency over its handling of the Jan. 6 Capitol breach probe.

Among the former agents expressing support for Friend include a retired deputy assistant director and five former SWAT team members, according to the New York Post.

Friend alleged in a declaration made public on Sept. 26 that the FBI has been using heavy-handed tactics with respect to some Jan. 6 Capitol breach suspects, citing a case where a SWAT team was used to make an arrest on misdemeanor charges, which he called “inappropriate.”

The whistleblower also accused the agency of violating the Justice Department’s guidelines for the FBI’s domestic investigations (pdf) by resorting to “atypical” procedures in the handling of Jan. 6 probes.

He claimed that the FBI had diminished the role of field offices and field agents in the Jan. 6 investigations by centralizing case management to the FBI’s J6 Task Force.

“Resultantly, there are active criminal investigations of J6 subjects in which I am listed as the “Case Agent,” but have not done any investigative work,” Friend stated.

The whistleblower added that J6 Task Force members are listed as affiants on search and arrest warrant affidavits where he’s listed as a “Case Agent” but never interviewed the subjects or investigated the cases.

He also alleged that the FBI was deprioritizing child sexual abuse investigations in favor of domestic terror probes.

Friend’s lawyer told The Epoch Times in an earlier emailed statement that he is still employed by the FBI but remains suspended without pay.

Among the former agents providing messages of support to Friend include a retired deputy assistant director and five former SWAT team members, according to The Post.

“It’s time to stop the FBI from 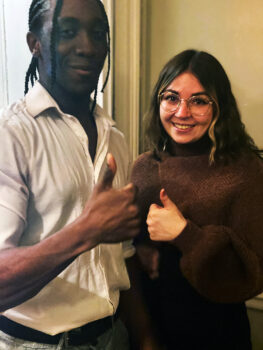