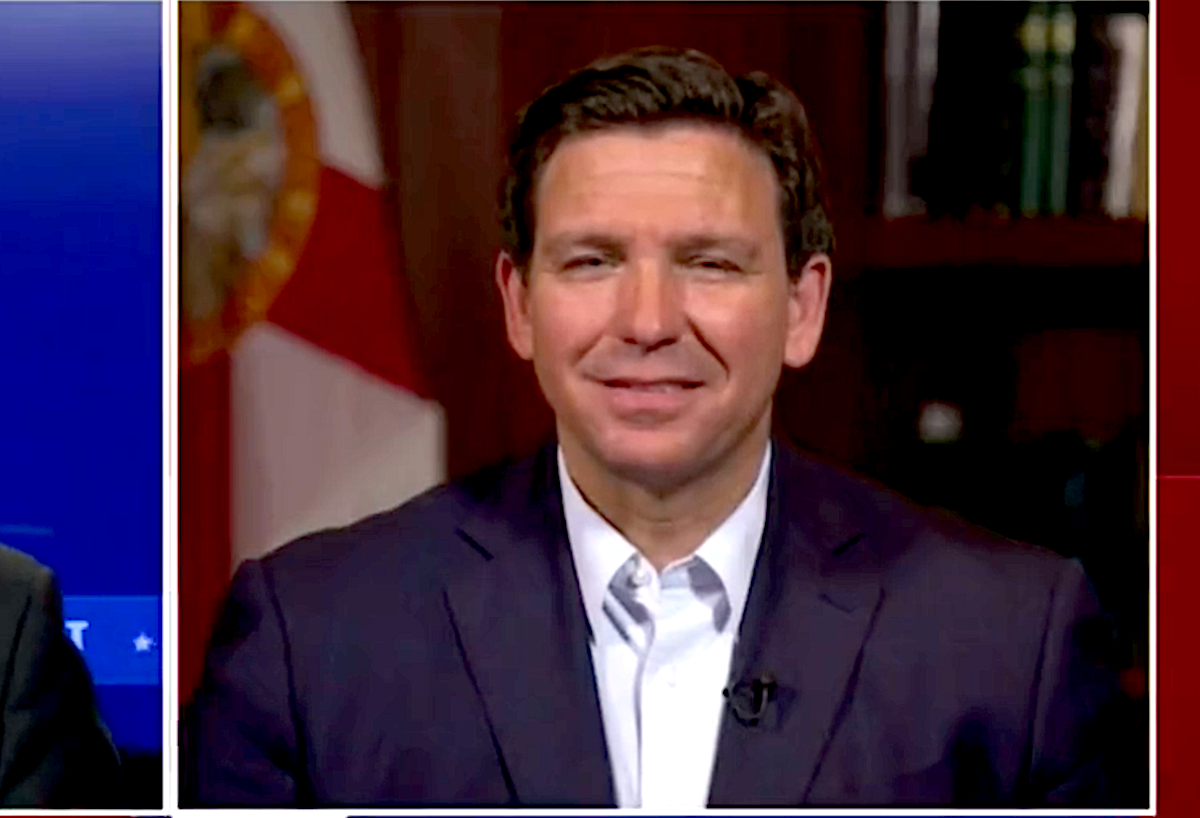 If there are any hard and fast rules in politics, one is certainly that you know you’re doing bad when Chasten Buttigieg is on your side.

The lamest gay man in American history waddled into the so-called “Don’t Say Gay” debate in Florida this week, remarking on Twitter, “Every LGBTQ student, teacher, parent, nurse, astronaut, mechanic, soldier, etc in Florida is still LGBTQ. The governor can sign a bill making it illegal to acknowledge their existence, but he can’t make them disappear with a pen.”

Anyone seeking affirmation from the Buttigiegs should really reevaluate his life, but in any event, that Gov. Ron DeSantis signed a bill “making it illegal to acknowledge” that gay people exist is a — what’s the word the media are typically so fond of? Oh, yeah— lie.

Where’s Glenn Kessler when you need him? Correcting “disinformation” is usually his thing.

For anyone interested in reading all seven pages of the law signed Monday by DeSantis (referred to by some supporters as “Big D”), it has as much to do with being gay or transgender as it does with being heterosexual. Which is to say, it has nothing to do with any of those things.

The entire text is more or less an affirmation of parental rights as to the educational development and well-being of children in public schools. For the most part, the law requires that schools fully inform parents about the emotional, psychological and physical health affairs of their kids; that schools make all student health records available to their respective parents; and that schools obtain permission from parents regarding matters related to their children’s health and medical affairs.

As background, the reason for the law is because a mom in Tallahassee very recently was told by administrators at her young daughter’s school that she could not view health records related to her own child, who was apparently expressing confusion about being female.

The one line of text in the Florida law that has Chasten’s chastity belt in a lock is where it states that school classroom instruction on matters related to “sexual orientation or gender identity” be prohibited in grades kindergarten through third, and that it otherwise be age-appropriate. Specifically, it says: “Classroom instruction by school personnel or third parties on sexual orientation or gender identity may not occur in kindergarten through grade 3 or in a manner that is not age appropriate or developmentally appropriate for students…”

Leftists have disingenuously asserted that this would prohibit teachers, faculty, and students alike from any acknowledgment that perhaps a male teacher has a husband or that a little girl has two moms. One Florida-based male kindergarten teacher hilariously worried on MSNBC that the new law means he would “have to hide” from his students that he and his partner “went paddle boarding this weekend.”

Unless this guy’s “paddle boarding” adventure means getting into the details of what it means to be gay, our maritime friend need not worry. Whether he and his partner went salsa dancing, rock climbing, or to one of Cher’s eighth “farewell tour” concerts, nothing in Florida’s law says he can’t chat with his students about how he spent his free time.

The law is expressly meant to prohibit teachers in grades K-3 from discussing sex in the classroom. That would include explaining why certain people sleep with other people, and why some individuals believe they should have different genitalia than what they were born with.

Outside of those grades, the law states that sex education be “age appropriate,” a matter that schools are instructed to settle on with their corresponding educational boards.

Normal person: So what’s the problem?

For any reasonable person, this isn’t controversial. Growing up in South Carolina, my district mandated that students had no sex education until fifth grade, and it was only after parents gave their written consent. What’s more, I’m gay and felt absolutely no need to say a word about it to my own nephew (let alone someone else’s kid) until he was eight, and it was solely to answer why I don’t have a wife: “Some people have wives and some people have husbands.” Anything else he wanted to know would be up to his parents to address. I’ve never worried that this was a problem.

A recent survey purported that a majority of Democratic voters in Florida support the law. Of course they do. Fortunately, they’re not on the side of Chasten Buttigieg.

Eddie Scarry is the D.C. columnist at The Federalist and author of “Privileged Victims: How America’s Culture Fascists Hijacked the Country and Elevated Its Worst People.”

All copyrights and legal uses attributed to content are located at the article origination: The Federalist Don’t Let Gay Chasten Buttigieg Near Your Children, Says Nonexistent DeSantis Law

0 28
No Evidence From Corporations , To Back Up Claims That New Indiana Pro-Life Law Will Hurt Business

0 24
Fueled By Two-Tiered Political Justice, The Left’s 1960s Violence Is Back