The Walt Disney Company announced they will continue to create more LGBTQ+ content as a Florida bill attempts to stop schools teaching about gender identity through the third grade.

The bill in quesstion is HB 1557: Parental Rights in Education. According to The Florida Senate’s website the bill “requires district school boards to adopt procedures that comport with certain provisions of law for notifying student’s parent of specified information; requires such procedures to reinforce fundamental right of parents to make decisions regarding upbringing & control of their children; prohibits school district from adopting procedures or student support forms that prohibit school district personnel from notifying parent about specified information or that encourage student to withhold from parent such information.”

The bill specifically states, “classroom instruction by school personnel or third parties on sexual orientation or gender identity may not occur in kindergarten through grade 3 or in a manner that is not age-appropriate or developmentally appropriate for students in accordance with state standards.”

RELATED: The Walt Disney Company, Warner Bros., And Sony Will Not Release New Movies In Russia, Don’t Say Anything About China

In response to the bill, activists have demanded The Walt Disney Company and others to take a stand against it. Scott Maxwell, in the Orlando Sentinel, declared, “Walt Disney World is a prime example. The parks preach inclusion in their marketing campaigns. But Disney has given money to every single sponsor and co-sponsor of this year’s infamous “Don’t Say Gay” bill.”

Author Eric Cervini declared he would be boycotting all Disney products writing on Twitter, “I AM BOYCOTTING Disney+, ESPN,+ Hulu, ABC, Disney Parks, FX Networks, Marvel Studios, Pixar, and Star Wars until Disney comes out forcefully against the “Don’t Say Gay” legislation and pledges to permanently cease contributions to the bill’s supporters.”

By opting in, you agree to receive emails with the latest in Comic Culture from Bounding Into Comics. Your information will not be shared with or sold to 3rd parties.

In response to these activists and more, as reported by WDW News Today, The Walt Disney Company released a statement that reads, “We understand how important this issue is to our LGBTQ+ employees and many others. For nearly a century, Disney has been a unifying force that brings people together.”

“We are determined that it remains a place where everyone is treated with dignity and respect. The biggest impact we can have in creating a more inclusive world is through the inspiring we content produce, the welcoming culture we create here and the diverse community organizations we support, including those representing the LGBTQ+ community,” the statement concludes.

This should not surprise anyone. Back in 2020 during The Walt Disney Company’s 2020 Annual Meeting of Shareholders, Chapek confirmed the company would have an “increased commitment” to LGBT characters and stories.

Chapek was questioned by shareholder Caroline Farrow of CitizenGo, “Now, as you may be aware almost 700,000 people have signed a petition asking Disney to reconsider the way in which you currently promote LGBT ideology in many of your products for children. Now, the numbers of people signing this petition are rising.”

She continued, “We’ve heard a lot about diversity which is important and Disney is a company that represents communities all around the world. Now, there are families like mine, we grew up with Disney, we love Disney, we want to introduce our families to Disney’s product, we want to trust your brand. But we no longer feel safe.”

Farrow then asked, “At a time when your stock is down by 20%, is it perhaps time to reconsider what you can do to make Disney more family friendly? To make it safe for people around the world, not just one particular minority? And also what would you say to those 700,000 people who signed our petition saying, ‘Please let’s not have the gay prides in the Disneyland parks.’?”

In response, Chapek stated, “Well, thank you for your question. At Disney we strongly believe we should reflect in our creative content the diversity that we find in our fanbase and our audience. And I believe that will continue with an increased commitment as we move forward. We want to represent our audience. We believe we want to tell stories that our audience wants to hear that reflects their lives.”

He added, “Secondly, in terms of the stock price. I think there is a lot of reasons why the stock price might be down 20% and it has nothing to do with the issue that you have raised. It might have more to do with coronavirus and the worldwide pandemic that we are facing.”

Chapek would also respond to a question about the firing of Gina Carano from a shareholder at the 2021 Annual Meeting of Shareholders. The shareholder asked, “It’s clear that there is a new blacklist punishing conservatives in the entertainment industry. Disney+ actors Pedro Pascal and Gina Carano tweeted similar analogies of current political events to Nazi Germany. Yet, only Carano, who is considered a conservative, was fired from The Mandalorian. Regarding Disney and a blacklist, this is the way?”

Chapek answered “I don’t really see Disney as characterizing itself as left leaning or right leaning. Yet, instead standing for values. Values that are universal. Values of respect. Values of decency. Values of integrity. And values of inclusion.

He continued, “And we seek to have not only how we operate, but the content that we make reflective of the rich diversity of the world we live. And I think that’s a world we all should live in, in harmony and peace.”

What do you make of Disney’s promise to make more LGBTQ+ content?

NEXT: Disney Plus’ ‘Rise Up, Sing Out’ Episode Teaches Kids About Microaggressions

0 15
'The Statement for Women is You Don’t Matter': USA Swimming Official Who Quit Over Trans Swimmer Speaks Out 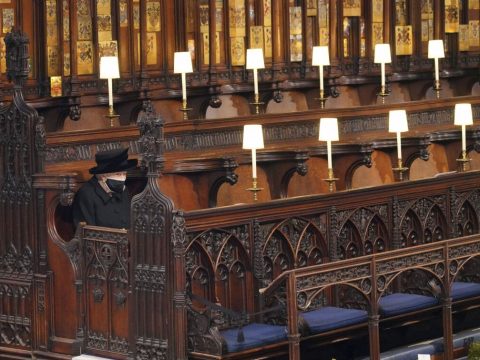 0 17
Exclusive — Fmr. Detroit Police Chief James Craig: ‘I Stand with Those Truckers for Fighting for Freedom’