Disgraced former Congresswoman Katie Hill has filed for bankruptcy after she unsuccessfully sued publications and journalists for publishing nude photographs of her while she was in office.

The bisexual former lawmaker sued the conservative website RedState, the British tabloid the Daily Mail, and journalists Jennifer Van Laar and Joe Messina after they published pictures of her brushing another woman’s hair while naked and holding a bong, the Los Angles Times reported.

If her filing for bankruptcy is successful, she could avoid paying the attorney’s fees to the defendants in the lawsuit, which a judge dismissed in 2021, the publication reported.

“It’s a broken system where a plaintiff’s sensible use of our legal system to adjudicate fundamental breaches to their sexual privacy results in such financially punishing consequences for daring to file a legal case that bankruptcy is the last resort,” Hill’s attorney Carrie Goldberg told the Los Angeles Times, claiming that Hill had no choice but to file for bankruptcy.

Victims of cyber exploitation are being let down by our legal system, and I have gotten an unfortunately personal look at the damage that can do. My thoughts below: pic.twitter.com/XuQq3ZqgWR

But Krista Lee Baughman, who represents the journalists that Hill sued, criticized the former congresswoman for attempting to “evade responsibility for her errors.”

“The bankruptcy process was not meant to enable privileged politicians with the means to earn revenue to evade the natural consequences of their intentional acts,” she said, the Los Angles Times reported. “We have questions about this filing, and we will be pursuing them in court.”

In 2019, Red State published stories alleging that not only had Hill and her then-husband engaged in a sexual relationship with a female campaign staffer — the publication also alleged she was carrying on an affair with a subordinate.

Hill admitted the campaign worker relationship was inappropriate but said that she did not have an affair with a congressional staffer (this would be a violation of House rules).

It is with a broken heart that today I announce my resignation from Congress. This is the hardest thing I have ever had to do, but I believe it is the best thing for my constituents, my community, and our country.

See my official statement below. pic.twitter.com/nG97RQIwvO

“So yeah it really hurt to have my old seat flip back to Republican-for a ton of people & also for me,” Hill tweeted after her seat flipped. “In fact, it was pretty f***ing devastating. I went offline & cried for a few days but, as always, getting ready to stand back up & keep fighting. Hope you are too.”

“Onward,” she added with a heart emoji.

Hill owes about $273,000 in attorney’s fees to the journalists and the parent companies that own the Daily Mail and Red State, the publication reports, noting that at one point she also owed her own attorneys $100,000. 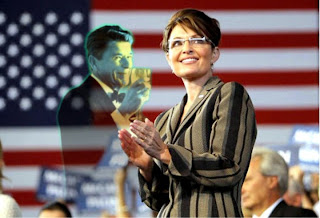