Sen. Dick Durbin (D., Ill.) will be in the news a lot this month. Beginning March 21, the chairman of the Senate Judiciary Committee will preside over the confirmation hearings for President Joe Biden’s Supreme Court nominee, Ketanji Brown Jackson.

Mainstream media outlets have already started praising Durbin for his “historic” role in the confirmation of the High Court’s first black female justice, and it’s only going to get worse. Last month, the Washington Post published a lengthy profile of Durbin highlighting the career politician’s determination to “make history.” He could not have asked for a friendlier (as in whitewashed) assessment of his 40-year career in Congress.

The Post examined how Durbin is preparing “to make his star turn on the Senate’s biggest stage” by overseeing a historic confirmation that “would represent a capstone moment in a long, storied career.” By achieving the widely anticipated outcome (Jackson gets confirmed), Durbin would enhance an already “extensive résumé” and cement “his status as a player in some of the most significant racial advancements in American politics of this generation.” The report cites Durbin’s “close association” with Barack Obama (they represented the same state in the Senate) as an example.

The paper’s “wide-ranging interview” gave Durbin the opportunity to praise himself and his party, while revealing very little substantive information. “Making history … means a lot to me,” the senator said. He is also looking forward to helping Biden “advance civil rights in America.” Critics complained that the profile, which described Durbin’s “unpresuming, unfailingly courteous, thoroughly Midwestern personality” as one of his only flaws, was egregiously fawning in nature.

The triple-bylined “fluff piece,” in the words of former Republican Senate aide Gregg Nunziata, was a “discrediting” work of journalism that ignored crucial aspects of Durbin’s record. “This is the profile only Dems get,” he wrote. “Impossible to imagine this credulous and almost fawning tone” in an article about a GOP Senate leader. According to a Washington Free Beacon analysis of the Post profile, Nunziata’s criticism is correct.

During a recent interview on CNN, for example, Durbin urged his Republican colleagues to “keep an open mind and to meet with Ketanji Brown Jackson, ask the hard questions, ask for materials—we’ll provide them.” He stressed the importance of a “bipartisan” process. As David Harsanyi of National Review noted, Durbin and his Democratic colleagues have a long history of using aggressive partisan tactics to befoul the judicial confirmation process.

Several months after President George W. Bush took office in 2001, Durbin and Senate Democrats began plotting with activists to “change the ground rules” for judicial nominations by insisting that “there was no obligation to confirm someone just because they are scholarly or erudite.” Democrats spent the next several years using the filibuster and other procedural tactics to stymie Bush’s nominees for federal judgeships.

Sen. Chuck Schumer (D., N.Y.), the current majority leader, spearheaded his party’s aggressive use of the filibuster, which the New York Times described as “an extreme tactic” in 2003. (Last year, the paper’s editorial board called for the filibuster’s elimination on the grounds that it was preventing Biden from enacting his controversial agenda.) When Republicans returned the favor during the Obama administration, Democrats responded in unprecedented fashion by abolishing the filibuster for most presidential nominees.

Perhaps the most egregious example of Democrats blocking a qualified judicial nominee for purely partisan reasons came in 2003, when Durbin and his colleagues repeatedly filibustered the nomination of Miguel Estrada to the D.C. Circuit Court of Appeals. Estrada would have been the first Hispanic judge to serve on the court. After a delay of more than two years, Estrada eventually gave up. Durbin and the Democrats declared victory.

Weeks later, leaked memos from Durbin’s office revealed that left-wing activists groups viewed Estrada as “especially dangerous” because “he is Latino, and the White House seems to be grooming him for a Supreme Court appointment.” Also among the leaked documents were talking points prepared for Sen. Ted Kennedy (D., Mass.) for a speech to his Democratic colleagues in which he urged them to oppose Estrada’s nomination. The talking points included the line “We can’t repeat the mistake we made with Clarence Thomas,” referring to the first black justice to serve on the Supreme Court.

Rest assured, mainstream media outlets are unlikely to mention any of this in their coverage of Jackson’s confirmation hearings later this month. Instead we’ll be treated to a barrage of mindless punditry about how Republicans are to blame for injecting partisanship into the judicial nominations process and are opposing a black woman because of racism. 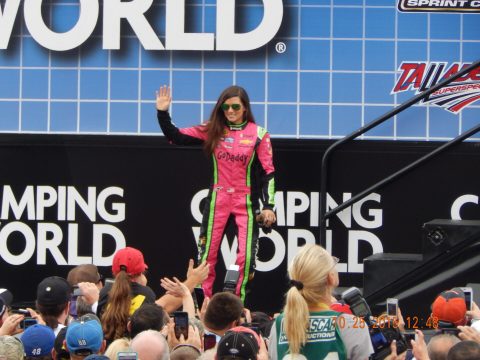 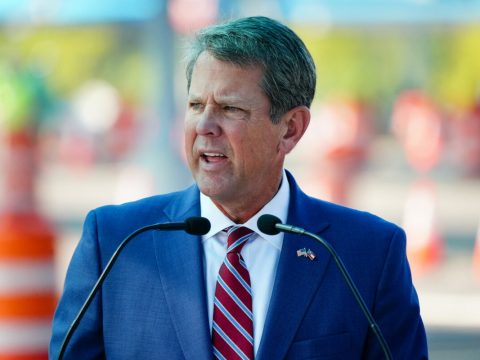