But none of them were interested in providing substantive answers for a crisis that rages on unaddressed.

First, Melugin questioned Rep. Ayanna Pressley (D-Mass.) whether she has “an issue” with a record number of unaccompanied migrants coming to the U.S., some of them dying. He also asked whether she agrees with the Biden administration that the border is “secure.”

Pressley refused to answer either question and instead walked away from him.

Second, Melugin confronted Rep. Bennie Thompson (D-Miss.), asking him whether the border is secure. Thompson refused to answer the question and immediately walked away after telling Melugin, “I have to go give a speech.”

When Melugin approached Mayorkas, the secretary also refused to answer questions. Mayorkas, however, was more polite than Pressley or Thompson.

“I’m sorry, I don’t,” Mayorkas said when Melugin asked if he had a brief moment to discuss the border crisis.

Interestingly, the Democrats who answered Melugin’s questions — Reps. Veronica Escobar, Colin Allred, and Henry Cuellar — represent districts in Texas, including those on the front lines of the border crisis.

“This is our administration. I’m a Democrat. And you know, they need to understand they own it now,” Cuellar said. “They own it now. And they have to take the steps to correct this, otherwise, you know, when are we going to see an end to this?”

Melugin’s dogged reporting of the crisis, which often goes viral on social media, has angered the White House. Melugin, however, is clearly not backing down. 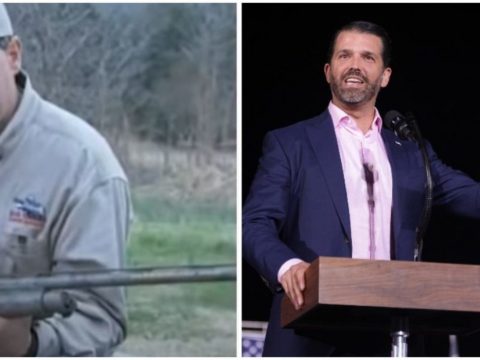