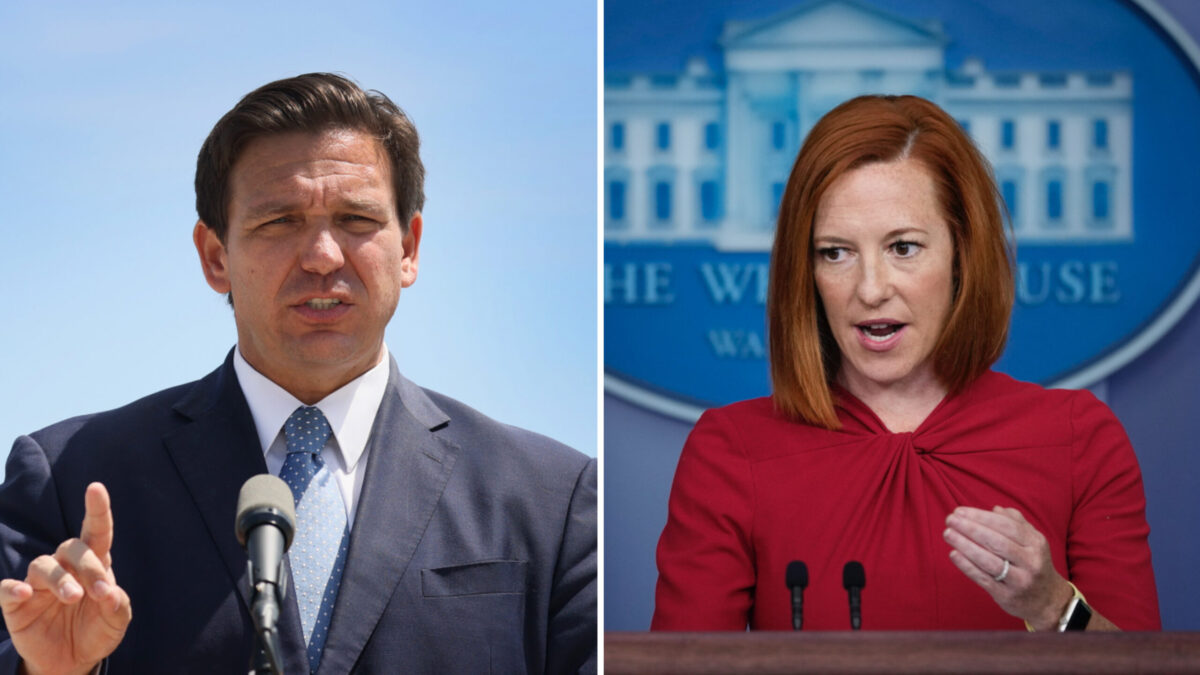 An ABC News White House correspondent asked White House Press Secretary Jen Psaki about DeSantis’ remarks at a press briefing. Psaki, who has young children of her own, said that “as a parent,” DeSantis’ position was “greatly concerning” to her, adding, “That puts kids at risk.”

ABC News’ Karen Travers, eager to attack DeSantis, prompted Psaki by saying, “Florida Governor DeSantis was talking about mask mandates for kids earlier this morning. And he said, ‘We’re not doing that in Florida. We need our kids to breathe. We need our kids to be able to be kids.’ He said, ‘It’s terribly uncomfortable for them to do it.’ That obviously goes against the CDC guidance for kids under 12 who aren’t vaccinated and what the president said last night. Is that putting kids in Florida at risk?”

“Well, as a parent myself, and I know you are one, if I were a parent in Florida, that would be greatly concerning to me, because kids under the age of 12 are not vaccinated,” Psaki snapped. “They’re not eligible yet. As the president said last night, obviously it’s going to be led by the FDA, but certainly we hope that will be soon. But that puts kids at risk. It’s not aligned with public health guidelines. We know masks are not the most comfortable thing. I will say, my kids are quite adjusted to them, as I know many kids are. So certainly we would have concern about any step that doesn’t abide by public health guidelines, and we think it puts people at greater risk.”

Earlier Thursday morning, at a ceremonial signing of Florida’s House Bill 3, aka the “New Worlds Reading Initiative,” which is designed to help children in kindergarten through fifth grade reading below grade level, DeSantis stated:

Excited about the upcoming school year; I think if you remember this time last year there were many parts of the country that wouldn’t open their schools. We thought it was very important that parents had access to in-person education; we were able to do it. It was — unique circumstances, I think our school districts, most of them did a really, really good job — and I know a lot of teachers were instrumental in getting the kids back in as well, so I want to thank everyone for doing that. We look forward to the upcoming year to be a normal school year, be in person, and learn like normal kids.

Then DeSantis turned to the federal government: “There’s been talk about potentially people advocating at the federal level imposing compulsory masks on kids; we’re not doing that in Florida, okay? We need our kids to breathe; we need our kids to be able to be kids. We need our kids to able to breathe. It’s terribly uncomfortable for them to do it — not very much science behind it. There’s some schools we had, didn’t do masks, others did, the outcomes were not meaningfully different, and so I think it’s really important that — parents obviously can equip their kid to go to school however they want, but there shouldn’t be any coercive mandates on our schools, and so we want to make sure that as of right now, all the school districts are going in that direction.”

“But there is going to be, it looks like, a campaign from Washington to try to change that,” he warned, “and I’ve talked to [Florida House Speaker] Chris Sprowls; if we need to bring them back in to be able to do something from the legislative perspective, he’s all in to be able to do it and I know people will do it.”

“At the end of the day, we’ve got to start putting our kids first,” DeSantis asserted. “We gotta look out for their education. Is it really comfortable? Is it really healthy for them to be muzzled and have their breathing obstructed all day long in school? I don’t think it is. I’ve got a three-year-old son, and you got people like Fauci saying he should be muzzled, that you should be throwing masks on these three-year-old kids. It’s totally unacceptable and certainly unacceptable to have any level of government imposing that on parents and on kids.”

He concluded, “And so we look forward to a normal school year, obviously parents can make decisions how they want to, we wouldn’t restrict that, but we certainly will not have any mandates on students and on parents in the upcoming school year.”

According to CDC Guidance: “Masks should be worn indoors by all individuals (age 2 and older) who are not fully vaccinated.”

John Tierney, a contributing science columnist for The New York Times, has argued against mask-wearing for children, stating:

A year of mask-wearing will scar some of them psychologically—and maybe physically, too, according to a team of Italian professors of plastic surgery, who warn that the prolonged pressure from the elastic straps could leave young children with permanently protruding ears. By hiding teachers’ lips and muffling their speech, mask-wearing makes it harder for young children to develop linguistic skills and prevents children with hearing impairments from lip reading. Unable to rely on facial cues, teachers and students of all ages are more likely to misinterpret one other, a particularly acute problem for children on the autism spectrum. 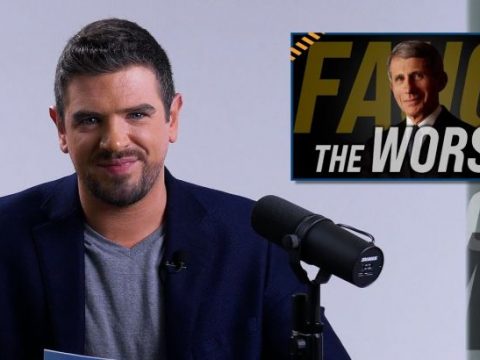