Republican Florida Gov. Ron DeSantis’ press secretary, Christina Pushaw, reportedly filed for registration under the Foreign Agents Registration Act (FARA) this week, detailing work she did for a foreign politician before working for the governor.

Pushaw worked for former Georgian President Mikheil Saakashvili between 2018 and 2020. Her attorney, Michael Sherwin, said she earned $25,000 over that time frame, according to The Washington Post.

Sherwin told the outlet that Pushaw received a request from the Department of Justice (DOJ) to register with FARA, and she did it immediately. (RELATED: DeSantis’ Spokeswoman Had A One Word Response To All The Virtue Signaling At The Oscars)

“Her efforts included writing op-eds, reaching out to supporters and officials, and advocating on his behalf in Georgia and in the United States,” Sherwin said, according to the outlet. “The work ended in 2020. Ms. Pushaw was notified recently by the DOJ that her work on behalf of Mr. Saakashvilli likely required FARA registration. Ms. Pushaw filed for the registration retroactively as soon as she was made aware.”

Former Georgian President Mikheil Saakashvili poses in front of the Erasmus Bridge in Rotterdam, The Netherlands on February 14, 2018. – Former Georgian president Mikheil Saakashvili arrived on February 14, 2018 in the Netherlands after being expelled by Ukraine, his lawyer told AFP. Saakashvili, who is married to a Dutch woman, “is in the Netherlands” and “wants to stay,” said his lawyer Oscar Hammerstein. He added that the opposition leader, who was arrested by masked men in a Kiev restaurant and deported to Poland, was sorting out a Dutch residency permit. (Photo by Rob Engelaar / ANP / AFP) / Netherlands OUT (Photo credit should read ROB ENGELAAR/AFP via Getty Images)

FARA is used “to promote transparency with respect to foreign influence within the United States by ensuring that the United States government and the public know the source of certain information from foreign agents intended to influence American public opinion, policy, and laws, thereby facilitating informed evaluation of that information.”

Saakashvili was the president of Georgia from 2004-2013 and was the mayor of Odesa, Ukraine, from 2015-2016. In 2018, Ukrainian President Petro Poroshenko banned Saakashvili from Ukraine, and he fled to Poland and then the Netherlands. Saakashvili returned to Ukraine in 2019 under Ukrainian President Volodymyr Zelenskyy, before returning to Georgia in 2021 and being imprisoned upon arriving in the country due to criminal charges issued against him.

Pushaw did not immediately respond to the Daily Caller for comment. 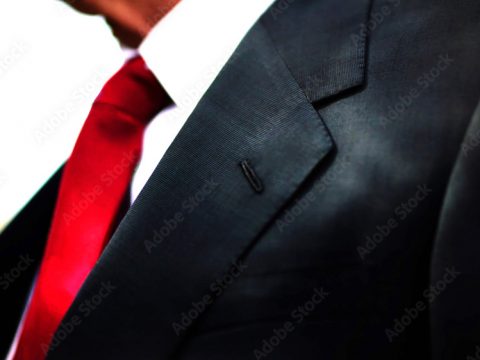 0 5
Diesel Prices Hit All-Time High, Meaning Soon So Will The Costs Of Everything You Buy