Trump raked in approximately $36 million during the first six months of the year through online donations, a $20 million dollar decline compared to the same period during 2021, Newsweek reported. During the first quarter of the year, Trump brought in about $17 million.

Meanwhile DeSantis, who is running for re-election, has raised roughly $45 million during the first half of 2022, Newsweek reported.

It’s important to note that DeSantis is able to take in an unlimited amount of contributions while Trump’s joint fundraising PAC can take a maximum of $10,000 per donor, nor is Trump currently running for office, according to the report.

Republican strategist Mike DuHaime told Reuters the lag in fundraising could be because voters are tired of Trump.

“There is definitely Trump fatigue,” DuHaime said, according to the outlet. “Donors care about future elections, not past elections.”

A recent poll found more Americans would like to see Trump run in 2024 than President Joe Biden, but neither candidate has broad support.

Thirty-five percent of registered voters said Trump should “definitely” or “probably” run while just 29% said the same of Biden, a Politico poll found. (RELATED: Fox Presses DeSantis On If He Will Run Against Trump. Here’s What DeSantis Said)

“I don’t know if Ron is running, and I don’t ask him,” Trump told The New Yorker. “It’s his prerogative. I think I would win.” 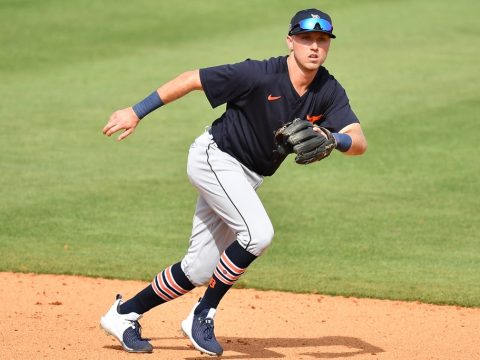