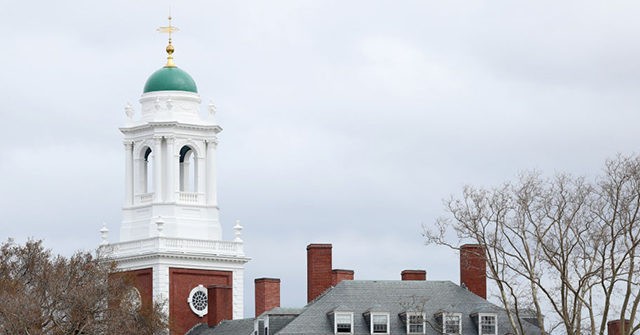 Following the Supreme Court 1954 decision in Brown v Board of Education mandating the end of public-school segregation, many pro-segregationist lawyers proposed ways by which the schools could deal with that decision without radically altering the actual composition of segregated schools. They cautioned, however, that the school boards would have to be “more subtle” than they have been thus far, lest they be caught violating the decision.

I was reminded of that despicable effort to circumvent that important Supreme Court decision by a statement recently made by Professor Laurence Tribe of Harvard. He told the Harvard Crimson that he remains confident in Harvard’s ability to adapt its admissions process without decreasing the number of minority students should the court strike down race-based affirmative action.

His exact words, which I now quote, are strikingly parallel to those used by southern segregations eager to maintain the then status quo:

“Universities as intelligent as Harvard will find ways of dealing with the decision without radically altering their composition,” Tribe said. “But they will have to be more subtle than they have been thus far.”

This legal advice from a Harvard professor, who purports to be an expert in Constitutional law, essentially suggests that Harvard engage in conduct similar to that rightfully condemned when engaged in by southern school boards in an effort to circumvent Brown v. Board of Education.

Supporters of Tribe will obviously try to distinguish the two cases: Brown was a good case; a decision outlawing race based affirmative action would be a bad case. But lawyers should not ethically recommend circumventing Supreme Court decisions based on whether they regard them as good or bad. A precedent set in bad cases will inevitably be employed to circumvent good cases.

That is precisely what Texas is trying to do to in dealing with Roe v. Wade, by authorizing vigilante plaintiffs to sue abortion providers. Constitutional law professors should not be advising their universities to use “subtle” means to circumvent Supreme Court decisions, even if they disagree with them.

It would be perfectly proper for Tribe and others to recommend proper ways of dealing with an adverse Supreme Court decision. These may include legislation, administrative actions, petitions for rehearing, constitutional amendments – and even court packing (thought I would strongly disagree with that tactic). But it does not include using subtle means to deliberately circumvent a Supreme Court ruling.

Professor Tribe is well known for his view that good ends justify bad means. He called for the impeachment of Donald Trump even before he took office, after previously arguing on behalf of Bill Clinton for a narrow construction of the impeachment clause of the Constitution. For Tribe the Constitution means what he thinks it means. He approves of race-based affirmative action, and so it is perfectly proper for universities to engage in subtle efforts to evade a decision striking down a policy of which Tribe approves.

This is not the way the Constitution should work. Every action should pass what I call the “shoe on the other foot test.” No tactic should be recommended for one side that would not be proper if used by the other side.

It is far from certain that the Supreme Court will outright ban all race based affirmative action programs. The vote is too close to call. But if it does, the proper response is not to circumvent it. There are alternatives to race based admissions that actually would be fairer and more consistent with the equal protection clause of the Constitution. These include a focus on individual applicants, based on their personal experiences, rather than on racial categories.

For example, Justice William O. Douglas – perhaps the most liberal person ever to serve on the Supreme Court – recommended race-neutral admissions policies that would not prefer a wealthy black applicant over “a poor Appalachian white or a second generation Chinese [American] in San Francisco, or some other American whose lineage is too diverse as to defy ethnic labels …”.

The end result of such a color blind admissions policy would be to reduce the number of privileged Black applicants, while increasing the number of unprivileged Black and non-black applicants. This would not be a circumvention of the Supreme Court decision outlining race based affirmative action programs. It would be the implementation of a more complex and more difficult to administer admissions process that would also be more consistent with the Constitution.

But in the age of identity politics – where race seems to matter more than individual characteristics –universities might well seek ways around the anticipated Supreme Court decision. They will turn to constitutional lawyers like Tribe to assist them in this dangerous and ethically questionable endeavor. The end result would not be good for anyone.

Alan M. Dershowitz is the Felix Frankfurter Professor of Law, emeritus, and the author most recently of The Case for Color Blind Equality in the Age of Identity Politics, and The Case for Vaccine Mandates, Hot Books (2021).

0 5
Maher on Canada Protests: There's an Accurate View That Some Can Afford to Stay Home and Others Who Can't

0 8
Defense Secretary Austin: Putin Has 'Probably Given up' on Taking Kyiv