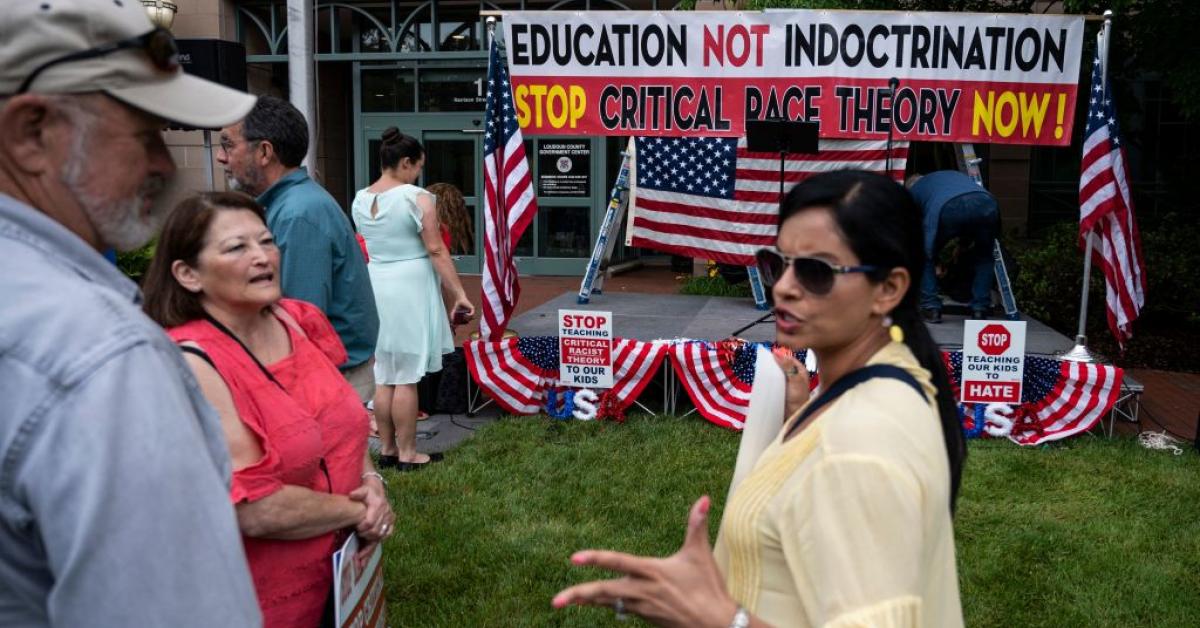 Newly uncovered federal grant documents show that the U.S. Department of Education has awarded roughly $2.5 million in taxpayer dollars to a Florida-based education program that trains education future teachers in, among other things, critical race theory.

The funding came through two grants, one in 2017 and another in 2021. Both grants went to faculty at Florida State University, which has partnered with Florida Agricultural and Mechanical University.

Grant documents from the federal Institute for Education Sciences database show that the DOE awarded $1,020,800 in the first grant and $1,498,620 in the second grant. The program offers participants 1-year fellowships.

The program in question is called Partners United for Research Pathways Oriented to Social Justice in Education (PURPOSE).

Those proseminars include teaching and training on critical race theory.

The theme of the PURPOSE program is, “Social Justice: Using Research to Address Inequities in Education.” Students from FSU and FAMU will have opportunities to develop their own research projects during the yearlong fellowship by engaging research problems targeting educational injustices. One of our program outcomes is a value for participating in the process of social justice, with the ultimate goal of ensuring that all groups of people can fully participate in a society that meets their needs, beginning with an equitable education.

In the spring and summer semesters, fellows will participate in proseminars that focus on social justice topics including culturally relevant pedagogy and research design, tools for analyzing oppression, critical race theory, multicultural leadership, and tools for social change and action, which are led both by PURPOSE mentors and guest speakers from both institutions.

Alysia Roehrig, a professor of Educational Psychology at FSU who is listed as the “principal investigator” for the 2017 grant, acknowledged that critical race theory is taught in the taxpayer-funded program. She defended PURPOSE, saying it focuses on training education researchers, not teachers, though some of the fellows do go on to be teachers.

“The purpose of our project is to train minoritized students in education research methods so that they may obtain a PhD and perhaps become university professors,” Roehrig said. “We talk about CRT as one of many frameworks that can be used in conducting research with minoritized populations to address social justice issues in education. It is important to spend federal research money on understanding social justice issues because those from racially minoritized populations (who also pay taxes) are underrepresented in the education sciences.”

Roehrig also said it is important to inform teachers about “structural racism.”

“Without diverse perspectives in the field, it is very difficult to address research questions and issues that are relevant to our diverse U.S. population, or to overcome the pipeline problem (increasing the representation of minoritized students in graduate school and university faculty),” Roehrig said. “CRT has been taught in universities for a while (typically at the grad not undergrad level), but I think it has not been taught or used in K-12 schools.

“Teaching young children directly about the theory does not seem developmentally appropriate to me, but the theory can inform their teachers about structural racism and hopefully reduce deficit thinking about their students,” she added.

The principal investigator faculty member at FSU for the 2021 grant, Jeannine Turner, did not respond to a request for comment.

The office of U.S. Sen. Rick Scott, R-Fla., responded to a press inquiry on the program, calling it “inherently racist.”

“Last year, Senator Scott introduced a resolution condemning the use of Critical Race Theory in K-12 schools and teacher training, and he believes any taxpayer dollars spent to push the far-left’s narrative that America is inherently racist and evil in our classrooms, from Pre-K through higher education, is a gross and unacceptable misuse,” Scott’s office said in a statement.

Other critics also attacked PURPOSE, saying it rebuffs Democrats’ argument that CRT is not an issue in K-12 education.

“This is another example of how critical race theory – by name – finds its way into K-12 schools,” said Jonathan Butcher, an education expert at the Heritage Foundation. “These programs train graduate students to apply critical race theory’s discriminatory concepts to classroom teaching.”

The grant falls under the federal “Pathways to the Education Sciences Research Training Program.” The Pathways program’s website says it seeks to “increase the number of fellows from groups underrepresented in doctoral study including racial and ethnic minorities, first-generation college students, economically disadvantaged students, veterans, and students with disabilities and provide greater diversity in the types of institutions that provide IES-funded research training.”

That research training, though, often includes controversial critical race theory curriculum, training educators who then go on to teach at all levels of secondary and higher education. The federal program has not just pushed CRT in Florida.

The Center Square previously reported that the DOE awarded millions of dollars to a North Carolina based program that trains future educators in critical race theory.

In two federal grants, North Carolina Central University (NCCU) received more than $2.6 million for training college students in critical race theory. That program is named “The Research Institute for Scholars of Equity,” or RISE. As part of the taxpayer-funded program, students receive a travel allowance, a $5,000 stipend, and money for housing and food. According to the program’s promotional materials and grant documents, RISE students are taught to use critical race theory as a framework by which to evaluate teacher quality, among other things.

News of that program sparked controversy.

“Critical Race Theory is inherently bigoted and it is a lie,” U.S. Sen. Ted Cruz, R-Texas, said in response to news about that grant funding. “The federal government should not be funding the training for a Marxist ideology that teaches people to hate America. That’s why I introduced legislation earlier this year to block federal funding for CRT.”