If the non-scaleable fences surrounding the marble courthouse are any indication, the Supreme Court is under heavy fire. Congressional Democrats have now entered the fray with a proposal to subvert the independence of the federal judiciary. They intend to do this by passing the Supreme Court Tenure Establishment and Retirement Modernization (TERM) Act, which was introduced in late July.

Their sneaky court-packing scheme endangers the separation of powers and individual liberty. It must be rejected.

Frustrated by a slew of conservative legal victories, Democrats introduced the TERM Act, which would establish 18-year term limits for Supreme Court justices, after which they would “assume senior status,” a quasi-retirement that drastically reduces their caseload and corresponding influence. To fill these vacancies, the president would appoint a new justice during the first and third years of his term. Cast as “an effort to restore legitimacy and independence to the nation’s highest court,” the TERM Act would ironically undermine both, transforming the court from an institution of law to a panel of politicians.

Our Founding Fathers created the judiciary to be the “bulwark” of a limited government. Judges were to keep the federal government and its constituent parts in their proper spheres of authority and safeguard political minorities against the depredations of the governing class. To do either, however, the framers understood that the judiciary must be independent of Congress and the president. Otherwise, warned James Madison, “the stronger faction c[ould] readily unite and oppress the weaker,” rendering the Constitution’s guarantees an empty promise.

Life tenure completely severs “all sense of dependence” between the judiciary and the politicians responsible for their commission, empowering judges to check government excess without fear for their livelihoods. If enacted, the TERM Act would spell the demise of judicial independence. Justices would no longer decide cases in accordance with the letter and spirit of the law. Instead, concern for future employment would sway reason and undermine the legitimacy of the Supreme Court as an impartial arbiter of the law.

The statute would immediately relegate conservative Justice Clarence Thomas to senior status, clearing the way for president Biden to elevate another progressive to the bench. Such brazenly partisan interference with the court’s composition would further delegitimize and politicize it.

Further compounding its delegitimizing effect, the TERM Act would turn presidential elections into existential contests for control of the Supreme Court and the direction of American case law. Because the bill guarantees two Supreme Court nominations per presidential term, candidates and parties would surely campaign on a pool of favored jurists from whom to pick. They may even preemptively select two nominees to curry the favor of certain voters. And with the selection of justices fused into electoral politics, the voting public would see them as politicians in black robes, indistinguishable from the heads of departments, agencies, or commissions.

Either in appearance or fact, under the TERM Act politics would come to influence the court’s holdings, thus undermining its legitimacy as a bastion of impartial arbitration. Such delegitimization would give Congress and the president the perfect excuse to ignore the court and utterly disregard its role in interpreting the law. It would cease to function as what Hamilton called the “intermediate body between the people and the legislature,” imperiling our “great security against a gradual concentration of the several powers in the same department.”

Justice Antonin Scalia once explained: “The real key to the distinctiveness of America is the structure of our government.” By this, he meant the separation of powers that serves as the safeguard of freedom by preventing the centralization of government power. The linchpin of this structure is an independent judiciary, the TERM Act endangers our constitutional design and the individual liberty it secures.

All copyrights and legal uses attributed to content are located at the article origination: © The Federalist, Democrats’ TERM Act Would Pack The Supreme Court With Politicians In Black Robes

0 24
Where Does Tom Cotton Go To Get His Reputation Back? 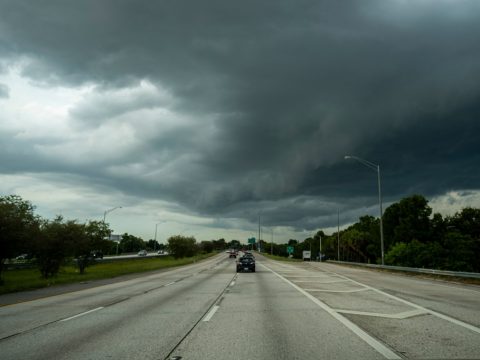