Friday was the one-year anniversary of President Biden’s so-called “stimulus” legislation, the $1.9+ trillion “American Rescue Plan” passed in March 2021. Many elected Democrats took a victory lap for their supposed legislative accomplishment—but some of the claims they made were straight-up fake news.

One year ago, in the darkness of the pandemic, @POTUS proudly signed into law @HouseDemocrats’ #AmericanRescuePlan, putting our nation on the path to crush the pandemic by getting shots in arms, money in pockets, workers safely back on the job and children safely back at school.

As a matter of fact, the $1.9 trillion in spending was mostly funneled to handouts for local governments, fraud-rife government programs, and partisan social spending schemes.

Even the left-leaning fact-checker PolitiFact admitted that more than 90% of the spending was not directly related to mitigating the health effects of COVID-19—and only 1% went to vaccine-related efforts. (They gave incredibly short thrift to what was arguably the best/most effective thing the federal government has been involved in during the entire pandemic response.)

So, it’s odd and misleading for Pelosi to give their spending legislation so much credit for “saving lives” when only a minuscule percentage of it actually went to actual healthcare.

Majority Whip Rep. James Clyburn, a top Democrat in the House, claimed that the American Rescue Plan “crushed the virus” and “jumpstarted the economy.” He also claimed that the plan “created over 7 million jobs.”

One year ago this week, @POTUS Biden enacted the #AmericanRescuePlan, which created over 7 MILLION jobs and helped provide students with the necessary equipment and internet access to get connected.
@HouseDemocrats and @POTUS remain committed to Building a Better America.

This is objectively false.

Even if you bizarrely gave the American Rescue Plan credit for every single job created last year it still wouldn’t get you to 7 million. If you added the first few months of 2022 maybe you could get there, but that would require giving this legislation credit for every single job created since it was signed. Obviously, that’s absurd: Many jobs would’ve been created without it and were created in sectors or at companies that didn’t receive stimulus.

In fact, we may even have ended up with fewer jobs overall as a result of the stimulus legislation, which was so rife with fraud and waste and so poorly designed. As I previously explained for BASEDPolitics:

Per AEI, the economy only created 6.1 million jobs in 2021… even less than was projected without the stimulus spending. So, not only did the 4 million jobs promised by President Biden, Nancy Pelosi, and his many progressive allies fail to materialize. The Democrats spent $1.9 trillion in taxpayer money—roughly $13,250 per federal taxpayer—and ended up with even fewer jobs overall than was expected if we spent nothing.”

So Jim Clyburn’s victory lap for the American Rescue Plan is pushing straight-up misinformation. (Don’t hold your breath waiting for Big Tech to ban him, though).

Don’t forget that with the American Rescue Plan, Democrats voted to spend trillions of our dollars.

It says a lot that one year later, Democratic leaders now feel the need to mislead the public and/or make false claims while defending their behemoth spending plan. They must know that if they tell the truth or stick to the facts, people will see what a disaster this “stimulus” legislation actually was.

Brad Polumbo is a libertarian-conservative journalist and co-founder of Based Politics. His work has been cited by top lawmakers such as Senator Rand Paul, Senator Ted Cruz, Senator Pat Toomey, Congresswoman Nancy Mace, Congressman Thomas Massie, and former UN Ambassador Nikki Haley, as well as by prominent media personalities such as Jordan Peterson, Sean Hannity, Dave Rubin, Ben Shapiro, and Mark Levin. Brad has also testified before the US Senate, appeared on Fox News and Fox Business, and written for publications such as USA Today, National Review, Newsweek, and the Daily Beast. He hosts the Breaking Boundaries podcast and has a bachelor’s degree in economics from the University of Massachusetts Amherst. 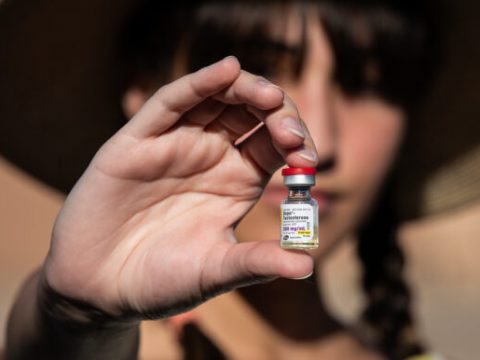