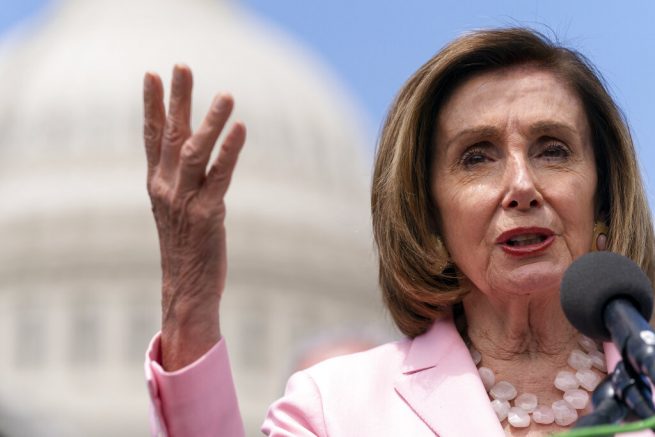 Democrats are pushing their latest spending plan while claiming it’s a “bipartisan effort” despite the lack of Republican support. This came after a group of lawmakers and officials from the local to federal level gathered together to discuss the current infrastructure proposal.

Joining Pelosi at the post-game press conference was Rep. Peter Defazio (D-Ore.) and Mayors Eric Garcetti of Los Angeles, Levar Stoney of Richmond, Virginia and Quinton Lucas of Kansas City. None of those lawmakers are Republicans, but that didn’t seem to matter.

Pelosi asserted the bill would “absolutely” make it to the House floor by the Fourth of July break. Though her assurances are not indicative of a bipartisan effort as the majority party and specifically the Speaker of the House determines which bills and when make it to debate.

We must #BuildBackBetter by thinking boldly. The American Jobs Plan will make historic investments in infrastructure to create millions of good-paying jobs, ensure America can out-compete any other country in the world & lay the foundation for decades of broad economic growth. pic.twitter.com/tRdqbFP0jP

Legislative procedure aside, Pelosi may be celebrating a bit too early with both Garcetti and McConnell telling reporters that there was more work to be done, including agreeing on a definition of the word “infrastructure.”