The Green Party will appear on the ballot in North Carolina’s upcoming Senate contest this November, a federal judge has ruled — despite a coordinated Democratic effort to prevent it.

After the Green Party submitted thousands of signatures for its candidate to appear on the ballot in North Carolina, the Democratic Senatorial Campaign Committee (DSCC) — represented by Russia Hoax lawyer Marc Elias’s law firm — began contacting the people who signed the petition for ballot access and asked them to remove their signatures.

Even the Green Party’s candidate himself, Matthew Hoh, received text messages from the DSCC asking him to remove his signature from the petition and saying “the Green Party takes votes away from Democrats, which helps Republicans win.”

Leading up to the state Board of Elections’ vote to certify the signatures, several letters were sent to the board from Michael Vincent Abucewicz — a Raleigh resident whose lawyer happens to be from the Elias Law Group — that included 145 affidavits or declarations from people who said they wanted their signatures removed.

In June, the state Board of Elections’ Democratic majority voted not to certify the Green Party, citing allegations that many of their 22,521 signatures submitted were fraudulent. Republican board member Tommy Tucker raised questions about the board’s 3-2 party-line vote, saying that while Republican calls for aggressive oversight into signature matching have been disregarded, “we’re making a whole-hearted effort on the Green Party.”

Luckily, in August, a federal judge overturned the state Board of Elections’ ruling, and the Green Party candidate Matthew Hoh will appear on the ballot in November.

This isn’t the first time Democrats have conspired to get the Greens kicked off the ballot, however. Democratic operatives, often led by Elias, have mounted effort after effort to disenfranchise Green Party voters whenever their candidate has threatened Democrats’ chance of winning.

For all of Elias’s recent talk of right-wing election denialism (read: election integrity advocacy) posing a threat to democracy, perhaps he should look in a mirror. He’s been denying Green Party members the vote for years. Hint: It’s never been about democracy. It’s always been about keeping the Democratic Party in power.

When Elias was general counsel for Democratic presidential candidate John Kerry in 2004, he was behind an effort by the Democratic National Committee that mobilized more than 53 law firms and 90 lawyers to file 24 suits in 18 states to remove independent candidate Ralph Nader (formerly of the Green Party) from the ballot. The lawsuits were frivolous, but they drained Nader’s campaign of precious financial resources.

When Nader sought relief in federal court against these lawsuits, he was denied. A Fordham Urban Law Journal analysis found that “the federal courts which heard these cases defied precedent, and made errors of both fact and law when they denied relief to voters who wished to vote for Nader … that denial of injunctive relief completely disenfranchised tens of thousands of voters in the presidential election.”

But that’s not all. Nader’s petitioners for ballot access in several states were harassed by Democratic operatives to get them to remove their signatures from petitions. Multiple petition gatherers and signers were bombarded with phone calls and home visits to that effect. Even private investigators showed up at petitioners’ homes, telling them they’d be guilty of a felony if any information on the petition was wrong. Terry McAuliffe, then-chair of the Democratic National Committee, reportedly told Nader he had approved of these actions.

After the election, Nader sued the Democratic National Committee for compensatory and punitive damages. By the time his case made it to the D.C. Circuit Court of Appeals in 2009, the court ruled the statute of limitations on Nader’s allegations had run out.

In Wisconsin, despite filing nearly twice the number of signatures necessary, Green Party presidential nominee Howie Hawkins was kept off the ballot for a frivolous technicality. In August 2020, the Wisconsin Elections Commission disqualified Hawkins from the ballot in a party-line vote because his running mate listed an incorrect address on her nominating petition. As The Federalist’s Editor-in-Chief Mollie Hemingway writes in her book, “Rigged: How the Media, Big Tech, and the Democrats Seized Our Elections,” “The Wisconsin Elections Commission did not allow the Green Party to make the case that the candidate had merely moved during the process of collecting signatures to get placed on the Wisconsin ballot.”

During that same election cycle, Democrats also kept the Greens off the ballot in Pennsylvania. Democratic activists claimed Hawkins’ running mate, Angela Walker, had failed to comply with election code requirements regarding candidate affidavits. They alleged Walker had faxed a copy of her affidavit without a cover letter and therefore should be disqualified from appearing on the ballot. The Commonwealth Court of Pennsylvania denied the Democrats’ request over such a “bureaucratic snafu.” Democratic Party operatives were not satisfied, however, and appealed to the Pennsylvania Supreme Court, whose Democratic majority overturned the lower court’s ruling. The Green Party was kept off the 2020 ballot in Pennsylvania.

Democrats’ concerted effort to keep Green Party candidates off the ballot is far from over.

Already the Greens appeared on 16 fewer state ballots in 2020 than they did in 2016, thanks to petty Democrat lawsuits. In Montana, Democrats sued to keep the Green Party off the ballot in both 2018 and 2020. They were also blocked from appearing in the U.S. Senate and House races in Texas in 2020. Thus, as long as Green Party candidates have the potential to siphon off votes from Democrats in key battleground races, they will be kept off the ballot by partisan operatives like Elias.

So much for being the party of “voting rights.”

All copyrights and legal uses attributed to content are located at the article origination: © The Federalist, Democrats Are The Real Threat To Democracy — Just Ask The Green Party 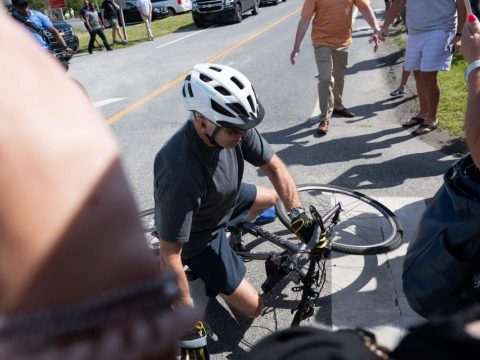 0 32
Biden Admits Concerns About His Age Are ‘Totally Legitimate’

0 6
Schiff: January 6 Probe Needs to Hear From FNC's Hannity — He Is a Trump 'Adviser' 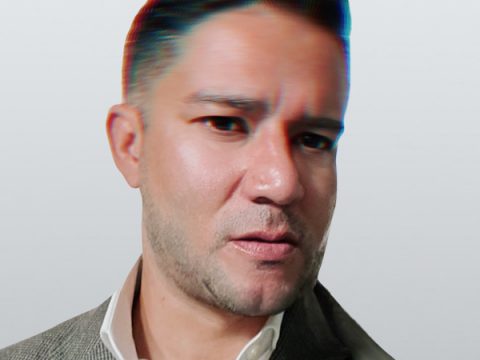 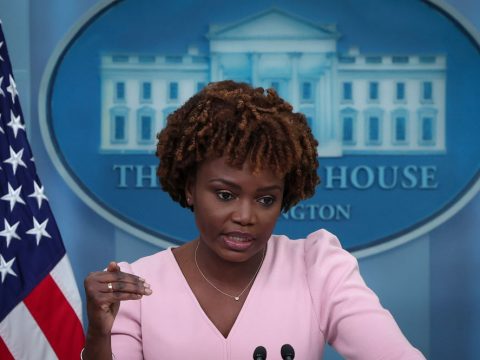