Democratic Pennsylvania Lt. Gov. John Fetterman insists he is still fit to run as the Democratic candidate for U.S. Senate despite admitting to persisting symptoms after his stroke.

Fetterman, who suffered a stroke four days before the Democratic Pennsylvania primary in May, said in an interview Wednesday that his hearing was most affected by the stroke, according to the Pittsburgh Post-Gazette.

Fetterman told the Post-Gazette he feels ready to start campaigning again, and “the only issue is that my hearing is still a little bit not perfect.” (RELATED: Fetterman Spent Thousands On CO2-Emitting Jet Travel Despite Pledge To Boycott Fossil Fuel Donations, Records Show)

“I might miss a word every now and then in a conversation, or I might slur two words,” Fetterman told the Post-Gazette. Fetterman said he feels the slurring and other issues are “infrequent” and that he is “100% able to run fully and to win,” the outlet reported.

“He struggles with hearing sometimes, he said, and may “miss a word” or “slur two together,” but he said it doesn’t happen often and that he’s working with a speech therapist.”

“Physically, I have no limits,” he told the Post-Gazette. “And mentally, again, as I mentioned before, the only issue is that my hearing is still a little bit not perfect… Truthfully, my life is very normal, other than just not doing campaign events right now.”

Fetterman used closed captioning while giving the interview over the phone to avoid missing any words, and the campaign gave the outlet a 20-minute interview time limit, the Post-Gazette reported. 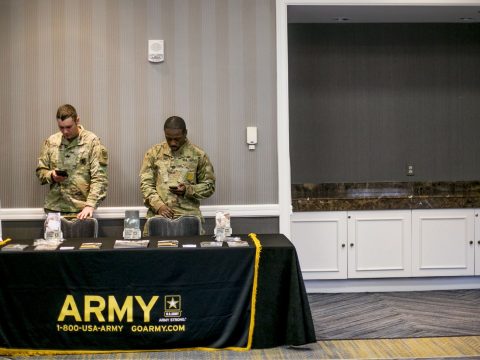 0 24
L.A. County Sheriff Warns Homeless People From Out-Of-State: ‘We’re Coming For You. You Do Not Belong Here’