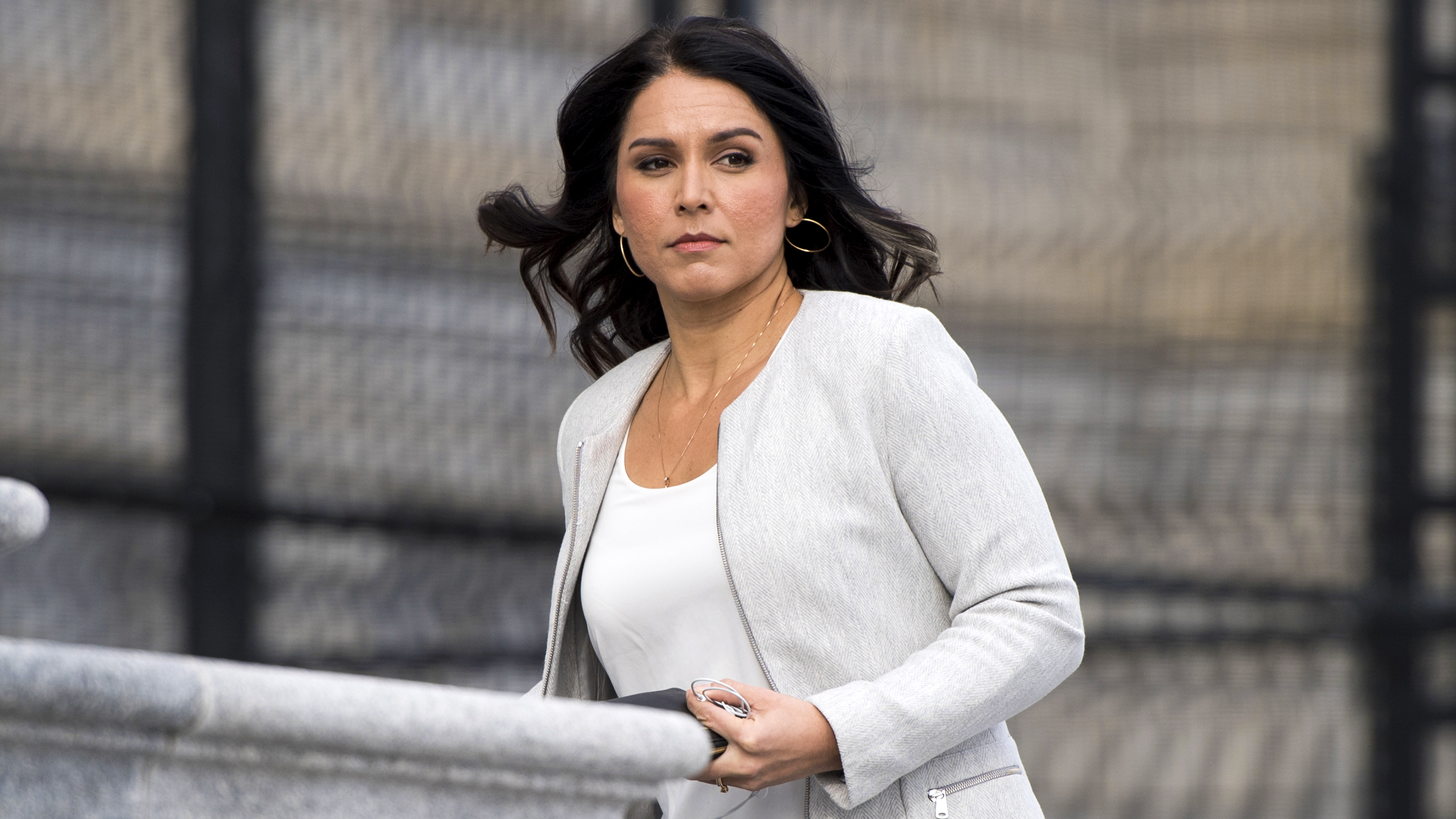 “The Biden/Harris open-door policy has been a disaster,” Gabbard tweeted on Thursday. “It needs to end now. The main beneficiaries of open borders are the gangs, cartels, and human traffickers. The Trump policy of having people wait on the other side of the border worked and needs to be reinstated.”

The Biden/Harris open-door policy has been a disaster. It needs to end now. The main beneficiaries of open borders are the gangs, cartels, and human traffickers. The Trump policy of having people wait on the other side of the border worked and needs to be reinstated.

Gabbard hit the administration in a separate tweet on Wednesday over the same issue.

In a tweet tagging both Biden and Harris, Gabbard wrote, “the humanitarian and national security crisis on the southern border is the direct result of your open-border policy.”

“As I said in my 2020 presidential campaign, we can’t have a secure nation if we don’t secure our borders,” Gabbard continued.

.@JoeBiden @KamalaHarris, the humanitarian and national security crisis on the southern border is the direct result of your open-border policy. As I said in my 2020 presidential campaign, we can’t have a secure nation if we don’t secure our borders.

Reports surfaced several days after the crisis exploded in Del Rio that the Biden administration was planning “widespread expulsions.” However, those reports have been called into question after subsequent reports said that thousands of Haitian migrants who illegally entered the country were let into the U.S. and given notices to appear or notices to return to an immigration office to have their cases processed.

“Haitians have been freed on a ‘very, very large scale’ in recent days, according to one U.S. official who put the figure in the thousands,” The Associated Press reported. “The official, who has direct knowledge of operations, was not authorized to discuss the matter Tuesday and spoke on condition of anonymity.”

The report noted that the latest development from Biden’s border crisis is “undercutting the Biden administration’s public statements that the thousands in the camp faced immediate expulsion.”

The report said that many immigrants have been released into the U.S. with notices to appear at an immigration office within the next two months.

“A second U.S. official, also with direct knowledge and speaking on the condition of anonymity, said large numbers of Haitians were being processed under immigration laws and not being placed on expulsion flights to Haiti that started Sunday,” the AP’s report said, later adding, “The releases in the U.S. were occurring despite the signaling of a massive effort to expel Haitians on flights to Haiti under pandemic-related authority that denies migrants an opportunity to seek asylum.”

The Biden administration announced on Thursday that it was taking away horses from the agents in Del Rio after agents rode up on illegal aliens using the horses in an effort to clear them out of the area as they illegally entered the U.S. after crossing the Rio Grande.

Department of Homeland Security (DHS) Secretary Alejandro Mayorkas bragged during an interview with MSNBC on Thursday that the Biden administration has “rescinded so many Trump immigration policies, it would take so much time to list them.”