Lettieri was sentenced to roughly 16 years in prison in 1990 for being the primary supplier for a drug ring run by a former police officer, the Chicago Tribune reported. The butcher reportedly supplied his contact with up to six kilograms of cocaine each month for six months, charging $33,000 per kilogram.

A spokesman for Davis did not respond to the Daily Caller News Foundation’s request for comment. The congressman’s chief of staff told The Washington Free Beacon, which first reported on the payments, that Davis supports giving people “second chances.”

“We’ve often questioned why Congressman Davis says one thing and yet his actions seem to go in a different direction,” Jeff Fiedler, a spokesman for the Chicago Republican Party, told the DCNF. “Second chances are admirable intent, but in this case we’re wondering why he would make such a questionable decision when there are thousands of other options for office space on the West side.”

“We got to do something to break the cycle of opioid deaths,” said Davis in 2021, according to the Chicago Crusader. “Last year, we had one block where five or six people overdosed within a week’s time. Drug use, opioid addiction is out of hand and more must be done.”

Davis, whose 7th Congressional District represents most of western Chicago, beat out his Democratic challenger Kina Collins in the June primary. Davis does not currently have a Republican challenger in his district, which voted by a rate of more than 80% in 2020 to re-elect him.

The DCNF has reached out to Mario’s Butcher Shop for comment. 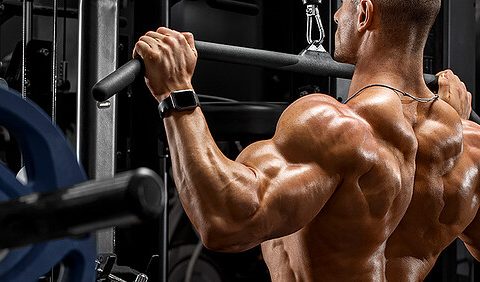 0 38
Breakthrough Back Training: Feel It to Build It