President Joe Biden’s Homeland Security chief welcomed approximately 100,000 migrants across the U.S.-Mexico border in December, according to agency data — regardless of this population’s effect on Americans’ jobs, housing, and communities.

The 100,000 inflow does not include data on “got-aways” — young men who sneak across the lightly-guarded border in search of jobs. If got-away levels from October and November remained steady, December’s figures are likely near 50,000 border crossers.

The Customs and Border Patrol (CBP) numbers show that the border chief — the Cuban-born, pro-migration Alejandro Mayorkas– is on track to deliver roughly 2 million migrants in 2022, or one migrant for every two American births in 2022 — plus hundreds of thousands of visa workers. 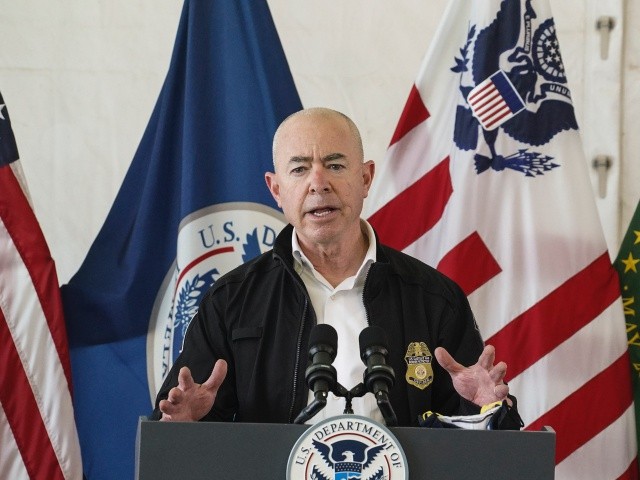 Mayorkas admits the economic migrants under various excuses, including claims that they are eligible for asylum, or are “Unaccompanied Alien Children,” or cannot be easily flown home, even though federal law requires migrants to be detained pending their asylum claims.

The agency claims that it excluded nearly 80,000 people under the Title 42 emergency law, setting the official number of net entries — without “got-aways” factored in — at 99,040.

The inflow numbers are good news for CEOs and investors who benefit from the government’s post-1990 economic policy of extracting migrant consumers, renters, and workers from poor countries. That economic strategy helped create a multi-decade bubble of cheap labor, which allowed investors to create many low-wage jobs for migrants in coastal states instead of creating high-wage jobs for Americans in every state. The extraction policy is also spiking prices for housing, up 16 percent since January 2021.

NEW: We witnessed the federal gov mass releasing single adult migrants, almost all men, at a parking garage in Brownsville. Taxi cabs were then called for them. We followed the taxis to Harlingen airport, where the migrants were dropped off to get on flights around U.S. @FoxNews pic.twitter.com/HcSSwtjMnR

The Dallas Morning News described the current pressure for wage increases on January 20:

Demand is so intense in the North Texas construction industry that wages rose 10% over the last year for high-demand framers, bricklayers, carpenters, electricians and plumbers, said Phil Crone, executive officer at the Dallas Builders Association.

The liberal newspaper, of course, ignored the wage-cutting impact of Biden’s inflation as it touted business demand for even more cheap workers:

Trump’s 2020 cutback in migrants — along with coronavirus-crash retirements — have been pulling sidelined Americans back into the labor force, admitted The Economist, a pro-migration magazine:

Every month brings more of this group—those aged between 25 and 54—back into the jobs market. At the current pace, their participation rate in the labour force will return to the pre-pandemic level of 83% by the end of this year.

Still, the odds are that the job market will be a little calmer by the end of the year, thanks to a combination of slower economic growth, a fading pandemic and more prime-age Americans resuming work. But the extreme tightness today will have offered a glimpse into the future as ageing depletes the pool of potential workers. Ms Wanamaker describes the prospect as a “perpetual labour shortage”. Getting by with less help will be the new normal.

But Mayorkas and his aides are determined to pull foreigners into the U.S. labor market and to re-inflate the cheap labor bubble that pushed many millions of Americans into poverty after 1990. For example, in October, Mayorkas used the Title 42 rule to exclude 94,000 migrants of the 165,000 people recorded at the border. In December, he only excluded 79,000 of the 179,000 migrants recorded at the border. 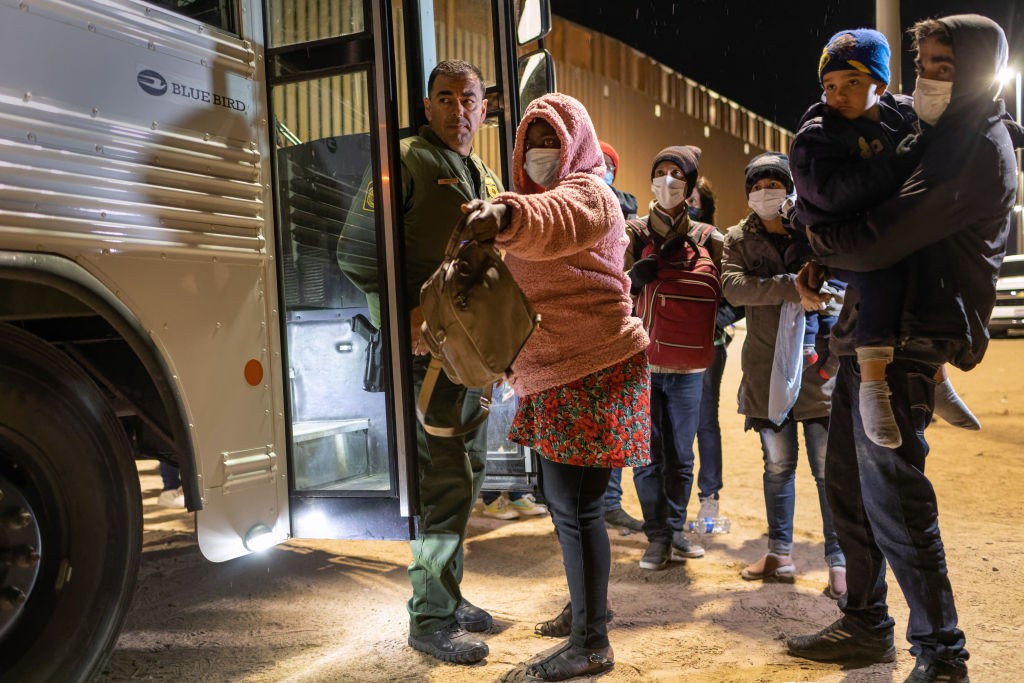 A pregnant immigrant from Haiti prepares to board a bus to a U.S. Border Patrol processing center on December 09, 2021 in Yuma, Arizona. (John Moore/Getty Images)

The donor-funded GOP leaders are eager to ignore the pocketbook impact of migration and to shift the public’s focus elsewhere. Thus the House GOP’s National Republican Congressional Committee — which is charged with helping to elect a GOP majority — slammed the December border numbers as a crime problem:

Joe Biden can’t hide from the fact he’s created a national disaster at the US-Mexico border that is a human and drug trafficking bonanza for drug cartels and puts American lives at risk every single day.

The pocketbook impact was also ignored by Brooke Rollins, the president of the establishment-tied America First Policy Institute and a former top White House official for Trump. She wrote in a January 24 op-ed for Newsweek:

One year later, look to all the challenges facing America: a looming war in Europe, a lost war in Afghanistan, rampant criminality in our cities, a pandemic wholly out of control, schools gripped by fanatical ideologues, supply-chain breakdowns and more. All these things are direct consequences of—or were massively aggravated by—the governance of President Joe Biden.

So far, the GOP leaders and legislators in Congress have done little to block or defund the Mayorkas strategy. Some, however, are planning a 2023 pushback if they gain a House majority in 2022.

Mayorkas’ ideological and corporate agenda has torpedoed Biden’s anti-poverty agenda. As a result, 57 percent of 1,815 registered voters disapprove of Biden’s immigration policies, according to a January 19-20 poll by Harvard-Harris. Just 35 percent approve of Biden’s performance.

Migration moves money, and since at least 1990, the federal government has tried to extract people from poor countries so they can serve U.S. investors as cheap workers, government-aided consumers, and high-density renters in the U.S. economy.

That economic strategy has no stopping point, and it is harmful to ordinary Americans. It cuts their career opportunities and their wages while it raises their housing costs.

The strategy also curbs Americans’ productivity, shrinks their political clout, and widens the regional wealth gaps between the Democrats’ coastal states and cities and the Republicans’ heartland states and GOP-run suburbs and towns.

Unsurprisingly, a wide variety of little-publicized polls show deep and broad opposition to labor migration and the inflow of temporary contract workers into jobs sought by young U.S. graduates.

The opposition is growing, anti-establishment, multiracial, cross-sex, non-racist, class-based, bipartisan, rational, persistent, and recognizes the solidarity that Americans owe to each other. 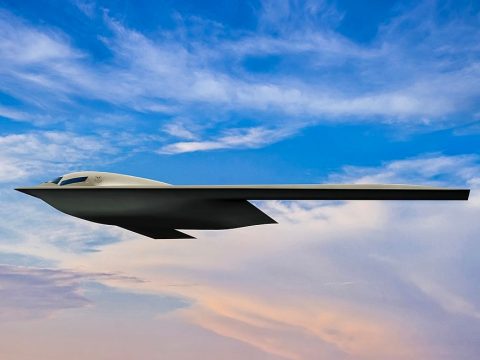