The Daily Caller News Foundation again demanded Thursday that Chicago Mayor Lori Lightfoot stop denying one of its reporters an interview due to his race.

Judicial Watch filed an injunction against Lightfoot on behalf of the DCNF and Thomas Catenacci, one of its reporters. Catenacci, who is white, was denied the interview after Lightfoot announced that she would only grant interviews to journalists of color last month.

“There is no excuse for racial discrimination,” Catenacci said. “Every day that goes by without the Mayor granting my interview request because of my race violates my rights and tramples on the First Amendment.”

The DCNF and Judicial Watch brought the suit last Thursday after repeated attempts by Catenacci to interview Lightfoot went unanswered. Lightfoot denied Catenacci’s request by “failing to respond in a timely manner,” the lawsuit said, noting that “on information and belief,” Lightfoot is aware that Catenacci is “not a journalist of color.”

In an interview on “Fox & Friends,” Catenacci said that he was initially “shocked” at Lightfoot’s policy.

“I think that we shouldn’t live in a country where anyone is treated worse than anyone else or given opportunities that anyone else is otherwise given solely because of race,” Catenacci said. “Like a lot of people out there, I was just really surprised that an elected official would do something like this.” (RELATED: DCNF Reporter Discusses Lawsuit Against Lori Lightfoot)

Lightfoot’s policy has been widely condemned, including by journalists of color.

One Latino reporter at the Chicago Tribune who had the opportunity to interview Lightfoot declined the invitation after the mayor refused to rescind her policy.

“I asked the mayor’s office to lift its condition on others and when they said no, we respectfully canceled,” Tribune reporter Gregory Pratt wrote on Twitter. “Politicians don’t get to choose who covers them.”

“Diversity and inclusion is imperative across all institutions and media,” she tweeted earlier in May. “In order to progress we must change.”

“This is exactly why I’m being intentional about prioritizing media requests about POC reporters on the occasion of the two-year anniversary of my inauguration as mayor of this great city,” Lightfoot said.

0 30
‘There Is A Border Crisis’: Texas Democrat Slams Biden For Failing To Talk About The Border During His Congressional Address 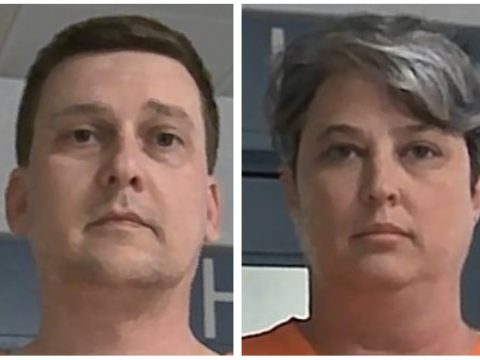