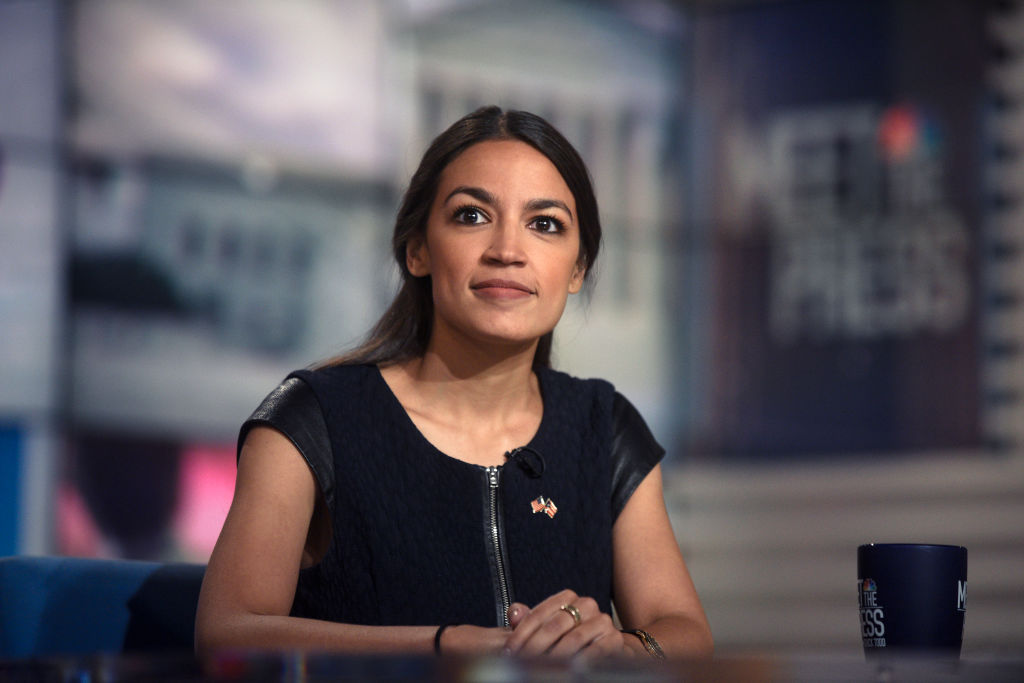 Congresswoman Alexandria Ocasio-Cortez (D-NY) and her Democratic colleagues, Sen. Kirsten Gillibrand (D-NY) and Reps. Bill Pascrell (D-NJ) and Marcy Kaptur (D-OH), on Thursday unveiled a “postal banking” bill that would expand the United States Postal Service. Ocasio-Cortez suggested the agency’s expansion would fix a host of issues for low-income Americans in both urban and rural areas.

The bill is likely to cause more harm than good.

The USPS has long been a thorn in taxpayers’ side as it hemorrhages money year-after-year. According to a General Accountability Office (GAO) report, the agency lost a total of “$87 billion over the last 14 fiscal years – including $9.2 billion in fiscal years 2020.” The agency expects to lose an additional “$9.7 billion in fiscal year 2021,” despite a $2 billion increase in revenue and an uptick in package deliveries due to the pandemic, Forbes reported.

According to University of Notre Dame Management Professor James O’Rourke, the agency’s financial shortfalls have to do with a Congressional pre-funding requirement.

“The reason the postal service is losing money is because of a congressionally mandated retirement healthcare funding program that no other government agency is required to observe,” O’Rourke told Notre Name News last year. “This creates a $6.5 billion annual shortfall that could easily be avoided.”

Under this requirement, the USPS is required to pay for its retiree pension “for retirees up to 75 years in the future,” Government Executive reported. “In fiscal 2019, for example, 83% of the $8.8 billion the agency lost came from payments into its retiree pension fund and retiree health benefits fund.”

The USPS is the only government agency to have this kind of requirement in place, O’Rourke said.

The USPS can’t deliver the services it already offers.

As it currently stands, the USPS’ primary function is to transport mail and packages from point A to point B in a timely manner. The agency can’t do that despite serving more than 41,000 zip codes, having more than 31,000 retail offices, and roughly a half-million employees.

The agency’s inability to deliver mail to customers in a designated timeframe is having a drastic impact on Americans across the country. It’s also causing the USPS’ demise to spiral even further.

“Consumers are inundating members of Congress with stories of late bills — and the late fees they’ve absorbed as a result. Small-business owners are waiting weeks, even months, for checks to arrive, creating cash-flow crunches and debates on whether to switch to costlier private shippers,” The Washington Post reported. “Large-scale mailers, such as banks and utilities, are urging clients to switch to paperless communication, a shift that would further undercut the agency’s biggest revenue stream.”

Other Americans rely on the mail for medications, meaning “delays can be a matter of life and death.”

A cat rescue in Hawaii needed medication for a rescue named Naya, who developed a disease from “a kind of fatal, feline coronavirus,” The New York Times reported. The only way to obtain the medication in time was through a black market drug store.

Rescue volunteer Daniela Stlfi-Tow ordered the medication on three different occasions. The first two packages were mailed through USPS, although they were stuck in two different locations: New York and California. The third medication actually made it to the rescue but it was delivered via FedEx.

“I just cried. I was just like, ‘Oh, my God, you saved her life,’” Stolfi-Tow recounted to the Times. “It’s appalling to me that the government has not stepped in and said, ‘Hey, get it together or stop taking packages until you can deal with whatever the problem is.’”

Every day Cook receives an email from the USPS’ informed delivery program. An email on March 31 showed her stimulus check in the mail but it was never delivered.

“I had my stimulus check scanned in on the 31st but they have not delivered it,” Cook said on April 9.

“I talked to my friend down my street, her mom has not received her insulin and her mom is not able to go out to a doctor. Everything comes there,” Cook said. “This can be dangerous.”

Chicago resident Lorraine Sardin had a story similar to Cook’s.

Sardin went two weeks without receiving mail while she was waiting for her social security cards and stimulus check.

“That’s how I pay my carrying charges, my lights, gas, you know. Things like that. And that keeps me going. And for me not to get it is drastic for me,” Sardin told ABC 7.

Because more Americans turned to online ordering through the pandemic, there are likely thousands more stories like these.

There’s not a significant need for “banking” at the post office.

During Thursday’s press conference, Ocasio-Cortez stated “millions” of Americans were likely to use “postal banking” because of fees associated with check cashing businesses.

“I can’t tell you how many families I see go in and they can’t afford to be banked. Think about that, how many millions of people in this country that either can’t afford to be banked or struggle to be banked,” she said. “And so they’ll show up to a check cashing place. Imagine cashing your stimulus check for $1,400 and having 10% to 20% of that check taken away from you. Those are diapers. That’s baby formula. And that’s food that is taken out of the hands of the families just to cash a check.”

Despite that, a 2019 study from the Federal Deposit Insurance Corporation (FDIC), found that “Nearly 95 percent of U.S. households (approximately 124 million households) were banked (i.e., had a bank or credit union account). This is the highest number and percentage of households with bank accounts since the survey was first conducted in 2009.”

Those who do not have banks make up 5.4% of the country, the FDIC study concluded, which translates to 7.1 million households.

But the reason people don’t have banks, especially in the Bronx, isn’t because they can’t find banks. It’s because of the instant need for cash.

“If they have deposited that check in the bank, it would take three or four days to clear,” Lisa Servon, a University of Pennsylvania professor studying urban poverty, told PBS in 2017. “When they come here, they can use that cash right away. And they won’t be subject to the kind of mistiming at a bank that could lead to an overdraft fee of $35.”

The United States Postal Service needs to address its glaring issues – like its solvency and delivery times – before a conversation about expanding services takes place. The American people deserve to address this issue if and when the USPS proves they can be profitable and deliver mail in a timely fashion. Assuming that day finally comes, we can then talk about the lack of need for the very services Ocasio-Cortez and her colleagues are calling for.

Beth Baumann is a Political Reporter and Editor at The Daily Wire. Follow her on Twitter @eb454.