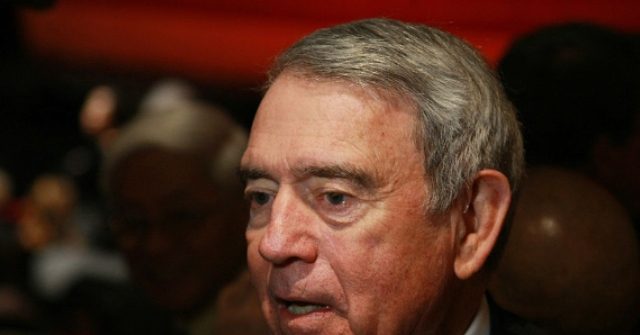 Former CBS News anchorman Dan Rather was reminded of his past Wednesday night, receiving an onslaught of criticism after citing “truth” when mocking the popular phrase, “Let’s Go, Brandon.”

Rather, who was fired from his post as the anchorman in the early 2000s after infamously running a hit piece on former President George W. Bush which was later revealed to contain forged documents — received backlash on social media when he tweeted, “#LetsGoBrandonReallyMeans ‘You can’t handle the truth.’”

The widely reported phrase “Let’s go, Brandon,” went viral across the country in October after an NBC Sports reporter falsely claimed during a live television interview that a crowd of NASCAR fans was chanting “Let’s Go, Brandon” to support the winning driver, Brandon Brown. However, the crowd was clearly chanting “F*ck Joe Biden!”

#LetsGoBrandonReallyMeans “You can’t handle the truth.”

As Rather received criticism, one person reminded him, “aren’t you the “journalist” who presented unauthenticated documents in a news report on President George W. Bush’s Vietnam War-era service in the National Guard, and was abruptly fired for it.”

Speaking of not being able to handle the truth, aren’t you the “journalist” who presented unauthenticated documents in a news report on President George W. Bush’s Vietnam War–era service in the National Guard, and was abruptly fired for it?#TruthHurts #LetsGoBrandon https://t.co/vnRoY2dNPx

Imagine being Dan Rather.

Remember when you and your producer fabricated memos to derail Bush 43’s presidency, but you were caught, fired, and shamed off air?

Can you remind the internet why you’re not on TV anymore? https://t.co/cFLQ2UJj9a

The Godfather of #FakeNews is flappin’ his Twitter lips again https://t.co/Lio9MMyZJN

Didn’t you get fired for lying on television?

The man knows nothing of the truth https://t.co/d10xz4s2kl

Hi Dan.
I’m not sure you should lecture anyone about “the truth”:

You went with the preferred narrative, not with facts.https://t.co/wY938TFSh1 pic.twitter.com/UQKe64eZh8

— The Socialist on the Wrecking Ball (@AboutAverage) December 30, 2021

The Media Research Center summarized the downfall of Rather and his resignation:

On September 8, 2004, Dan Rather cited “exclusive information, including documents” to justify major CBS Evening News and 60 Minutes stories alleging that George W. Bush shirked his duties when he was in the Texas Air National Guard in the 1960s and 1970s. Within a few hours of those documents being posted on CBS News’ Web site, however, typography experts voiced skepticism that the documents had actually originated with their alleged author and Bush’s former commanding officer, the late Lt. Colonel Jerry Killian.

As the evidence mounted, Rather stubbornly clung to the idea that his story was bulletproof, and he derided critics as partisans and Internet rumormongers. When he “apologized” on September 20, Rather would not concede that the documents were forgeries, only that he and CBS could “no longer vouch for their authenticity.” On November 23, 2004, CBS announced that Rather would soon be leaving his job as anchor of the CBS Evening News. An investigative report released on January 10, 2005 faulted CBS’s rush to put the flawed story on the air and their “stubborn” defense in the days that followed, but oddly decided that they could not blame partisan bias.

In July 2006, Rather appeared on CNN’s Larry King Live to say he “absolutely” believed in “the truth” of his discredited story about Bush’s National Guard record. He said, “we had a lot, a lot of corroboration, of what we broadcast about President Bush’s military record. It wasn’t just the documents.” 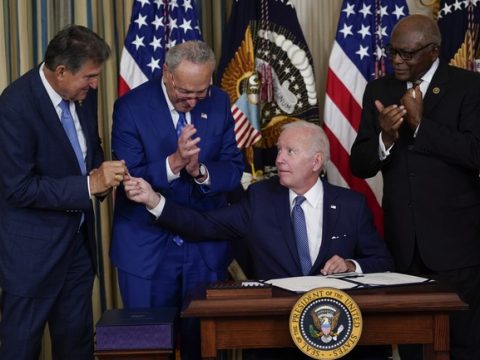 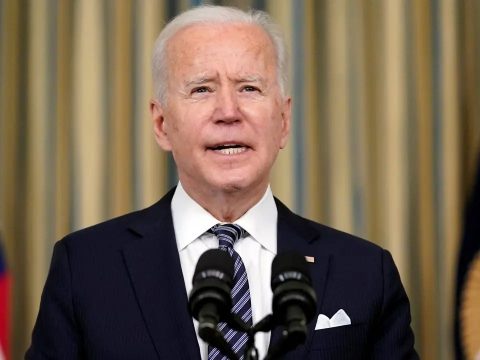 0 70
Biden Adviser Anita Dunn Forced to Divest Portfolio Worth Between $16.8-48.2 Million to Avoid Conflicts of Interest 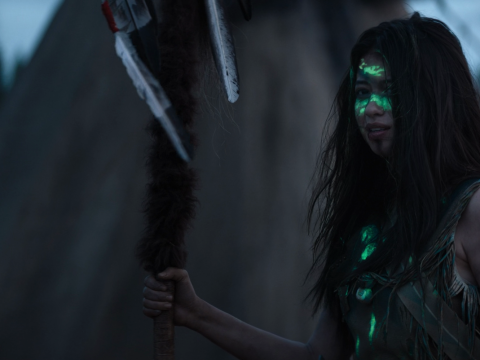 0 75
“Prey” Star Pushes Back Against Critics Who Claim Film Is “Super-Woke”, Says They “Have No Idea What They’re Talking About”