Fox Business host Dagen McDowell mocked the Democrats fighting amongst themselves over the infrastructure bill and accompanying $3.5 trillion reconciliation package.

McDowell said on Friday’s broadcast of “The Five” that watching the Democrats fight over the spending packages was like “watching some chicks pull each other’s hair out while the Gas’n’Sip is getting robbed at gunpoint behind you.” (RELATED: ‘Stop Treating Us like We’re Stupid!’: Dagen McDowell Says No One Likes ‘Hunter’s Daddy Telling The American People How To Raise Their Kids’)

“This is, as you pointed out, a bipartisan package. So they should get on the stick,” McDowell began, saying that if Democrats really believed the roads and bridges needed fixing they would take the win on the bipartisan deal.

McDowell then pivoted to address the infighting within the Democratic Party, adding, “I love watching a good catfight. Kennedy knows that, but this is like watching some chicks pulling each other’s hair out in the parking lot while the was Gas’n’Sip is getting robbed at gunpoint behind you — oh, and the entire neighborhood is getting robbed, really the entire country. That’s what this looks like.”

McDowell went on to argue that the country did not need any of the spending outlined in the Build Back Better reconciliation package either, adding that even if the Democrats settled on a lower total amount like the $1.5 trillion that Democratic West Virginia Sen. Joe Manchin had proposed, the final ticket price was likely to be much higher. “How about this never happens. That’s the win,” she said.

She also pointed to some of the items included in the package — such as higher capital gains tax rates and increased corporate taxes, which she said would only hurt small businesses that were still struggling to rebound from the pandemic.

“Just one more thing, Bernie Sanders in that tweet — two senators cannot be allowed to defeat what 48 Senators and 210 House members want? It’s 52, comrade. Not 2. It’s 52 Senators versus 48,” McDowell concluded. “A fundamental misunderstanding from Sanders in civics and math. That’s who wants to spend your money, Dan.” 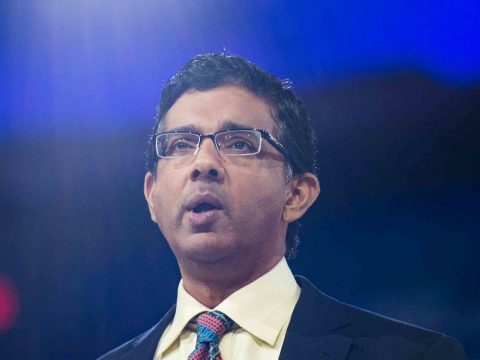