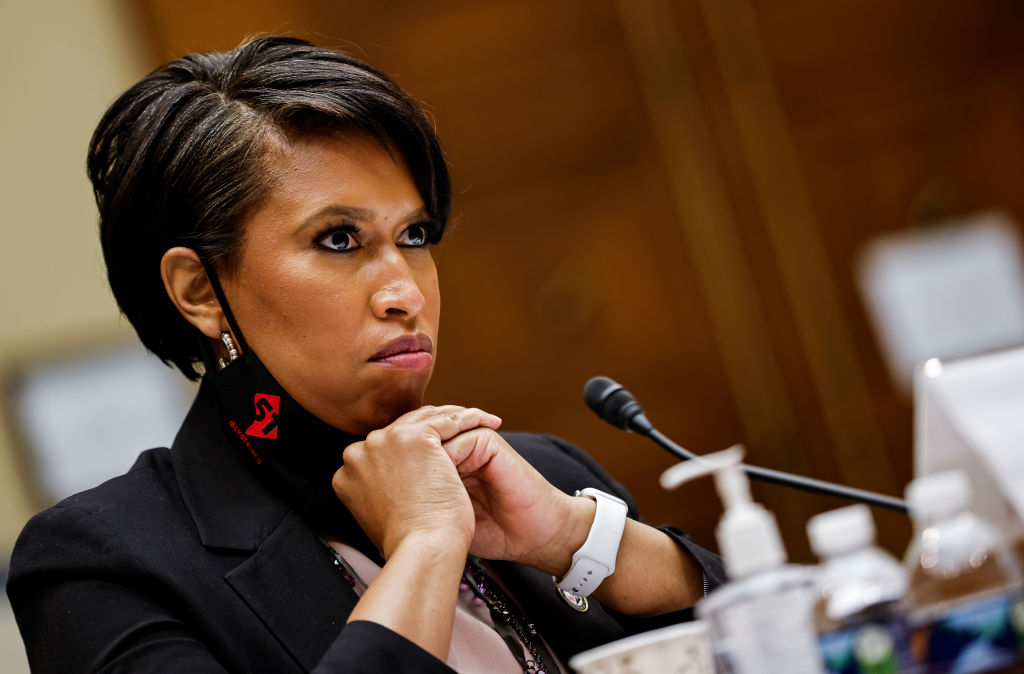 Democratic Washington, D.C., Mayor Muriel Bowser on Wednesday defended her recent decision to ban dancing and standing at weddings in the District of Columbia and suggested District residents should instead be glad they can even host a wedding.

Asked during a CNN interview what good a wedding is without dancing, Bowser chuckled and replied, “Well, I think there’s a lot of good to a wedding, like people starting off their lives together and doing it in a safe way, and not doing it in a way that puts themselves or their guests in danger.”

“And let me be clear. On May 1, we were proud of our residents and businesses, who made conditions in D.C. such that we can start opening up these facilities. An alternate headline may be, ‘Now you can host a wedding in Washington, D.C.,’” Bowser added.

In addition to banning standing and dancing, the city’s new guidelines also limit weddings to 25% of a venue’s capacity or less than 250 people.

D.C. @MayorBowser defends her ban on dancing: “An alternate headline may be, ‘Now You Can Host a Wedding in Washington, D.C.’ … And just like our restaurant guidelines suggest is that you have to be seated to enjoy the restaurant.” pic.twitter.com/e2gILPVpNu

Bowser announced in early April that restrictions on large gatherings in the District would be loosened on May 1, though she gave no indication about the new dancing ban. Wedding planners and couples are now struggling to adjust to the unexpected new guidelines, according to DCist. Many are moving their venues to just a few miles away in neighboring Virginia or Maryland, where there are no dancing restrictions.

Stephanie Sadowski of SRS Events said she was “completely shell-shocked” at Bowser’s order, according to WUSA 9. “There’s hardly been any time to react, rather than being incredibly frustrated and angry with Washington, D.C., and Mayor Bowser for completely blindsiding us.”

[Bond Events founder and creative director Lyn Stout] says that the ban on dancing or standing during special events isn’t a continuation of previous policy — it’s new, and it came as a huge surprise to people in D.C.’s live events industry. When the mayor announced in early April that restrictions would ease in May on large gatherings like weddings, graduations, and conferences, planners got to planning, unaware that the order would also include the prohibition on dancing.

“We were able to have successful events in the fall. I mean, there were many weddings that stuck to the guidelines. They wore masks. They could only eat and drink at their tables. There was no ban on dancing at the time. It was just a restriction on the amount of people,” Stout says. “We even put hula hoops on the floor to keep people apart, to give them space.”

Now, Stout says, venue staffers are feeling the stress, as are the couples. “I mean, these couples have been planning some of these receptions for four years now,” she says. “One of our planners we interviewed with yesterday was telling us that one of their couples has broken up over it.”

Bowser’s comments came during an interview regarding her admission to the Democratic Governors Association (DGA) amid the Democrats’ push for D.C. statehood.