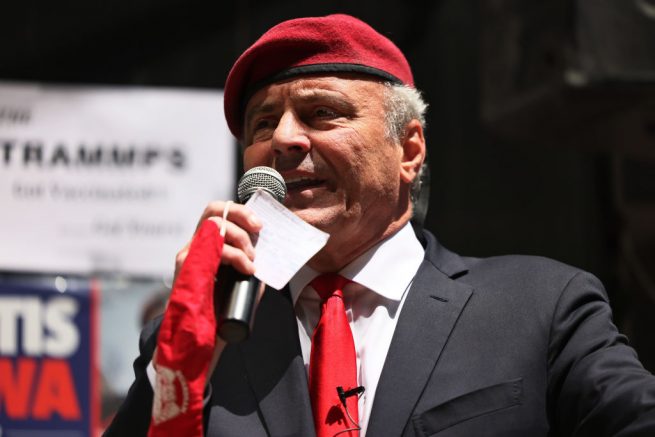 New York City Republican mayoral candidate and founder of the Guardian Angels, Curtis Sliwa, said he knows exactly how he can win his election bid in the Democrat strong hold.

“Look, I’m the real deal and what I’ve done for the Republicans is carve a pathway to City Hall,” said Sliwa. “Just like how you saw Rudy Giuliani standing there with me who endorsed me, when he was selected on a law and order platform because the city was so out of control.”

Enjoyed campaigning with my friend @Curtissliwa. If you live in NYC make sure you go out and #VOTE FOR CURTIS SLIWA TOMORROW. You deserve a safe place to live! Vote Sliwa for Mayor pic.twitter.com/h6DvlD7Onq

Despite the challenge Republicans have had in getting elected in the deeply blue city, Sliwa said he brings something new to the GOP. He also described his advances to “the projects” and to the tenements, while spreading his message and doing the grunt work in order to get elected.

“I’m that kind of Republican. Even Rudy Giuliani acknowledged, he said, ‘You’ve been in neighborhoods where the only Republican they’ve ever seen is Abraham Lincoln on a $5 bill.’ I’m in “the projects,” stated Sliwa. “I’m in the tenements. I ride the subway every day. I am not your conventional Republican.”

We just won big. But we are not done.

That is my focus—the people. Not partisan politics.

Sliwa also claimed his record on crime and police outdoes any Democrat in the field and when city police were ordered to stand down against looters and rioters, Sliwa took it upon himself to call the Guardian Angels to action in order to protect the city during the summer of 2020.

While the New York City Democrats have not officially announced a candidate yet, Sliwa will face an uphill battle for the mayor’s office as Democrats outnumber Republicans seven-to-one in the Big Apple.