In an interview with The New Yorker, Lindsey Boylan, the first woman to publicly accuse Democratic New York Gov. Andrew Cuomo of sexual harassment, claimed that in 2018, at a meeting at the Governor’s mansion, after Cuomo’s puppy jumped up and down near her, Cuomo joked that if he were a dog, he would try to “mount” her, too.

Boylan, who resigned in September 2018, told The New Yorker’s Ronan Farrow, “I remember being grossed out but also, like, what a dumb third-grade thing to say. … I just shrugged it off.”

Farrow noted, “A spokesperson for Cuomo declined to comment specifically on the claim, but reiterated Cuomo’s denial that he behaved inappropriately with Boylan.”

At a press conference that February, Cuomo had proudly showed off his new puppy, a Siberian-Shepherd-Malamute mix named Captain. After the meeting, Boylan said that she made her way toward the entrance with the Governor, and Captain approached her. When the dog jumped up and down near her, Boylan said, she reached out to calm him, and then backed away. Cuomo, she said, joked that if he were a dog, he would try to “mount” her as well. Boylan said that she did not reply. “I remember being grossed out but also, like, what a dumb third-grade thing to say.” She added, “I just shrugged it off.” A spokesperson for Cuomo declined to comment specifically on the claim, but reiterated Cuomo’s denial that he behaved inappropriately with Boylan.

Boylan, a former top aide to Cuomo, stated in the interview with Farrow that she had initiated her sexual harassment claims against Cuomo in mid-December because of rumors that the Biden Administration would appoint Cuomo U.S. Attorney General. She had already tweeted for months that the workplace around Cuomo was hostile and toxic. After a fellow former Cuomo employee communicated to her that she had felt sexually harassed by Cuomo, Boylan told Farrow, “I felt really responsible for what happened to this woman, because I didn’t do something about it.”

Boylan told Farrow that once reaction erupted online to her accusations on December 13, which she tweeted while in the car with her husband, “I felt like I was just exploded. And he felt like he was having a heart attack.”

One source, recalling that the group was already dealing with the allegations that Cuomo’s office had deliberately undercounted deaths in New York nursing homes revolving around the coronavirus, stated that the group was “putting that to bed, and then she pipes up. And then it’s sort of a big scramble. It was, like, what the hell do we do about this?”

Boylan’s personnel records were leaked to the press in an effort to discredit her. A source told Farrow, “The decision was made collectively. That these are facts, the reporters should see them.”

A spokesperson for Cuomo stated, “As we said before, Ms. Boylan’s claims of inappropriate behavior are quite simply false.”

“Boylan says that the pattern of inquiries about her and comments about her looks continued through the rest of her time in the administration,” Farrow wrote. “E-mails from Cuomo aides reviewed by The New Yorker were consistent with that account.”

Farrow’s article concludes, “Boylan had personally witnessed Cuomo’s belligerence with the press, and it had left a searing impression on her. ‘I remember being in the car after one of our trips with the Governor and Melissa. And he is obliterating someone on the phone. He’s obliterating him,’ she said. ‘I’m just assuming it’s one of our staffers. And it was this famous reporter.’ She went on, ‘His main source of power is destroying you in the press.’ She paused. ‘Look what he did to me.’” 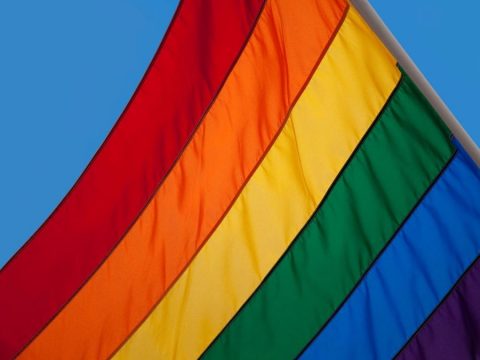