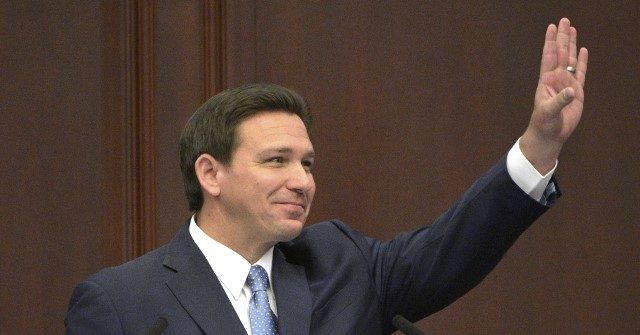 Those in attendance at Florida Gov. Ron DeSantis’s (R) press conference in Madison, Florida, on Monday shouted, “Four more years!” at the end of the presser, as the governor faces reelection in this year’s midterm election.

Throughout the press conference, DeSantis spoke about how Florida seeks to be a solution to the problems seen over the last year of Biden’s presidency — including inflation, which he said is a “predicable consequence” of printing so much money. The supply chain crisis, partially caused by “arbitrary and harmful” coronavirus restrictions, has also affected Americans, prompting Florida to expand what can come into Florida ports, he said, explaining it has gone up 10 to 15 percent in recent months.

“Yes, Florida is a free state. People have wanted to visit, people have wanted to move in record numbers and that’s fine and that’s a big reason,” he said, adding that one of the reasons that people like the Sunshine State is because “with me as governor, we are a law and order state,” citing law enforcement being treated “poorly” in other areas of the country such as Portland, triggering worsening crime in those areas.

As DeSantis departed the stage, members of the crowd shouted, “Four more years!”

DeSantis faces reelection this year, but it remains unclear which Democrat he will face in the general election. However, survey after survey shows the Republican governor handily defeating both potential Democrat challengers, Rep. Charlie Crist (D-FL) and State Agriculture Commissioner Nikki Fried. 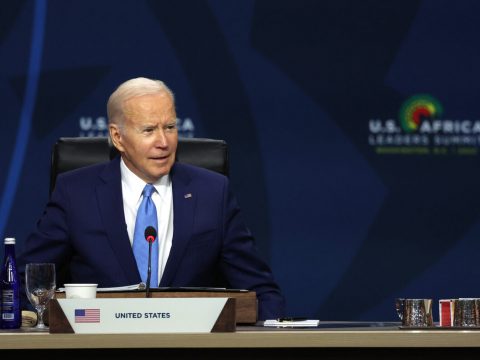 0 26
Some Apple workers in Australia vote to strike over pay, benefits