Migrants arrive to El Ceibo, Guatemala, on August 19, 2021, after being deported from the U.S. and Mexico. – Dozens of migrants, mostly Central Americans, who arrived in the U.S. in search of shelter and employment but were expelled to Mexico, are forced to head to Guatemala. (JOHAN ORDONEZ/AFP via Getty Images)

A federal appeals court has denied a request from the Biden administration to delay the revival of the Trump-era “remain in Mexico” policy. In an order late Thursday, the U.S. Court of Appeals for the Fifth Circuit denied the request to pause a lower court’s order to revive the policy.

The appeals court cited concern over the government’s ability to defend its position. This comes after a federal judge in Texas ordered the administration to revive the policy last week. The judge noted the Biden administration hadn’t gone through the proper steps to dismantle the program.

The Fifth Circuit stated, “the injunction only requires good faith on the part of the United States…if the government’s good faith efforts to implement MPP are thwarted by Mexico, it nonetheless will be in compliance with the district court’s order, so long as it also adheres to the rest of the statutory requirements.”

0 26
Report: Pelosi allowed recently COVID-positive rep. onto House floor to vote for her 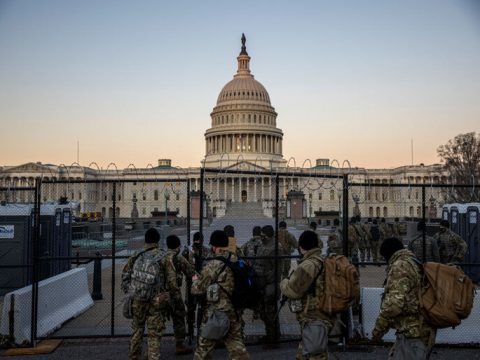