Analysts at the Cook Political Report, who predict the probable outcomes of Senate races, moved Pennsylvania’s race from a “Lean Democrat” back to a “Toss-up” with five weeks left before the election between Democrat John Fetterman and Republican Mehmet Oz.

The Cook Political Report explained in its rating change a “key caveat” to the initial rating change to a Lean Democrat” six weeks ago was the lack of Republicans sending in the race against Fetterman and Oz’s favorability rating. Fast forward six weeks, the outlet explained that with only five weeks before the elections, “that’s exactly where [they] find this race” after talking with GOP strategists and lawmakers who initially thought the state would be a loss for the Republicans.

When we shifted our Pennsylvania Senate rating to Lean Democrat about six weeks ago, we included this key caveat — Republican spending against Democratic nominee John Fetterman had yet to ramp up, and that while Republican Mehmet Oz still has a hefty problem with his own favorables, that “it’s not out of the question that this could move back [to Toss Up] as the election nears.”

Now, with five weeks until Election Day, that’s exactly where we find this race. In conversations with several GOP strategists and lawmakers — who a month and a half ago had begun to put the Keystone State in the loss column — this has emerged as a margin-of-error race that they once again see winnable. Republicans and Democrats alike admit the race has tightened and that Pennsylvania could be the tipping point state for the Senate majority.

Overall, the amount spent so far is near parity between the two parties, with Fetterman and Democratic groups having spent $67.7 million so far on ads, compared to $66.3 million for Oz and Republicans. Looking at this past week alone (Sept. 27-Oct. 4), Republicans have narrowly outspent Democrats, nearly $4.4 million to $4.2 million. However, Democrats have had almost 1500 more GRPs on the air during that time. Given that candidate rates are lower than superPAC rates, Fetterman’s $1.5 million ad spending went further than Oz’s $723,000. The Schumer-backed Senate Majority PAC spent $2.5 million last week, compared to $3.1 million from SLF.

As the outlet pointed out, a lot of outside money has been spent on this race in recent weeks.

Mitch McConnell-aligned Senate Leadership Fund, National Republican Senatorial Committee (NRSC), and the Republican National Committee (RNC) have all gone after Fetterman for his soft-on-crime record and his time on the Pennsylvania Board of Pardons, where he voted to release multiple violent criminals.

In fact, the RNC released Monday outlined a handful of violent criminals that Fetterman voted to have released from prison during his time on the Pennsylvania Board of Pardons.

Data from AdImpact shared with Cook showed that 71 percent of GOP ads targeting the Democrat since August have been on crime, costing more than $8.8 million. Fetterman has pointed to his record as Braddock mayor in response to the attacks.

Taylor also pointed to a recent Suffolk poll that showed the Republicans’ attacks are affecting Fetterman since his unfavorable rose 17 points since June as Oz has remained 17 points underwater.

“John Fetterman is the most radical Democrat Pennsylvania has ever seen,” RNC’s Will O’Grady told Breitbart News in response to the rating change. “No amount of lies can hide Fetterman’s record of seeking to release violent murderers from prison and destroying Pennsylvania jobs. This race is narrowing because Dr. Oz is the conservative choice voters can trust, while John Fetterman is trying to hide from his looney liberal record.”

Jacob Bliss is a reporter for Breitbart News. Write to him at [email protected] or follow him on Twitter @JacobMBliss. 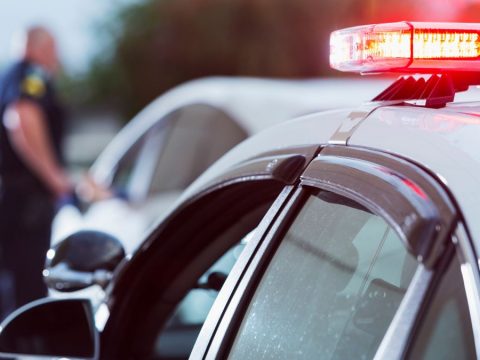