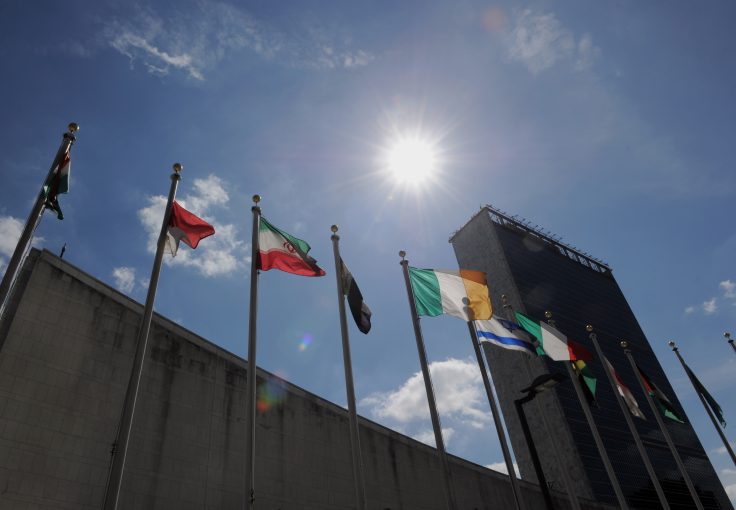 The State Department formally moved on Monday to put the United States back on the UNHRC, which the Trump administration boycotted in 2018 over its anti-Israel agenda and inclusion of several countries known for conducting mass human rights abuses, such as China, Russia, and Cuba.

Conservative foreign policy voices quickly criticized the State Department decision, saying the Biden administration will face difficulties in attempting to reform an organization that has long been used as a platform to promote anti-Israel views and give cover to some of the world’s foremost human rights abusers.

“The UN Human Rights Council doesn’t improve human rights. It covers for dictators & human rights abusers like Russia, China, & Venezuela,” Nikki Haley, former U.S. ambassador to the United Nations during the Trump administration, tweeted. “Sad to see the Biden admin[istration] legitimize an org[anization] that has become a farce to human rights advocates around the world.”

Brett Schaefer, a research fellow at the Heritage Foundation, a conservative think tank, warned the Biden administration against legitimizing the UNHRC, which he said “almost never works well in confronting influential, repressive states about their abuses.”

“The Council’s problems have been manifest since it was established in 2006 and have continued whether the U.S. was present or absent,” Schaefer said Monday following the Biden administration’s announcement. “This is in large part because the Council has no credible standards for membership. Not even the world’s most repressive regimes have been excluded. Currently, China, Cuba, Pakistan, Libya, Russia, Venezuela, and other human rights violators sit on the HRC.”

Schaefer said the council’s “obsessive” focus on Israel will not be reduced as a result of the Biden administration’s decision.

Secretary of State Antony Blinken announced the United States will rejoin the council as an observer in order to reform the body. “Our withdrawal in June 2018 did nothing to encourage meaningful change, but instead created a vacuum of U.S. leadership, which countries with authoritarian agendas have used to their advantage,” he said in a statement.

0 18
Actress ‘Learning’ To Have Conversations With One-Year-Old About Racism: ‘It Starts With Her Dolls’