Hillsdale College, a conservative institute of higher education focused on teaching the Western tradition, is taking a stand against leftist indoctrination in K-12 education by opening a network of charter schools set on portraying America as an “exceptionally good country.”

As K-12 schools around the country have been exposed as centers for indoctrinating children into believing America is a systemically racist and irredeemable country, the small liberal arts college in southern Michigan is looking to take on “leftist academics” by partnering with states to develop charter schools in its academic tradition as an alternative.

Indeed, Hillsdale developed the “1776 Curriculum” to combat the pseudo-history coming out of the New York Times‘ “1619 Project” and critical race theory — something that leftist school districts have injected into the classroom.

The college that Justice Clarence Thomas called the “shining city on a hill” for its adherence to “liberty as an antecedent of government, not a benefit from government” in his 2016 commencement address has already secured $32 million in public funds from Tennessee Gov. Bill Lee (R) to start 50 charter schools — adding to its ranks of 24 schools in 13 states. Lee called Hillsdale’s approach “informed patriotism.”

“For decades, Hillsdale College has been the standard-bearer in quality curriculum and in the responsibility of preserving American liberty,” Lee said. “I believe their efforts are a good fit for Tennessee.”

Tennessee Gov. Bill Lee speaks on the pandemic in the East Room of the White House in Washington, DC, on April 30, 2020. (Photo by MANDEL NGAN/AFP via Getty Images)

In what appears to be a hit piece about Hillsdale in the K-12 space, the New York Times — apparently unironically — said the advancements represent “pushing the boundaries on the use of taxpayer money for politically tinged education.”

The Times also criticized Hillsdale for its “glossy spin on American history” and its “negative take on the New Deal and the Great Society” — both of which fundamentally altered the relationship between American citizens and their government, heavily favoring government power.

Hillsdale appears to be answering a call from many parents and conservative lawmakers to provide a legitimate alternative to underperforming, activist-driven public schools, and establishment educrats appear uneasy with such an affront to their status quo.

“I’ve been following charter schools over the last 25 years, and I’ve never seen a governor attempting to use charters in such an overtly political way,” University of California – Berkeley education and public policy professor Bruce Fuller told the Times. “You’ve had governors who’ve encouraged the growth of charters to provide more high-quality options for parents, but it’s highly unusual to see a governor deploy the charter mechanism for admittedly political purposes.”

The charters that Hillsdale sets up, however, are not owned or operated by the college itself. Rather, schools sign up to use the curriculum and the college provides free training for faculty and staff.

One critic of the Hillsdale curriculum said it takes an “overly positive” view of American history.

“It talks about the enormity of slavery, but in almost every case, everything that’s bad about America will be undone by what is good,” Dr. Sean Wilentz, a Princeton professor who also criticized the “1619 Project,” told the Times. “Almost, literally, that American ideals will overcome whatever evils may be there.”

The Times also complained that the curriculum takes a critical view of seismic assaults on federalism such as the New Deal and the Great Society programs of the 1930s and 1960s, respectively, as well as its lack of reference to “climate change” in science offerings.

The outlet does concede, however, that the schools produce higher-than-average SAT scores among their student populations. 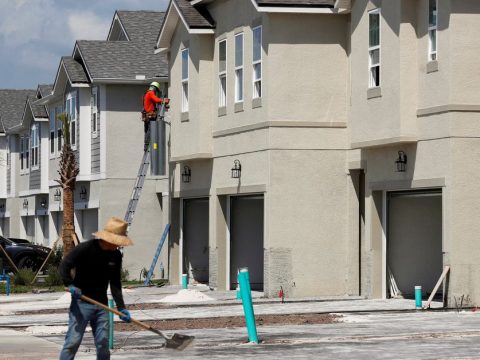